The [SBT] bullet [through JFK's body] had an upward trajectory only when the body was positioned in the so-called "anatomical position". .... Even then, there's not much "upward" to the trajectory -- the throat wound was only slightly above the upper back wound.

The turned-sideways autopsy photo of JFK pictured below is vividly informing any reasonable person that the upper-back wound was located ABOVE the throat wound "ANATOMICALLY". Or is President Kennedy supposedly NOT in an "anatomic" position here--or darn close to it? .... 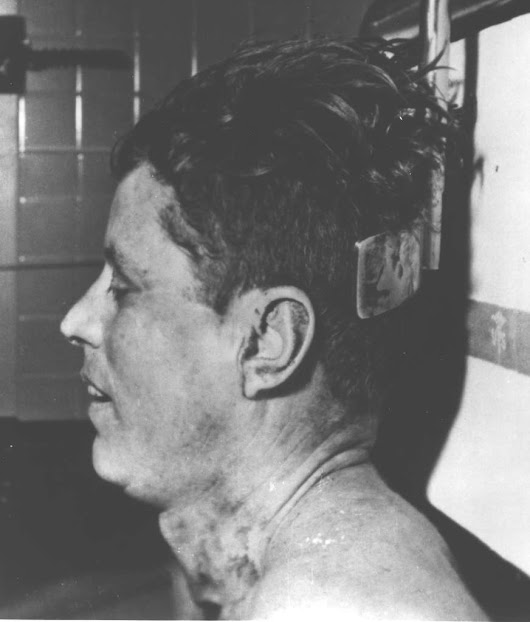 I just cannot believe that anyone (including the HSCA members) could look at the above photo of JFK and conclude that the back wound was anatomically LOWER on Kennedy's body than the visible throat wound in that photo.

And I can only assume that the HSCA/FPP did, indeed, look at that photo, in conjunction with the photo that shows the wound to JFK's upper back, in order to help them resolve this "higher vs. lower" controversy. 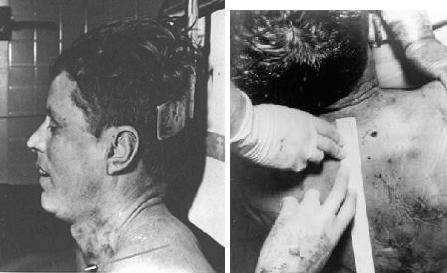