I recently heard in an interview that there is currently underway a massive petition-writing campaign organized by some within the conspiracy asylum to prevent HBO from completing and airing their multi-part series dealing with Vince Bugliosi's "Reclaiming History."

I know nothing more of this alleged campaign than that. If this is true, why on earth would the conspiracy nutjobs want to do this? Since they are confident that the evidence doesn't point to Oswald wouldn't they feel assured that a visual portrayal of Bugliosi's book would only highlight the weakness of the lone nut position?

It stands to reason that the motive behind this campaign is a panic over the possibility that finally, after 45 years, the actual evidence will be examined in detail and many of the poor, unwashed, easily-duped masses will see that the conspiracy emperor actually is wearing no clothing.

They are afraid their hobby will be ruined, and they are afraid they'll need to finally look in the mirror and come to grips with the fact that most of these dolts have spent decades wasting their time when it could've been spent with friends, family or productiive pursuits.

The assassination of JFK has been examined (on film) in pretty good detail already, and very accurately -- in 1964's "Four Days In November" (produced by David L. Wolper through United Artists).

Of course, "Four Days" is only a 122-minute motion picture documentary, whereas the "Reclaiming History" miniseries will apparently be five times that length; therefore much more detail can, of course, be explored in the "RH" HBO series.

Debra Conway started a "protest" petition against Tom Hanks and the "RH" miniseries almost immediately after the HBO project was announced (which was in early June of 2007). But I believe Debra stopped the petition after a few weeks (or months), and nothing more came of it, AFAIK.

In any event, it's always a treat to watch the conspiracy mongers go a little crazy with respect to the proposed "Reclaiming History" miniseries.

I guess actually watching Oswald do it (alone) within a miniseries that fleshes out a lot of the details that CTers always want to sidestep or ignore (or misrepresent) might be a bit too difficult to watch for many conspiracists.

On the other hand, I imagine that many CTers will simply ignore the miniseries altogether. After all, nearly all conspiracy theorists totally ignore the evidence in the JFK case anyway. So, ignoring ten hours of HBO programming won't be too hard to do for the Anybody-But-Oswald clique. 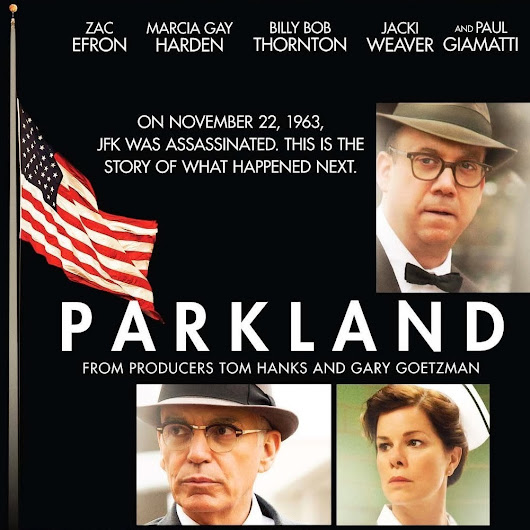