"THIS IS THE WHOLE ESSENCE OF THE CASE TO ME. THE GUY COULDN'T DO THE SHOOTING. NOBODY COULD. AND THEY SOLD THIS LEMON TO THE AMERICAN PUBLIC."

BUT WHAT DID OLIVER STONE REALLY PROVE DURING THAT SCENE FROM HIS MOVIE "JFK"?

WHAT HE PROVED WAS THAT A GUNMAN COULD, INDEED, FIRE THREE SHOTS FROM A BOLT-ACTION RIFLE IN UNDER SIX SECONDS!

IRONY AT ITS FINEST.

Anyway, as we can see in the above video, Ivon/Sanders fires three shots in UNDER SIX SECONDS, utilizing (I can only assume) a bolt-action rifle very similar to that of Lee Harvey Oswald's Mannlicher-Carcano rifle. Kevin Costner (playing Jim Garrison), looking at his watch, claims that Ivon took "between 6 [and] 7 seconds" to get off those three shots, which is dead wrong, and anyone can just watch their own DVD player's elapsed-time counter (or the counter on the video presented above) and count the seconds for themselves.

It took Sanders approximately 5-and-a-half seconds to squeeze off those 3 shots in the movie. Sanders fires his first shot at exactly the 1:14:50 point in the film (elapsed running time), with shot #3 occurring prior to the DVD's time counter reaching the 1:14:56 mark.*

* Based on the "Director's Cut" Two-Disc Special Edition DVD of the film (released in 2001). In the video clip on this webpage above, Sanders' shooting experiment starts 12-and-a-half seconds into the video and ends just as the time counter clicks to 0:18.

In other words, Oliver Stone's movie, apparently without Mr. Stone even realizing what he had placed ON FILM in his own motion picture, proves a key lone-assassin-favoring aspect of the JFK murder case (i.e., that Oswald certainly had enough time to fire three shots from a bolt-action rifle in the allotted time per the Zapruder Film). It's hilarious.**

** Footnote -- I want to give the proper credit where the credit is due concerning that portion of Stone's film. It was a researcher on another JFK forum who noticed that little goof of Oliver Stone's. I've since checked it out myself (numerous times, just to make sure of the 5.5-second timing). Sanders dry fires three shots in approximately 5.5 seconds without a doubt.

If Oliver Stone had been smart (in his usual deceiving way), he would have had Jay Sanders struggling like mad with the bolt of the rifle and would have had the actor take 8 or 9 seconds (or maybe even longer) to do the re-creation.

But as it is, Stone has his actor smoothly working that bolt and getting off three shots in almost exactly the same amount of time that most people think (incorrectly, of course) the Warren Commission was pigeonholing itself into with respect to the shooting timeline.

Anyone who owns the DVD of Stone's "JFK" movie can watch for themselves...and time the 3-shot re-creation for themselves. It's really quite interesting...and very funny (considering it's proving exactly the opposite of what the filmmaker is intending to prove).

Also -- Jay Sanders was utilizing a weapon that I can only assume Sanders hadn't used much, if at all, prior to the filming of the scene. Although it is possible, of course, that "Take #39" was the one with the 5.5-second shooting re-creation that ended up on screen in the movie -- which, if true, would only tend to indicate that "Practice Makes Perfect" when utilizing a bolt-action carbine for rapid-fire shooting.

Maybe conspiracy theorists can start up this new theory --- Oliver Stone's motion picture has been altered by a band of Warren Commission apologists and Government shills in order to show that Lee Oswald's shooting performance could be accomplished in about 5.5 seconds!

The same conspiracists who might be tempted to endorse the above theory can then add (for good measure) --- The film MUST be faked in some way during that shooting re-creation scene in the Book Depository, because why on this Earth would filmmaker and noted conspiracy theorist Oliver Stone possibly want to have—ON FILM—proof of something that most conspiracists say is utterly impossible? 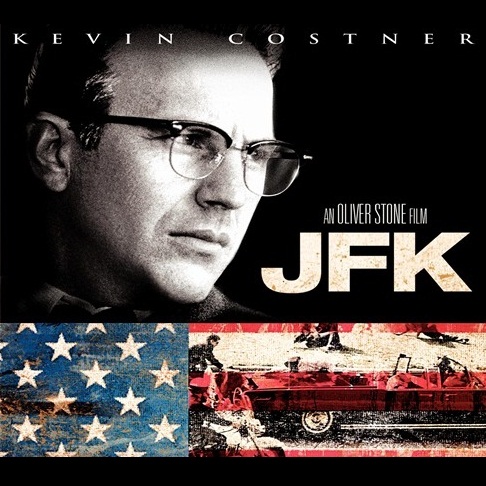