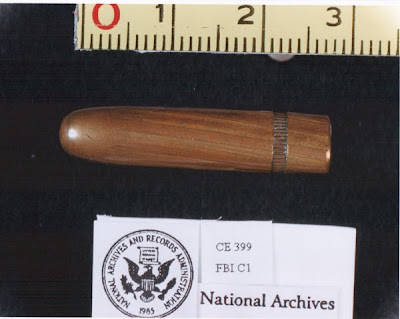 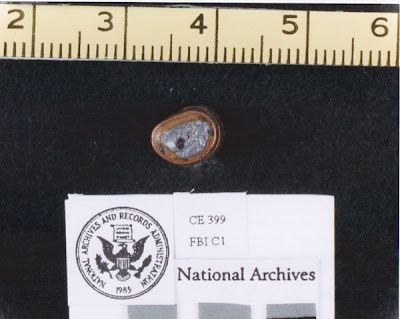 "[There is] NO good witness who places that bullet on Connally's
stretcher. So it's quite plausible to think it was a plant. And how
can we explain the absence of blood or tissue on the bullet?"

Regarding those two things you just mentioned (i.e., "planting" the
bullet on the WRONG stretcher and "planting" a clean bullet):

I always get kind of a kick out of this argument from the conspiracy
brigade....because the illogic of it is twofold (not to mention the
possible conspiracy-PROVING act that these boob plotters were
performing by supposedly planting a whole bullet prior to 2 PM CST on
Nov. 22, when the plotters could not possibly have known where all of
the "REAL" bullets in the case rested).

What if an extra two or three bullets turned up...discovered, say, by
Dr. Perry or a nurse or by Dr. McClelland or Dr. Shaw?

What would the plotters have done then? They'd be stuck with TOO MANY
BULLETS...thus proving the plot they want so desperately to conceal.

It's just silly to even WANT to plant that bullet, even within a
"LET'S GET OSWALD" patsy plot. Because there's so much OTHER stuff
(gun, prints, shells in the Sniper's Nest, and fragments from his
rifle in the limo) that forever ties Lee Oswald to this murder, it
ain't even funny.

But the Patsy Framers decide they want still MORE stuff -- so they
take a whole bullet from Oswald's rifle and then proceed to plant it
on the WRONG stretcher in the hospital?? And plant it under a mat
where it may not even be recovered at all? And they plant a CLEAN
bullet? Wouldn't they want to bang it up some, or smear a little bit
of blood on it?

Or were these plotters so good that they could foresee the "SBT"
months ahead of time? They KNEW, therefore, to plant a perfect "SBT"-
fitting bullet? I.E., a bullet with just about the right amount of
missing lead (about 2.2 grains) and flattened a tad on one side
(simulating the JBC rib strike).

In other words, they seem to KNOW that that whole, not-very-damaged
bullet would fit in nicely with Specter's "Single-Bullet Theory" come
1964.

Golly, those plotters WERE good.

Footnote -- BTW, when did the conspirators manage to steal Oswald's
Mannlicher-Carcano rifle from the Paine garage in order to get CE399?
And who did this?

Nobody has ever answered those questions...least of all Mr. Oliver
Stone, whose film is like a bible to many CTers I've conversed with.

There are many reasons to know that CE399 was not "planted" in that
hospital at the time when it would have needed to be planted.

Common sense, alone, tells a reasonable person that 399 is a bullet
that injured both victims on 11/22/63 and ended up falling out of John
Connally's thigh onto his stretcher.

There isn't a scrap of hard evidence to support the notion that
Stretcher Bullet CE399 was planted by conspirators inside Parkland
Memorial Hospital on November 22, 1963.