"With respect to the right frontoparietal region of the skull, the traumatic damage is particularly severe with extensive fragmentation of the bony structures from the midline of the frontal bone anteriorly to the vicinity of the posterior margin of the parietal bone behind."

IMO, the above Clark Panel quote doesn't really aid Paul Seaton's "BOH" theory at all. And it certainly doesn't aid John Canal's theory either....because John C. insists that OCCIPITAL bone was "fragmented" (broken apart) on JFK's head (not to mention the fact that John C. needs to have the SCALP in the OCCIPITAL area of JFK's head to be extensively damaged in order for his theory to be correct, which is a theory that has all of the Parkland witnesses being correct).

The Clark Panel quote above is talking mainly about the "right frontoparietal region of the skull" (front-right side) and the "frontal bone" (the front part of Kennedy's skull).

I maintain that the following portion of that Clark Panel determination about the skull fragmentation is too non-exacting for these words to be utilized as definitive proof that the VERY BACK PORTIONS of President Kennedy's head (including "occipital" regions, which aren't mentioned at all in that quoted Clark Panel passage) were severely fragmented (i.e., falling to pieces):

"...to the vicinity of the posterior margin of the parietal bone behind." 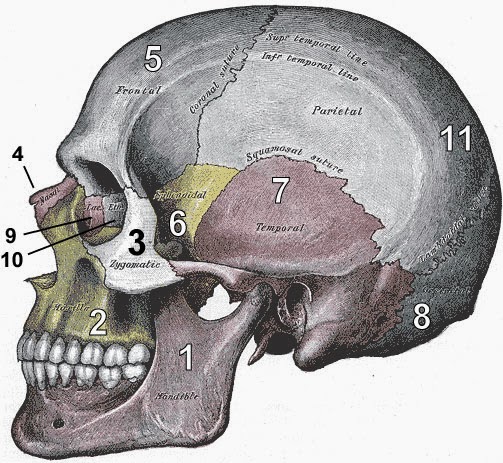 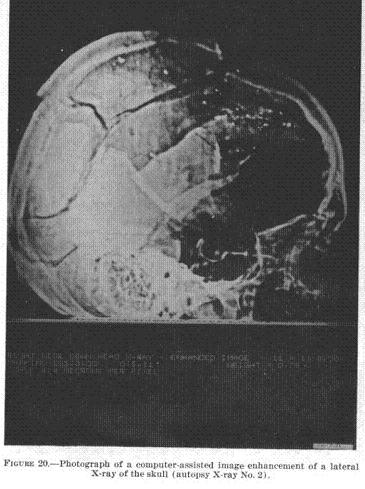 YMMV. But that's my opinion.