There is a New Zealand newspaper available online (Christchurch). It relied on the information being put out from Dallas, and it is rife with error. It has Tippit being killed in the Texas Theater, for instance. I have actual Philadelphia newspapers, from the day of the assassination, and the day Oswald was shot. Even two days later, when Oswald was shot, the paper is still printing erroneous information about the assassination. Newspapers printed tons of erroneous information, and the information taken from them cannot be considered reliable unless it can be corroborated with information outside of newspapers.

Indeed. And not just newspapers were still reporting erroneous information as of the evening of Sunday, November 24th. For example, there's the press conference that was conducted by Dallas D.A. Henry Wade on the night of 11/24/63 (shortly after Oswald was killed by Ruby).

In that press conference (which can be seen on this webpage and in the video below), Wade laid out the evidence that had been gathered against Oswald up to that point in time on November 24, and several incorrect pieces of information were stated by Wade.

Much of that erroneous information was minor, but (in hindsight) some other pieces of false data that Wade was relaying to the public could be deemed a bit more significant in nature....such as when Wade incorrectly tells the press and the live television audience that Oswald's roominghouse on Beckley Avenue in Oak Cliff was located just "a block or two" from the site of J.D. Tippit's murder. In truth, of course, the distance was almost a mile (0.85 of a mile to be exact, per CE1119-A).

Another fairly big error (in hindsight) in Wade's 11/24 conference was when he said that Oswald was the man on Cecil McWatters' bus who told McWatters and the bus passengers that JFK had just been shot and then Oswald supposedly "laughed very loud" (per Wade). But it was later determined that a young boy by the name of Milton Jones was really the person who was laughing on McWatters' bus.

Another error was when Wade said that Oswald deliberately placed his revolver up against Officer McDonald's head during the fight that ensued between Oswald and police in the Texas Theater. That never happened, of course. McDonald was cut across the left side of his face by Oswald's gun, that's true enough. But there's no evidence that Oswald was deliberately pointing the gun at McDonald's head. 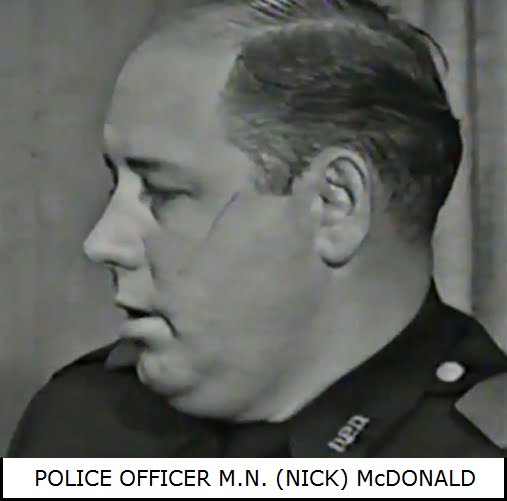 Another mistake was when Wade said that Officer Tippit was shot "three times". Oswald, of course, shot Tippit a total of four times.

However, even though the above-mentioned mistakes were made by Mr. Wade, that doesn't take away from the many BASIC, CORE things that Wade and the Dallas Police Department got RIGHT with respect to the evidence against Lee Oswald (as of the evening of November 24)....

E.g., conclusively tying Oswald to both the JFK and Tippit murders within just a few hours of both crimes; tying the bullet shells found in the Sniper's Nest to Oswald's rifle very quickly; positively identifying the palmprint on one of the Sniper's-Nest boxes as being LHO's print; and also tying the rifle to LHO via the Klein's records in less than 24 hours.