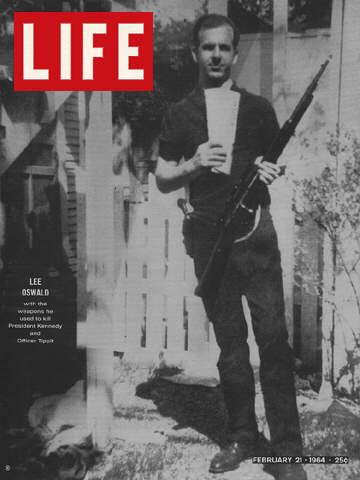 It can certainly be proved that the Depository Carcano wasn't the rifle that can be proved to have been received by Oswald. Whether the recovered rifle was Oswald's or not cannot be determined by the evidence we have available...so I tend to believe it wasn't Oswald's, as THERE IS NO CREDIBLE EVIDENCE WHATSOEVER that LHO ever possessed the 91/38.

It takes a person who is either an outright kook or totally blind or
completely unreasonable or desperate to have Lee Oswald innocent of
murdering President Kennedy to utter the above ridiculous statement
that I just quoted from the e-lips of one Mark Knight of John Simkin's
Education Forum.

Because the trail of evidence that tells any REASONABLE human being
that Rifle #C2766 (aka CE139) was owned and possessed by Lee Harvey
Oswald (aka Alek James Hidell) is so extensive and complete and ironclad
that it would take a person who has his head completely buried in
conspiracy sand to make a foolish statement like this one:

"Whether the recovered rifle was Oswald's or not cannot be
determined by the evidence we have available. .... THERE IS NO
CREDIBLE EVIDENCE WHATSOEVER that LHO ever possessed the 91/38."

The internal paperwork generated AT THE TIME in March of '63 (see
Waldman Exhibit No. 7 below) confirms that Oswald/"Hidell" was
shipped an Italian 6.5mm rifle with that exact serial number on it
("C2766"): 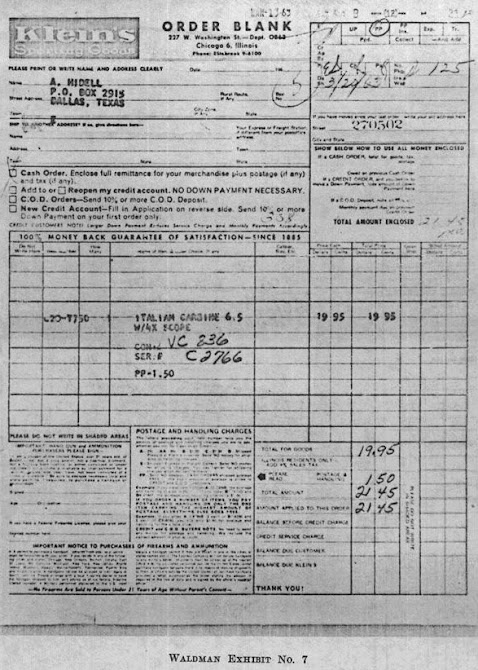 2.) A palmprint belonging to that of Lee Harvey Oswald was discovered
on a Mannlicher-Carcano rifle with the serial number C2766 on it after
the gun was found on the 6th Floor of the TSBD.

Conspiracy theorists can gripe and moan all day long about how this
palmprint of Oswald's never really existed at all, or about how it was
not really found on the rifle. But we're still left with the official
record in this case, and that record shows us that a palmprint of
Oswald's was, in fact, lifted off of Rifle C2766 by DPD's Lieutenant
J.C. Day on 11/22/63, shortly before the weapon was turned over to the
FBI late that night. CE637, pictured below, represents that palmprint: 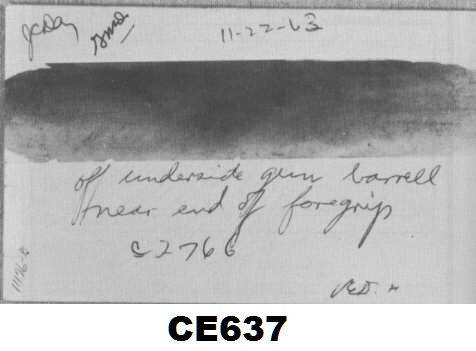 3.) Vincent Scalice, many years later, via different methods of
fingerprint photo comparison, was able to find well over a dozen
"points of identity" linking the previously unidentified fingerprints
on the trigger housing to Lee Harvey Oswald's comparison prints.
[See video below.]

To any reasonable person who examines this evidence, this shows that
it's very likely that the LAST PERSON who touched Rifle C2766 prior to
its being found on the sixth floor of the Book Depository was Lee
Harvey Oswald.

4.) We know, beyond all doubt, that Lee Oswald did, in fact, order a
rifle through the mail (via Klein's in Chicago). The handwriting on
all of the documents connected with this Klein's transaction is that
of Lee Harvey Oswald's, which proves beyond all doubt that it was
Oswald (and no other person on Earth) who ordered and paid for
Rifle #C2766 that was shipped to Oswald/Hidell by Klein's Sporting
Goods in March 1963. [See Warren Report, Pages 118-122.]

5.) Just days after Klein's shipped Rifle C2766 to Oswald/Hidell, Lee
Oswald asked his wife, Marina, to take some pictures of him in the
backyard of their small Neely Street apartment in Dallas.

As near as can be determined, those backyard pictures were taken by
Marina on March 31, 1963. Klein's, remember, shipped the rifle to
Oswald/Hidell on March 20th. So the timing is just about perfect in
that regard. In other words, there was time for the rifle to reach
Oswald's Dallas P.O. box in that 11-day interim.

6.) Photographic experts for the House Select Committee On
Assassinations determined that the rifle that Oswald is holding
in the backyard photos "is the same weapon" [6 HSCA 66] that
was found by police on the sixth floor of the Book Depository on
November 22, 1963.

The HSCA determined, therefore, that the rifle being held by Lee
Oswald in the backyard photographs was, in fact, the very same
rifle that was determined to be the weapon used to assassinate
John F. Kennedy:

"A comparison of the relative lengths of parts of the alleged assassination rifle that is in the National Archives with corresponding parts of what purports to be that rifle as shown in various photographs taken in 1963 indicates that the dimensions of the rifle(s) depicted are entirely consistent. .... A comparison of identifying marks that exist on the rifle as shown in photographs today with marks shown on the rifle in photographs taken in 1963 indicates both that the rifle in the Archives is the same weapon that Oswald is shown holding in the backyard picture and the same weapon, found by Dallas police, that appears in various postassassination photographs." -- 6 HSCA 66

In addition, the House Select Committee's photographic panel also
concluded the following (with respect to the backyard photographs):

"The panel detects no evidence of fakery in any of the backyard picture materials." -- 6 HSCA 146

Now, given all of the above evidence (plus adding in just a small
amount of common sense to go with it), can any reasonable person
really come to a conclusion that Lee Harvey Oswald did not own and
possess Rifle #C2766 (CE139) in the year 1963?

I'll answer that last question myself -- No, they cannot. 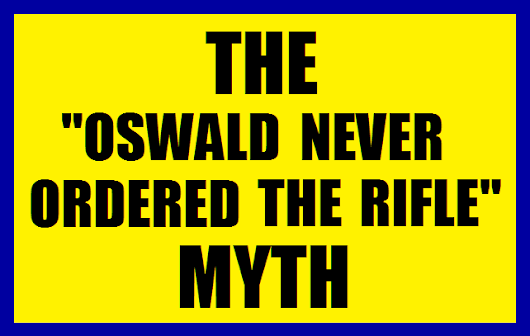 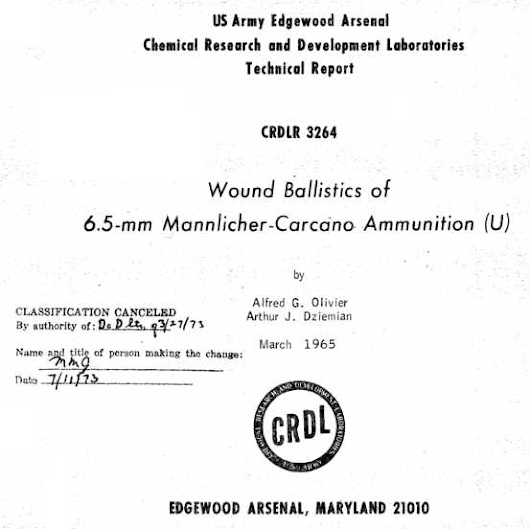 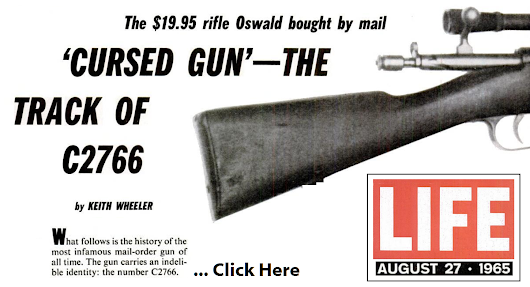