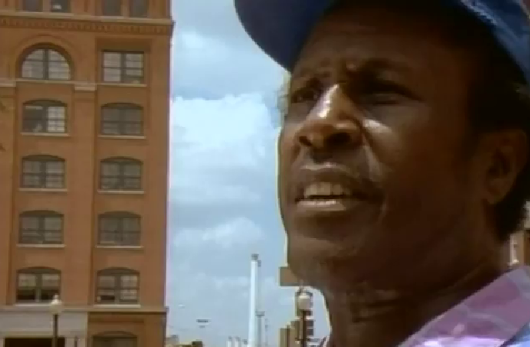 To support that three evenly-spaced shots were fired by a bolt-action rifle,
he [DVP] uses Warren Commission testimony taken 4 months or more after the assassination, after the witnesses had been told by the media and their government that Oswald had acted alone. He avoids the earliest statements of the witnesses like the plague. .... This is not chaff, by any means. A competent and committed defense attorney could establish reasonable doubt on this fact alone.

When thinking some more about witness Harold Norman and his comments made after President Kennedy's assassination, this thought struck me:

The argument about the SPACING between the gunshots that Norman heard is really kind of an irrelevant and unimportant argument.

Because regardless of the exact number of seconds that passed between the three shots, ALL THREE OF THOSE SHOTS CAME FROM THE SAME RIFLE ABOVE NORMAN'S HEAD.

And surely no conspiracy theorist wants to propose a theory that has TWO gunmen and TWO different rifles being fired from the Sniper's Nest window on the 6th Floor directly above Mr. Norman's head....do they?

Therefore, no matter what the precise spacing was between the shots, per Norman's never-wavering "I HEARD THREE SHOTS FROM ABOVE ME" account of the shooting, it HAS to mean that the ONE gunman WAS able to fire those three shots from the gunman's ONE rifle in the allotted time to get off three such shots from his bolt-action weapon.

The same argument I just made regarding Norman could also be made when it comes to many of the other Dealey Plaza witnesses, i.e., the witnesses who fall into the following category:

I HEARD EXACTLY THREE SHOTS AND ALL OF THOSE SHOTS CAME FROM THE GENERAL DIRECTION OF THE BOOK DEPOSITORY BUILDING.

That is to say: What major difference does it really make what the precise SPACING was between these three shots, which were ALL shots (per those witnesses in the category just mentioned) that VERY LIKELY CAME FROM THE VERY SAME GUN?

So, given these parameters that many witnesses DO agree on (i.e., exactly THREE shots fired and all coming from ONE rear location at or very near the Texas School Book Depository Building), the "spacing" issue is largely a moot point altogether.