Ya gotta love the JFKmurdersolved.com crowd. Wish I had some real estate to sell them. The fact that [James] Files was a con man/murderer his entire life means he has credibility to that group. Amazing.

It's not surprising to me in the slightest that so many kooks believe the "James Files Did It" fairy tale.

Many of those same CTers actually think that this person on the right (who must be at least 6-feet-3, because Jimmy Files is 5-feet-11!) killed J.D. Tippit: 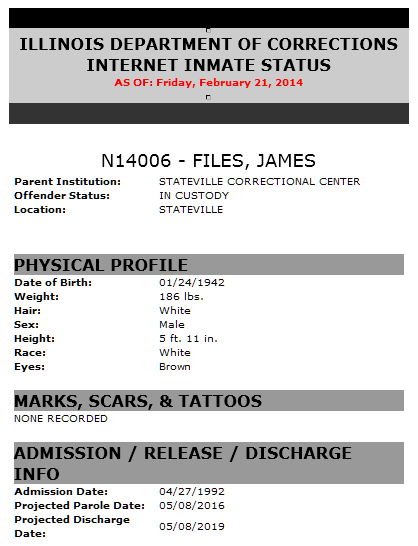 Lee Oswald, of course, was 5'9" tall. So the idiots who were supposedly "framing" Oswald for Tippit's murder decided to pick a guy to kill Tippit who didn't look a thing like Oswald and was about half-a-foot taller than the "patsy" they're trying to frame. Brilliant plot!

The conspiracy crazies can't even get the really, really EASY stuff right -- like figuring out that it was Lee Harvey Oswald who murdered Officer J.D. Tippit.

Samples of Wim Dankbaar's idiocy (from his own lips):

"As you know, my opinion is that everyone who advocates a LN position is either ignorant, talking out of his ass, or part of the cover-up." -- Wim Dankbaar; July 23, 2005

"Hey Von Pein, another lying lone-nutter! Found an audience to deceive here? .... I am never nice to lone-nutters, since I consider them treacherous liars. Get used to it." -- Wim Dankbaar; January 2, 2006

"I have not substantiated two teams [of JFK assassins]. I believe there was more than one team; probably three. .... But there were at least 6 shooters." -- Wim Dankbaar; January 5, 2006