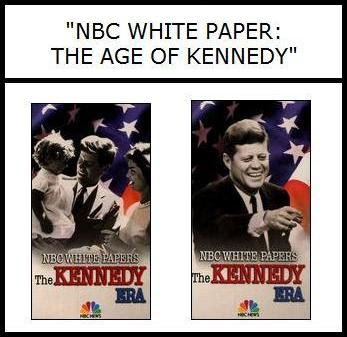 JOHN FITZGERALD KENNEDY REMEMBERED,
VIA LOTS OF SELDOM-SEEN FILM FOOTAGE
FROM THE 1940s, '50s, AND '60s

These two VHS cassettes serve as a video diary and scrapbook of John F. Kennedy's life, beginning in the late 1930s and early 1940s when JFK was in his early 20s and still in college at Harvard.

With the exception of short contemporary introductions (which serve as "bookends" on both parts of the documentary) by NBC's Tom Brokaw, these two videos consist entirely of older, vintage, black-and-white film footage (circa 1940s, 1950s, and 1960s).

It seems as though a camera was always being aimed at the young politician from Massachusetts named Jack Kennedy, who almost always had that broad and infectious JFK smile on full display for any and all picture-takers.

It's easy to see from these old films that Mr. Kennedy had a certain "way" about him that's very difficult to dislike. There's a built-in magnetism, charm, and boyishness that's virtually impossible not to instantly take a liking to.

These two "White Paper" programs originally aired on consecutive Sundays in 1966. Part 1, subtitled "The Early Years", was first telecast on May 29th of 1966, which would have been JFK's 49th birthday if an assassin in Dallas had not taken the life of the young President two-and-a-half years earlier. Part 2 ("The Presidency") aired on June 5, 1966.

Chet Huntley of NBC-TV News serves as narrator for both of the programs. Whenever I hear the voice of Mr. Huntley, I'm immediately transported back to an earlier television age; and this two-part documentary is no exception in that regard.

On Tape #1 ("The Early Years"), there is a large amount of excellent archival 1940s and 1950s black-and-white film footage (both silent and sound footage) showing JFK "on the stump", as Kennedy campaigns for public office throughout his home state of Massachusetts, attempting to win a seat in the House of Representatives and, later, the U.S. Senate. He was successful in each campaign.

Actor Henry Fonda can also be heard on Tape #1, as he reads and speaks words that were written by John Kennedy himself at various times throughout his life. The JFK excerpts spoken by Fonda add another distinguished touch of class to this documentary.

Tape #2 ("The Presidency") deals with JFK's all-too brief term in office as the thirty-fifth President of the United States. A good deal of rarely-seen film clips are presented in this second segment of the documentary as well, with several of Kennedy's speeches highlighted, including a meaty chunk (almost 5 minutes) of an inspiring and forceful speech President Kennedy made in May 1962 at the United Auto Workers Convention.

A portion of that UAW speech has always been a favorite "JFK Moment" of mine, when the President says this to the UAW audience and to the American people:

The Peace Corps, the Alliance For Progress, Vietnam, civil rights, the Bay Of Pigs fiasco, and the frightening Cuban Missile Crisis are all topics which are given a slice of time within Part 2 of "The Kennedy Era" documentary.

These programs have a "time capsule" effect, in my opinion, in that they were produced and originally aired so many years ago, in the mid-'60s, long before the majority of JFK "retrospectives" (both on the life of the nation's 35th President and on his tragic assassination in 1963) were ever conceived.

To that end, I tend to appreciate the "old-time" quality of programs like these 1966 "White Papers" more than some of the newer, sometimes-flashier documentary pieces that highlight John F. Kennedy.

And the wealth of excellent pre-Presidential Kennedy film footage that is supplied here is quite interesting, thus raising this VHS set even higher on the "must own" meter.

The on-screen main title of this two-part documentary is "The Age Of Kennedy". It was re-titled for the home-video release. The producer, writer, and director of this well-done and concise look at the Kennedy years was Al Wasserman. A consultant on the program was Arthur Schlesinger, Jr.

NBC and New Video have produced a slick and attractive 2-Tape VHS set here, which comes complete with a sturdy slipcase box to store both of the videocassettes. Each video runs for approximately 50 minutes. Tape speed is Standard (SP). The image aspect ratio is 1.33:1 (Full Frame).

A collector of vintage and/or "classic" material on the subject of John Fitzgerald Kennedy will probably want this nostalgic video twin-pack in their library of such Kennedy items.

WATCH "THE AGE OF KENNEDY" DOCUMENTARY:

SELECTED STILL IMAGES FROM
"THE AGE OF KENNEDY": 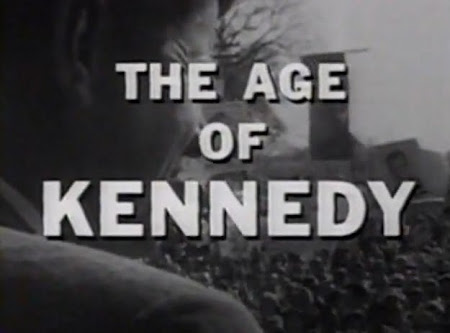 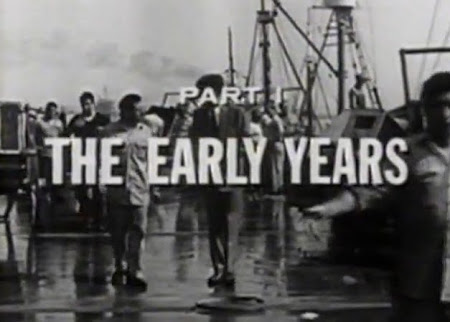 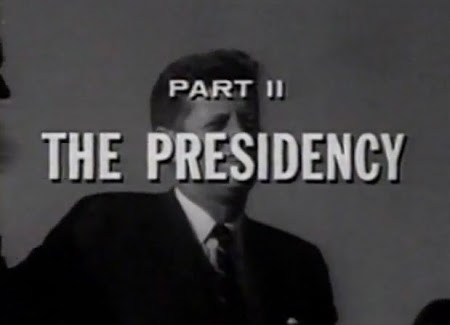 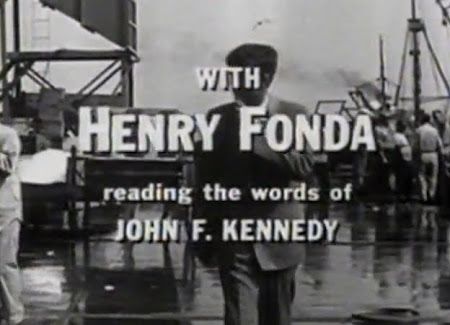 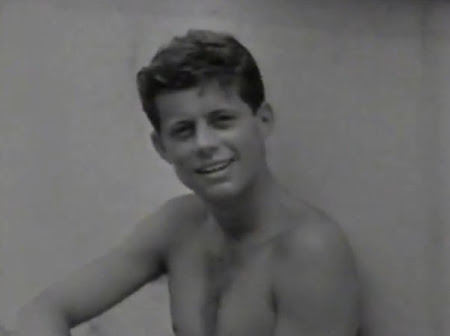 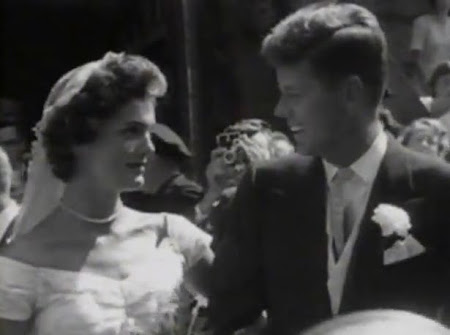 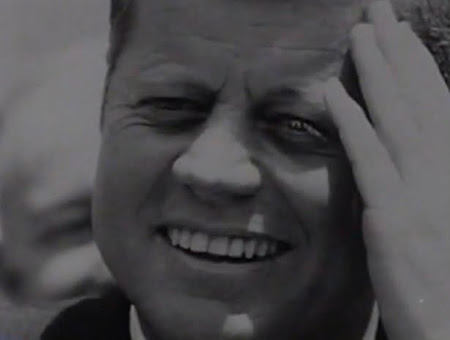 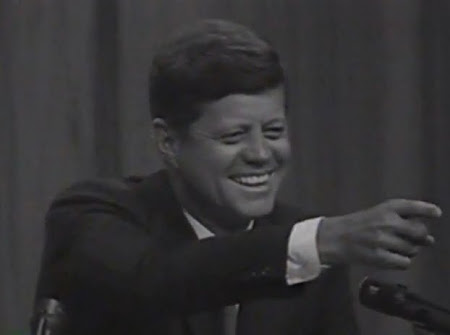 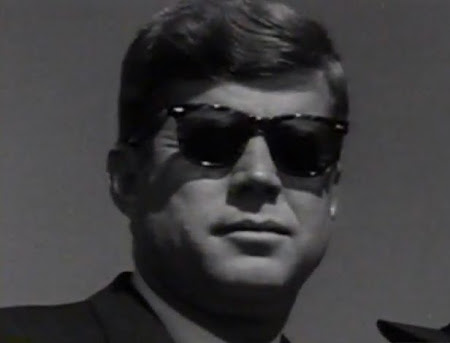 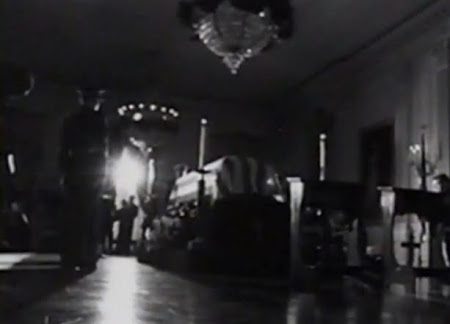