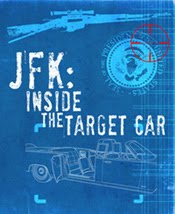 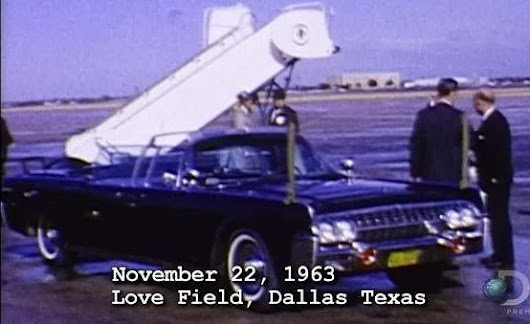 >>> "Although "DVP" loves to take any opportunity to ramble on about his theories about the assassination and pay homage to his heroes such as the Bug [Vincent T. Bugliosi] and Gary Mack either directly or indirectly through imitation, it is usually quickly apparent that he also prefers to allow others such as Mack and the Bug to do his thinking for him, and seems to have little interest in working through issues objectively. Such is also the dilemna [sic] of ITTC ["JFK: Inside The Target Car"], in that it conveniently tells everyone what to think, no matter what their footage actually shows. It also encourages everyone to allow Gary Mack and the DC [Discovery Channel] to do their thinking for them, and not to question what might
have been purposefully left out, and cheerily follow all the rabbit trails it sets up." <<<

In my opinion, the simulated Texas School Book Depository gunshot that was shown during the "Inside The Target Car" program wasn't nearly as important as the two "from the Knoll" simulated shots, which were two gunshots (from two different types of rifles) that prove beyond all possible doubt that no shot could have struck JFK in the head from the Grassy Knoll, which is the favorite location, of course, for the conspiracy theorists of the world to place their make-believe "frontal" gunman in Dealey Plaza.

"Pam" [Brown] apparently thinks the two "from the Knoll" simulated shots that sharpshooter Michael Yardley fired for the "Target Car" show were rigged in some way. That's a typical conspiracist mindset, of course, and it's a mindset that will never ever change when it comes to the hardline conspiracy theorists.

In other words -- Even when faced with rock-solid PROOF that they are dead wrong when it comes to their long-held beliefs of a Grassy Knoll gunshot killing President Kennedy, conspiracists will merely shake off the proof and begin their pro-conspiracy raving anew the next day, as if the proof they just witnessed the previous day never even existed.

On a related "conspiratorial" note, I was treated to my weekly Thursday-night chuckle on August 13, 2009, when conspiracy guru James DiEugenio made his
first appearance this month on Len Osanic's weekly "Black Op Radio" program (linked HERE).

The biggest laugh from the August 13th show was when Mr. DiEugenio decided to add three additional suspects to the forever-growing list of potential conspirators in the JFK case. The three being: Buell Wesley Frazier, Marrion Baker, and Roy Truly.

In other words, DiEugenio apparently smells a rat when it comes to the things that were said (under oath) to the Warren Commission by Wesley Frazier, Marrion Baker, Roy Truly, and Linnie Mae Randle.

DiEugenio didn't mention Randle among his latest batch of plotters/liars, but he really has no choice but to put Linnie Mae under that same "questionable" umbrella too, since she is also on record as one of only two people who observed Lee Harvey Oswald carrying a long paper bag on the day of JFK's murder (with 19-year-old Depository employee Frazier, of course, being the other).

It must be great to be a conspiracy theorist, huh? You can just go on Internet radio (or wherever) and spout any stupid, unprovable nonsense you want to....and you'll get some people to believe you. And you never have to be worried about the actual evidence in the case either. Just say the evidence (and the testimony of multiple innocent witnesses) is "in question" or "questionable", as DiEugenio did on 8/13/09, and evidently that's good enough.