REVIEW:
"THE MURDER OF JFK:
A REVISIONIST HISTORY"
(1999 DOCUMENTARY) 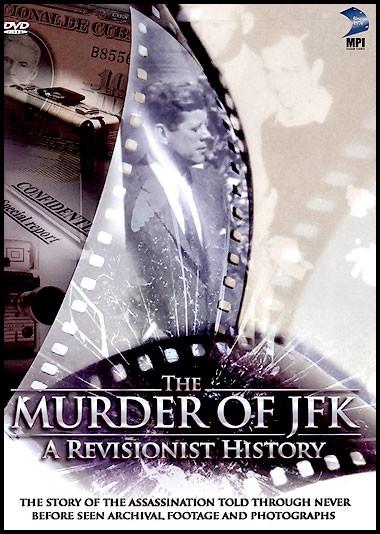 "THE MURDER OF JFK: A REVISIONIST HISTORY" makes a very nice addition to any collection of John F. Kennedy-related materials (regardless of whether you're "pro-conspiracy", "anti-conspiracy", or somewhere in-between with respect to your particular beliefs regarding President Kennedy's assassination).

Although a definite thread of conspiratorial belief most certainly is woven into this documentary, it's not shamefully brazen or overly ridiculous-sounding in terms of conspiracy, which is unlike many of the other outlandish JFK theories and plots that have been postulated in the various books, films, and documentaries over the years.

What this program fails to do, though, is to delve in any depth whatsoever into the life (and more importantly, the mind) of Lee Harvey Oswald, a man who I believe killed President Kennedy all by himself in 1963.

Oswald's role in the assassination is pretty much glossed over here; and, strangely, Jack Ruby (the man who killed Oswald) is barely even mentioned in this documentary.

There's a short clip of Ruby murdering Oswald in the police basement, but after that snippet the subject of Ruby comes up (as I recall) only one other time, during a rather strange film clip showing a group of protestors demanding the immediate release of Dallas prisoner "John Ruby". (Oddly, these protestors didn't even seem to know the true name of the man they were fighting so hard to have released from jail. Ruby's real name, before he changed it to Jack Ruby, was Jacob Rubenstein.)

"A Revisionist History" is a lengthy program, with a running time of 140 minutes (not the 180 minutes that is advertised on the DVD). It was made in 1999 and won an award for "best use of news footage in a documentary". And I can see why.

This DVD is loaded with rare news snippets associated with JFK's terrible murder, which occurred in Dallas, Texas, on November 22nd, 1963. There are many news clips presented here that I had never seen before, including quite a bit of footage taken during the years leading up to Kennedy's death.

"Revisionist" hints at a possible "Cuban connection" with respect to JFK's ultimate demise, and thusly this documentary features several video and film clips taken in Havana around the time that Fidel Castro gained control of Cuba.

One such interesting clip was culled from "The Ed Sullivan Show" of January 5, 1960, where Sullivan puts on his interviewer's hat and asks Castro some hard-hitting questions. Fidel, in a classic bit of irony, informs Mr. Sullivan (and, hence, America) -- "You can be sure that Batista will be the last dictator of Cuba."

Some of the video footage seen in this program can also be found in another excellent, must-see documentary film on the Kennedy assassination, that being 1964's "Four Days In November" (narrated by actor Richard Basehart).

"Four Days" in many ways serves as a good companion program to "A Revisionist History", insofar as presenting a large dose of vintage filmed materials relating to the JFK case.

In my own opinion, "Four Days In November" (which consists of almost nothing but vintage, archival news footage, circa 1963) is superior to all other Kennedy films and documentaries, with a musical score by Elmer Bernstein that is also second to none.

But this "Revisionist History" program has its own set of high points in the "vintage footage" department as well, making it a pretty good bookend piece to "Four Days".

Some of the highlights worth noting from "A Revisionist History" include:


* = I thought that that particular "Behind The Picket Fence" portion of this 1964 footage was rather interesting, in that it certainly indicated that the Warren Commission members were, in a sense, not totally ignoring the idea that one or more shots on 11/22/63 could have conceivably come from behind that fence -- otherwise, why would the Commission and its staff have even bothered to have a look for themselves at the view that a potential assassin would have had from that Knoll vantage point? Conspiracists will no doubt argue that the Commission members were merely "going through the motions" for the press, which was following the Warren Commission's every move in Dealey Plaza that day, as can be observed in these film clips.


** = Note: The DVD claims this BBC program aired on January 27, 1964; but that's an obvious error/typo. The Single-Bullet Theory had not even been postulated by Specter and the Warren Commission as of that January '64 date. The Commission, in fact, as of that date in early 1964, had barely even begun their work. That BBC broadcast was actually aired on January 29, 1967.

"A Revisionist History" is presented on a single-sided DVD and offers up a clear-sounding Dolby Digital 2.0 Stereo soundtrack (although some of the vintage '60s-era audio clips do show their age, with understandable limited fidelity and waning crispness).

The video on the DVD, with the exception of a few Widescreen clips, is Full-Frame (1.33:1). English subtitles are included. A Scene Selection sub-menu provides access to the program's 17 individual chapters. There aren't any special features to supplement the main program. The Keep Case packaging includes a 16-page DVD Catalog List for other titles released by MPI Home Video.

IN-A-NUTSHELL BREAKDOWN OF THIS PROGRAM:

I think that conspiracy theorists and lone-assassin believers alike will be able to appreciate many things within this MPI program, with the wealth of seldom-seen film footage that is presented here, all by itself, being worth the cost of this disc for ardent collectors of JFK-related material. 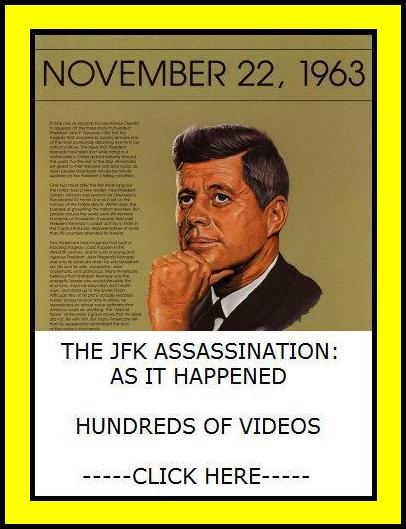