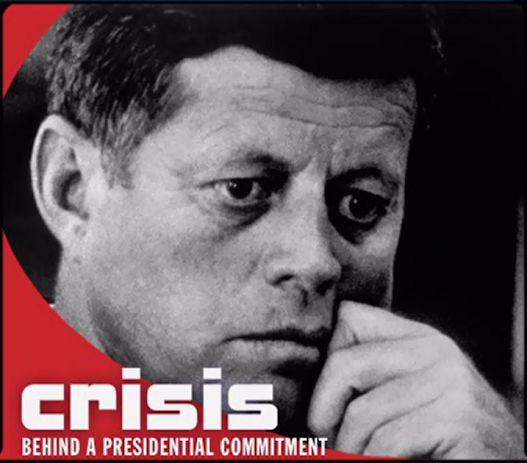 Drew's "Primary" was a first-of-its-kind "live" as-it's-happening type of film that followed two candidates for the U.S. Presidency (JFK and Hubert Humphrey) around the streets of Wisconsin during the 1960 Presidential Primary there.

In this 53-minute documentary film, made three years after "Primary", Drew and associates spent two days filming footage inside JFK's White House during the tense days when Jack Kennedy and brother Bobby, the U.S. Attorney General, were struggling against Alabama Governor George Wallace over the integration of the University Of Alabama.

Ultimately, despite Wallace's famous "door-blocking standoff" with authorities, the college was finally desegregated, and two young black students were allowed to become the first African-Americans ever to enroll for classes at the University Of Alabama.

Drew's camera puts the viewer squarely in the middle of the debate, as we see the President in the Oval Office trying to decide on a course of action that will cause the least amount of disruption and violence.

Utilizing multiple camera crews, Robert Drew also follows Bobby Kennedy and George Wallace during the course of "Crisis". In fact, RFK is on screen more here than the President, because he was given the responsibility for coming up with a plan on how to most effectively deal with the Alabama crisis at hand.

We see both Robert Kennedy and Wallace at their homes, and we get a candid look at Bobby having breakfast with some of his huge and ever-growing clan of offspring at his McLean, Virginia, residence. Several scenes also show RFK dealing with the crisis in his office at the Justice Department. Interesting stuff.

There's one especially candid and charming moment that takes place in Bobby Kennedy's office, when one of Bob's big brood of children, 3-year-old Kerry, moves into view as RFK is on the telephone talking with his Deputy Attorney General, Nicholas Katzenbach.

Kerry takes the phone from her father and speaks to Katzenbach for a moment, easing the growing tensions of the impending crisis a tad bit it seemed. Bobby's attempts to re-acquire the phone from his young daughter, who doesn't seem to want to relinquish the receiver, provides an additional cute, light-hearted moment during the film. Kerry, 29 years later, married New York Governor Mario Cuomo's son.

During the documentary, we also see and hear from the two college students, Vivian Malone and James Hood, who are firmly anchored in the middle of the racial struggle.

This film coincides exactly with one of President Kennedy's most famous
speeches to the nation. For it was right after this crisis in Alabama had been resolved, and just hours after Mr. Drew's cameras had filmed the confrontation
at the University's doorway, that JFK gave his powerful and stirring 13-minute
Civil Rights Address that very same evening of Tuesday, June 11, 1963. A portion of that dramatic speech is presented in this film.

This DVD, part of a series of films under the "Docurama" label, has some good Special Features in addition to the main feature. .... Included among the bonuses is an Audio Commentary Track with filmmaker Robert Drew (who was 79 years of age at the time) and cameraman Richard Leacock.

There's also a text biography on Director/Producer Bob Drew, plus informational notes by Drew on his conversations with President Kennedy, revealing how the idea for "Crisis" was born, and ultimately filmed.

Information on the extensive catalog of other "Docurama" titles is also included on this disc, along with some pretty good Trailers for many of the various films.

And saving the best Bonus Feature for last --- there's the inclusion of another Robert Drew film on this DVD, "Faces Of November", which was shot by Drew just days after President Kennedy was assassinated. The majority of this brief 12-minute film depicts up-close shots of people's faces in Washington, D.C., on November 24 and 25, 1963. We can see and feel the grief that is being displayed in the faces of these mourners, whose popular President had been taken from them by an insane act of violence just days before.

"Faces Of November" contains no music score, and likewise no narration. The film's "soundtrack" is filled not with an orchestra's musical notes, but rather with the real-life sounds as recorded by Mr. Drew's microphone -- the muffled drums, the bagpipes, the sound of flags at half-mast being whipped by the November wind, the 21-gun salute, and the wrenching "one-note-askew" version of "taps" at JFK's gravesite.

Some of the more recognizable faces we see in this moving film are that of Jacqueline Kennedy, Robert Kennedy, Caroline Kennedy, Edward Kennedy, and Peter Lawford. The rest of the faces are just ordinary folk, who came to Washington, D.C., to pay their respects to their fallen leader. Some waited in line for many hours for their chance to pass by the President's flag-draped casket in the Rotunda of the Capitol Building.

As many of them slowly paraded by the casket, the emotions began to flow. And Robert Drew captured some of that heart-felt emotion through his camera's lens. This rare and hard-to-find short film is truly a touching tribute to the memory of President John F. Kennedy, and I'm grateful to the makers of this DVD that they saw fit to include it on this disc. In my opinion, it's worth the price of the DVD all by itself.

"Crisis", like "Primary" which came before it, is a documentary film that was quite unique for its day. A film that throws us, the viewer, right into the center of the action as the situation is unfolding LIVE.

Very few, if any, filmmakers had tried this "as-it-is-happening" approach to movie-making prior to Mr. Robert Drew. His roster of films gives viewers a fascinating, and fresh, perspective on many different topics -- and his two major films featuring John F. Kennedy are certainly two of the best, IMO.

So if you want to watch a variation of NBC-TV's "The West Wing" -- only for REAL -- pick up this first-rate DVD of "Crisis: Behind A Presidential Commitment". And don't forget about the bonus film, "Faces Of November". Its presence here elevates this DVD to "Must Have" status. 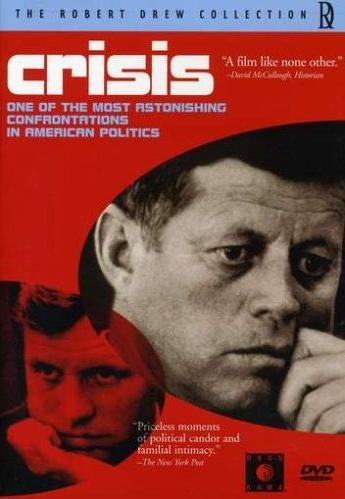 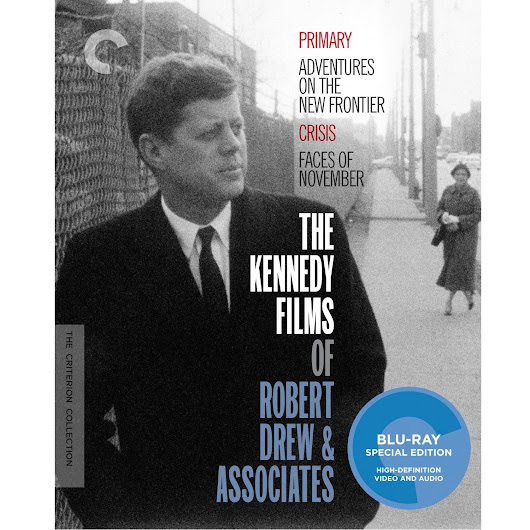