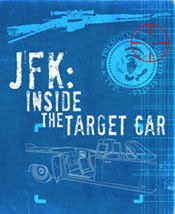 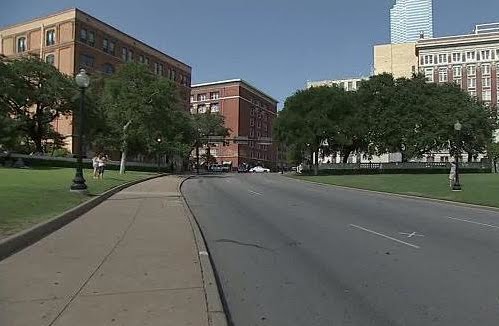 A KOOK AT IMDB.COM SAID:

>>> "[Gary] Mack and his pathetic attempts to sell the cover story
are clearly a liability to the Lone Nut brigade. They haven't answered
your question because they have no answer except the one that they
are incapable of giving. That being the truth which is "Mack lies all the
time because lies are the only way to keep this "story" going". I wouldn't
be surprised if Mack suddenly takes a leave of absence from the Sixth
Floor Museum. Even the lone nuts can see when something just isn't
working." <<<

The conspiracy nuts/retards act as if Gary Mack ALL BY HIMSELF is
holding the "lone assassin" scenario together with his bare hands.

As if Gary Mack...or ANY single person...needs to do ANYTHING at all
in order to hold together the facts of the JFK assassination...with
those facts being: Lee Harvey Oswald killed two people in Dallas on
11/22/63, and he almost certainly acted alone. (And so did Mr. Ruby.)

Gary Mack could retire tomorrow and the "LN" scenario wouldn't crumble
to bits. How could it? It's built on a bedrock of facts -- facts that
Gary Mack HAD NOTHING TO DO WITH.

As for the "JFK: Inside The Target Car" program -- it served its main
purpose very well, despite Mr. DiEugenio's and Ms. Cranor's seemingly-
endless efforts to rip the program to pieces with a million
meaningless words of criticism.

And that "main purpose" was to try and find out (via actual tests with
various types of rifles) if President Kennedy could have been shot in
the head with a gunshot that came from the FRONT of his automobile.

And the answer to that question is a firm and undeniable "No", the
President could not possibly have been shot in the head with a rifle
bullet that came from anywhere in FRONT of his car.

As the "Target Car" program amply demonstrated via actual tests
[see the video below], if a frontal shot had hit JFK in the head, his
head would have probably either been completely blown off of his neck
or would have resulted in obvious damage to the LEFT side of his head
(if a lower-powered rifle like Oswald's Mannlicher-Carcano had been
used by a frontal gunman).

A secondary "purpose" that was accomplished during the November 2008
"Target Car" documentary was to see if Oswald's sixth-floor gunshot to
JFK's head could be duplicated within a reasonable degree of accuracy.
And it was.

The shot from the simulated sixth-floor location did remove a larger
portion of the head of the surrogate dummy, but the general wound
pattern was similar to that of Kennedy's.

As in the similar skull tests done by Dr. Alfred Olivier for the Warren
Commission in 1964 and the later tests with human skulls done by
Dr. John K. Lattimer in the 1970s, it's possible that the extended
damage to a substitute skull is to be expected in tests like those,
due to the fact that a real-life human scalp was not covering those
test skulls.

A real human scalp would tend to minimize the skull damage (to a
small extent at least), as Dr. Olivier fully explained during his 1964
Warren Commission testimony [at 5 H 89]:

ARLEN SPECTER -- "And what does that show as to damage done to the
[test] skull?"

DR. ALFRED G. OLIVIER -- "It blew the whole side of the cranial cavity
away."

MR. SPECTER -- "How does that compare, then, with the damage inflicted
on President Kennedy?"

DR. OLIVIER -- "Very similar. I think they stated the length of the
defect, the missing skull was 13 centimeters, if I remember correctly.
This, in this case, it is greater, but you don't have the limiting
scalp holding the pieces in, so you would expect it to fly a little
more, but it is essentially a similar type wound."

MR. SPECTER -- "Does the human scalp work to hold in the human skull
in such circumstances, to a greater extent than the simulated matters
used?"


But I'm sure that the conspiracy kooks of Planet Earth will continue
to cry "FOUL" when examining every single test that has ever been done
in trying to simulate the wounds of President Kennedy, including all
of the Discovery Channel specials.

And even though tests like those done by Olivier and Lattimer and the
Discovery Channel have ALL favored the likelihood of a single assassin
named Lee Oswald being able to perform his wicked deed of murder in
1963, the conspiracy seekers will never tire of wagging their tongues
in useless attempts at undermining the lone-assassin truth that exists
in the John F. Kennedy murder case.

I haven't (yet) had the desire (or the stomach) to read any of James
DiEugenio's anti-"Target Car" review....but I wonder what he has to
say about the two very impressive "From The Grassy Knoll" rifle tests
that were done by the Discovery Channel?

Those two tests, as I alluded to earlier, prove beyond all reasonable
doubt that if a gunshot had struck JFK in the head from the RIGHT-
FRONT of the President's limousine, President Kennedy would have
certainly sustained considerable injuries to the LEFT side of his head
(even when using a Mannlicher-Carcano rifle like Oswald's).

The remainder of the "Target Car" program, other than the two "From
The Knoll" tests, is not very important at all (in my opinion), because
once it can be established that President Kennedy COULD NOT have
been shot in the head from the FRONT (which is a fact that was definitely
established, very firmly, in the "Target Car" program), then the math
concerning the fatal head shot becomes pretty simple to perform....even
for hardline conspiracy theorists.