ARE THESE "MYSTERY DEATHS"
REALLY SO MYSTERIOUS?

I guess the stupid killers couldn't tell Domingo from Eddy. Is that why Ed was wiped out? But, then again, if the killers had been after Domingo, the question needs to be asked: Why?

Domingo was an excellent "Oswald Did It Alone" witness. Why in the hell rub HIM out? Let alone his brother. Was his mailman on the Death List too, I ponder?

[More on Eddy Benavides' death can be found HERE.] 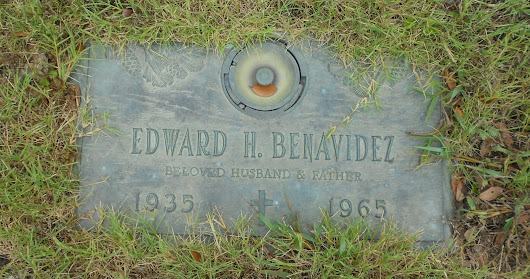 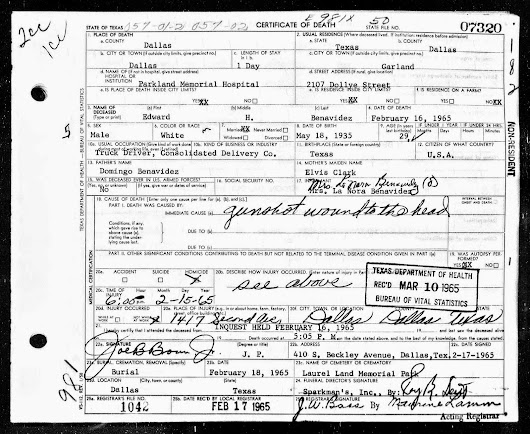 "William Whaley -- Cab driver who reportedly drove Oswald to Oak Cliff. (The only Dallas taxi driver to die on duty.)"

Again, why kill William Whaley? For what possible reason? We know Whaley took Lee Oswald to Beckley Avenue in Oak Cliff on 11/22/63 by taxicab. What does Whaley know that can blow the case wide open?

Yeah, this guy must have been a MUCH better choice to knock off than, say, Skinny Holland, or Jean Hill, or J.C. Price. How far down the family tree is considered "too far" for Marrs and Company?

"Charles Mentesana -- Filmed rifle other than Mannlicher-Carcano being taken from Depository."

Ever see this film? Mentesana's film does not prove a second rifle was found in the Texas School Book Depository at all. Plus, why in the world would anyone bother KILLING the person who filmed a short clip of a rifle? Merely because he FILMED footage of a rifle? Does killing the filmmaker eliminate the film? (If so, why weren't Zapruder, Nix, and Bronson rubbed out?)

Oops. I spoke too soon before. Mr. Z is on the list.

Of course, the death squad waited 7 years to take care of Abe. And what was the reason again? Merely because he filmed the assassination?

Or maybe it was because Zapruder knew George DeMohrenschildt's future wife in 1959, years prior to the assassination. Or it could just be because Jim Marrs needed a name beginning with "Z", to fill out an alphabet quota.

Therefore, by always pushing the "lone assassin theory", this meant that Edgar was a THREAT to the conspirators?? Why not just rub out all of Washington? Marrs is a nutcase (quite obviously).

Can the "Mystery Deaths" get any sillier than this one? Does Jim Marrs think that the man who headed up the Warren Commission, which was a commission that concluded that Lee Harvey Oswald had, indeed, acted alone in assassinating President Kennedy in Dallas, was going to suddenly go on Perry Mason and belt out a confession that the "Warren Report is nothing but a pack of lies! Hoffa did it!"??

Why would any conspirators want to bother with killing Lee Bowers? Bowers, a few months prior to his 1966 death, had ALREADY TALKED (on camera) to Mark Lane, with Bowers saying things to Lane (ON FILM no less!) that CTers believe lead to conspiracy.

So what's the point of killing a person who has already spilled his guts? Did murdering Bowers in a car crash suddenly UNDO his filmed remarks in Lane's movie "Rush To Judgment"?

Marguerite Oswald died of cancer in early 1981. Probably "injected", huh? And let's wait more than 17 years to bump her off too, after this highly visible person has had ample opportunity to blow the case sky high. Makes sense -- if you're a kook named Jim Marrs, that is.

That's just via a cursory look at Marrs' list of deaths.

I'm surprised that Judy Garland's 1969 death isn't listed. She was a good friend of JFK's. She probably knew something conspiracy-related. Right, Jim?


>>> "Did Mr. Marrs say that these potential cases were absolutely, for sure, bonafidely so? No." <<<


Right. That means I get to add Martin Luther King, Bobby Kennedy, and Jack Benny to Marrs' list. Since it's just a "loose" list....anything goes. (Jayne Mansfield's car crash looks kinda suspicious too....so I'll add her in too.)


And tell us again how rubbing out the cameraman rubs out the film itself?? I must have missed the significance of that (and the logic of such a needless "rub out").

>>> "[Re: Whaley:] Maybe because he destroyed any credibility to the 'Oswald murdered Tippit' theory..." <<<


Bullshit. Whaley destroys no such thing. And to think that this cab driver's loose timeline re. dropoffs and pick-up times would "destroy" the PHYSICAL EVIDENCE of Oswald plugging Tippit is just....dumb.

>>> "He [Whaley] had a time he dropped off Oswald and a street corner that had a 6-7 [min.] walking distance to the rooming house, one that I have walked personally." <<<

>>> "I think [Zapruder's] mitts go all the way into Luce too. I also heard he used to go on his lunch hour and talk to people on the GK [Grassy Knoll] about where the shots came from in back of him." <<<


And if you want my gut feeling....I think Mr. Z was probably packing a rod in Dealey Plaza on 11/22, and was "assigned" to rub out Oswald after LHO exited the building. But Abe was unable to shake free from Sitzman's grasp all afternoon.


Marilyn, you see, was secretly in love with Abe; and when Abe asked her to hang onto him up on the pedestal...Marilyn could control her passion no longer! She wouldn't leave Abe's side the rest of the day. (Rumor has it she had Abe's baby in 1964. Why Marilyn and her tax auditor weren't rubbed out because of this tryst, I'll never understand.)

>>> "[Re: Bowers:] Wow, to one who saw commotion and suspicious people behind the fence...dying in an accident where he hits an abutment, is just so much like a natural death." <<<


Who said it was natural? All I said was it was dumb to have Bowers on Marrs' list after he'd already talked....on FILM!


BTW, why the hell wasn't Mark Lane rubbed out too?


I think Bowers once said he saw Ruby firing darts at JFK near Zapruder's pedestal. But he might have been mistaken....because TUM had dibs on the darts nonsense that day...didn't he?


Larry Mondello and Lumpy Rutherford were flipping rubber bands at the limo behind the Knoll's fence, too. Maybe that's who Bowers saw. (Those rubber bands were pert-near as effective as the darts too.)


Leave it to Lee (Bowers) to get everything fouled up.

>>> "I don't think she [Marguerite Oswald] thought that Lee was really Lee that came back from Russia." <<<


I need that "WTF?" icon again. Where is that damn thing??


Yeah, she wanted to mount Lee's head on her bedboard at home, for a souvenir of her beloved son....a son who (to hear Marguerite tell it) probably should have been President himself.


Lee Harvey had such wonderful traits, you see -- like "defection to a hostile nation", "spousal abuse", "attempted assassination", "successful assassination", "supporting that wonderful guy named Fidel", and "virtual pauper/worthless asshole who can't even support his family, so they have to sponge off the generosity of people like Ruth Paine and the Russian emigre population".


Nice guy indeed. And per Marguerite "A Nutcase Herself" Oswald:


"Lee Harvey Oswald, my son, even after his death, has done more for his country than any other living human being." -- Marguerite O.

And they were planning on snatching up the film (along with any and all copies of said film), and then the plotters/Death Squad were planning on burying all the films in the same coffin with Mentesana.


Was that the brilliant plan the plotters had in mind when they rubbed out the filmmaker to rid the world of the murdered man's film?


(Makes me wonder if Hitchcock's death somehow eliminates all his films from existence? I guess not, though, since I watched "Psycho" just today. Maybe it's a fake copy I have, though. Norman Bates does seem to resemble Nutsack [that's a nickname for a conspiracy mega-kook by the name of Tom Rossley], come to think of it. I'll have to look into that Psycho Plot further.)


And don't let the ridiculousness of wiping out Mentesana concern YOU, my conspiracy-loving pal.

>>> "Three people that happen to have time elements or watches claim that Tippit was murdered prior to 1:10." <<<


And the DPD pins it down to around 1:16. Who's more likely to have the MOST ACCURATE time-keeping devices -- Helen Markham, T.F. Bowley, or the Dallas Police Department records?


(Guess which ones the kooks will pick?)

And as Vince Bugliosi once said (and this goes DOUBLE for the Tippit murder, no doubt):


"Anyone...ANYONE who would believe that Lee Harvey Oswald was innocent, would believe someone who told them that they heard a cow speaking the Spanish language!" -- VB


Oh, I forgot....you kooks can never spell right. So "JED" = "JEH" for the purposes of your kooky discussion. Gotcha. I'll make a note of that.


Another kook error, since we're talking about MARK LANE'S film here, not Marrs' idiotic "mystery" list. You can't keep your kook authors straight. It's no wonder you can't figure this thing out. Better call Groden...he'll help you out. After all, he's in your kook league. He's got no shots coming from the Sniper's Nest at all! Can't GET any kookier than that there!


So why the need for ANY "Mystery Deaths" at all then??

>>> "But you can't see the WC lying and coercing testimony only their way at times." <<<


No. But you kooks sure can see it crystal-clear. You do enough of that "seeing things that never were there" (including "coercion") for everybody put together. So I'll take a pass and let you do the "Kook Work". 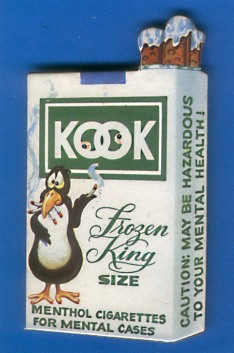 
Sure, every last thing connected with this case HAD to be "tampered with". Didn't you know that by now?


Even Oswald's casket. Even though there's not a single logical reason for anyone to want to "tamper" with (i.e., dig up) Oswald's corpse after he was already buried. Some idiots make a stink about it being a "second Oswald", and they actually dug up LHO. It's the most preposterous part of the whole "JFK" affair. Totally needless/senseless/useless.


But Marina turned into a kook for awhile, as we all know, and wanted Lee dug up for some silly reason. Incredibly stupid.


BTW, I dug up Jim Garrison's corpse last week. I had heard it wasn't really Garrison in that grave, so he had to come up. Garrison was in there alright, but the funny thing is, Dave Ferrie and Guy Banister were in the same coffin with him. Curious stuff. The body snatchers must have made some kind of mistake. Ya think?

>>> "And David Von P[ein] has done more disservice to the investigation of JFK than all of the WC Commissioners put together!" <<<


Not bad for just one LN-chasing Warren Commission shill, huh? (I'm due for a raise then.)


But I've been told by Marrs and Groden and Fetzer that you've been doing wonders for your side of the case. You've come up with those missing bullets, and those hidden assassins, and the "real" autopsy pictures...all by yourself!


You're just waiting for Vince Bugliosi's LN tome to come out and die down a bit before publishing your own pro-kook book -- to be entitled "MY WIFE MARRIED A CONSPIRACY KOOK, BUT I SOLVED THE JFK CASE ANYWAY; VOLUME 1". (Published by Random Theories Press, Inc.; 544 Camp St.; New Orleans.)


That one oughta sell a twelfth of a dozen.