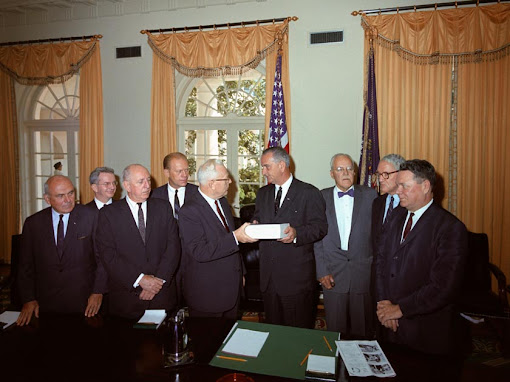 Many conspiracy theorists believe that the Warren Commission was created merely to cover up the truth about President Kennedy's assassination.

And some conspiracists also believe that Earl Warren's Commission, in effect, framed the late Lee Harvey Oswald for the murders of both Kennedy and policeman J.D. Tippit, with those particular conspiracy theorists believing that the Warren Commission knew full well that Oswald was totally innocent of both of those murders, but the Commission decided to conclude in its final report that Oswald was guilty of those crimes and that he had acted alone.

To the conspiracy theorists who possess such a nonsensical mindset, I offer up the following excerpts from Vincent Bugliosi's book, "Reclaiming History". And after reading these book excerpts, a good question to then ask CTers would be this one----

Is this how the Warren Commission would have behaved if the MAIN OBJECTIVE of the members of that Commission was to rubber-stamp the "Oswald Did It Alone" conclusion reached by the Federal Bureau of Investigation in the FBI's 12/9/63 report on the assassination? .....

"The purposes of the Warren Commission, as stated in the executive order, were "to examine the evidence developed by the Federal Bureau of Investigation and any additional evidence that may hereafter come to light or be uncovered by Federal or State authorities; to make such further investigation as the Commission finds desirable; to evaluate all the facts and circumstances surrounding such assassination, including the subsequent violent death of the man charged with the assassination, and to report to me [President Lyndon B. Johnson] its findings and conclusions."

Although accurate, there are indications that a secondary task was expected. It was apparent, at least to Chief Justice Warren and President Johnson, that rumors and speculation had to be quelled.

Staff counsel Norman Redlich believed that allaying public fears was "a byproduct of the principal objective which was to discover all the facts."

There was an additional, humanly selfish motive for getting at the truth too. Staff counsel Burt Griffin recalled, "I think it is fair to say, and it certainly reflects my feeling, and it was certainly the feeling that I had of all of my colleagues, that we were determined, if we could, to prove the FBI was wrong, to find a conspiracy if we possibly could. I think we thought we would be national heroes in a sense if we could find something sinister beyond what appeared to have gone on."

On December 9 [1963], the FBI submitted a 384-page, five-volume report (one volume dealing with the assassination, one with Ruby's killing of Oswald, and three volumes of exhibits) to the Warren Commission summarizing the bureau's entire investigation to date, and concluding that Oswald killed Kennedy and acted alone.

At its next meeting, on December 16, after Supreme Court justice Stanley F. Reed administered an oath to all its members, the Commission set about to determine the scope of the investigation.

The first order of business was to consider the FBI's summary report. "Well, gentlemen," the chief justice said to his fellow Commission members, "I have read that report two or three times and I have not seen anything in there yet that has not been in the press."

But that wasn't the biggest problem. It was the obvious deficiency of the report, mostly attributable, Warren said, to the fact that "they [FBI] put this thing together very fast."

Representative Hale Boggs pointed out that, remarkably, "There's nothing in [the report] about Governor Connally."

Senator John Cooper: "And whether or not they found any bullets in him."

After reading the report, John McCloy said that "this bullet business leaves me confused."

Representative Gerald Ford: "[The report] was interesting to read but it did not have the depth that it ought to have."

There were so many unanswered questions. For instance, Representative Boggs observed, "There is still little on this fellow Ruby, including his movements, what he was doing, how he got in there [City Hall basement garage]."

Talking about the issue of precisely what took place among the occupants of the presidential limousine at the time of the shooting, Warren said, "I wonder if the report we get from the Secret Service wouldn't pretty much clear that up...They were there, right at the car, and know exactly what happened."

Representative Boggs: "Well, this FBI report doesn't clear it up."

Warren: "It doesn't do anything."

Boggs: "It raises a lot of new questions in my mind."

General Counsel Rankin summed up the feelings of practically all of the Commission members when he noted that "the report has so many holes in it. Anybody can look at it and see that it just doesn't seem like they're looking for things that this Commission has to look for in order to get the answers that it wants and it's entitled to."

Very momentously, it was during this December 16 session that the Commission decided it could not rely solely on the FBI report or reports from any of the other federal agencies either.

"After studying this [FBI] report," Chief Justice Warren said, "unless we have the raw materials [i.e., interviews, affidavits, recordings, photographs, etc.] that went into the making of the report and have an opportunity to examine those raw materials and make our own appraisal, any appraisal of this report would be [worth] little or nothing."

Warren went on to move "that the Commission request at once from all investigative agencies and departments of the Government the raw materials on which their reports to the Commission are based," and his motion was seconded and adopted.

The FBI, which would end up doing a monumental amount of very detailed investigation into the assassination, had failed its first test, badly.

In addition to the commissioners wanting to see and appraise the "raw materials" so they could determine the legitimacy of the conclusions in the reports from the federal agencies, they decided that among the commission staff there had to be a lawyer of high caliber who, as Senator Russell said, "would take this FBI report and this CIA report and go through it and analyze every contradiction and every soft spot in it...as if [in the case of an FBI report] he were going to use them to prosecute J. Edgar Hoover."

"I agree with you one hundred percent," Warren said.

The commissioners...left no doubt that they themselves were in a very investigative mood."

"In those days immediately following the tragedy, I felt it was highly probable that there was a conspiracy, that Lee Harvey Oswald might not be the real assassin, despite the claims of the FBI, and that Ruby had killed Oswald to silence his victim.

The susceptibility of human nature to the mystique of conspiracy afforded a fertile field for assassination sensationalists. Through misrepresentation, omission and innuendo, they were successful in deceiving a large body of world public opinion for one reason: Few people objectively examined the overall evidence in depth the way a jury would, had there been an actual trial.

We started with no "foregone conclusions"; in fact, I subconsciously wanted to find evidence to prove that Lee Harvey Oswald was NOT the assassin.

If I could travel back to late 1963 and early 1964 in a time machine, one of the things I would be most anxious to do would be to sit in on a few of these Executive Sessions of the Warren Commission (in a "fly on the wall" manner), just to hear for myself what was being discussed (even "off the record") during those Commission meetings.

And if such "fly on the wall" eavesdropping on the Warren Commission could be accomplished in a handy time machine, I have a feeling that every single bogus cloud of suspicion that many conspiracy theorists have decided to hang over the heads of the entire Commission would evaporate very quickly.

And the reason that such suspicions would disappear in very quick order is because Griffin and Belin were telling the truth -- they really did want to find a conspiracy. But they couldn't do it....because Lee Harvey Oswald really was the lone assassin of President John F. Kennedy and Jack Ruby really was a second "lone nut" in Dallas in November 1963.

Sometimes things really are as they appear to be. 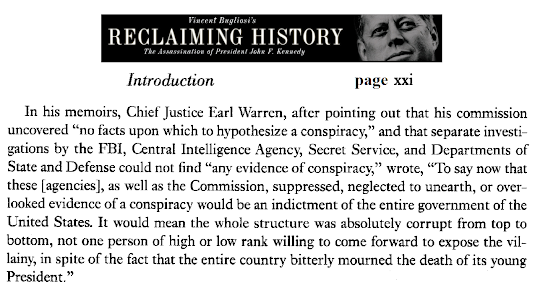