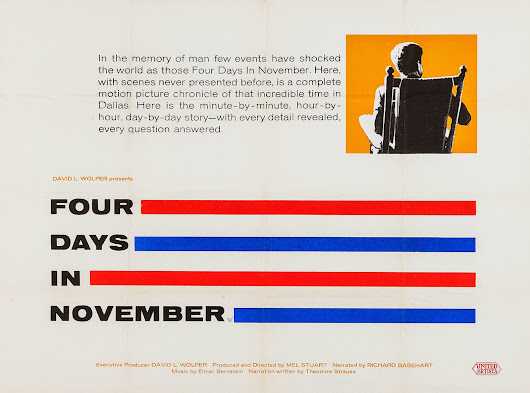 Movie producer David L. Wolper was at the helm of what I consider to be the best and most factual motion picture ever made about the assassination of President Kennedy--that being "Four Days In November", which made its debut in late 1964, very shortly after the Warren Commission's final report was made available to the public.

During the filming of the movie, which was narrated by actor Richard Basehart, executive producer David Wolper and his camera crew filmed several "re-creations" of the actual events that occurred prior to and just after JFK's 1963 murder. On this webpage, I have extracted those re-created scenes and placed them in separate videos.

One of the re-creations includes footage shot inside Ruth Paine's garage in the Dallas suburb of Irving, Texas. And it's a rather chilling reconstruction, in that the filmmakers created this realistic replica of the blanket that assassin Lee Harvey Oswald's Mannlicher-Carcano rifle was wrapped in as it was being stored in Mrs. Paine's garage for a couple of months prior to the assassination in late 1963.

The two pictures below depict Ruth Paine's garage. The photo on the left comes from the "Four Days In November" re-creation showing the simulated "Oswald rifle/blanket" on the floor; while the image on the right was taken by the FBI as part of a booklet entitled "Paine And Randle Homes", which can be found in Warren Commission Document No. 497. 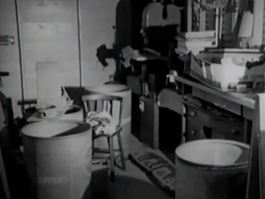 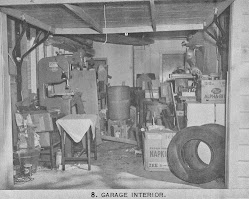 Following are four re-created scenes that appear in the "Four Days In November" motion picture: 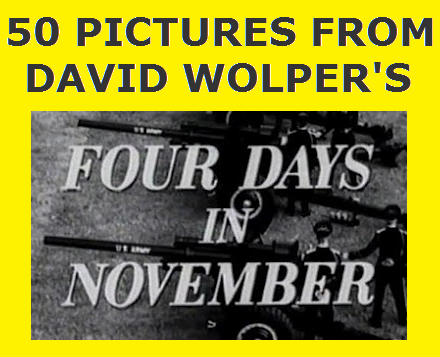