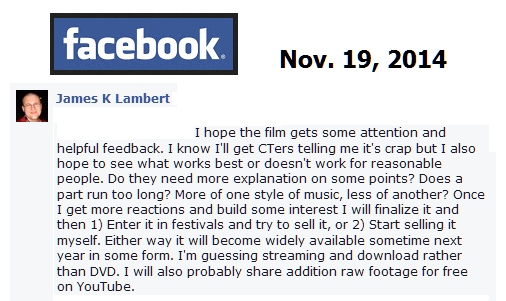 JFK assassination researcher James K. Lambert has created a documentary called "Conspiracy Theorists Lie", a two-and-a-half-hour program featuring many interesting video clips and Lambert's own commentary and narration. It's a breath of welcome anti-conspiracy air, that's for sure.

Many of the vintage film and video clips that Lambert uses in his documentary can be found in a more complete form on either James' own YouTube channel HERE or in my JFK video collection HERE.

My favorite part of Lambert's film begins about 1 hour and 50 minutes into the program, which is when we are treated to more than 30 minutes of footage shot in Dallas' Dealey Plaza on the 50th anniversary of President Kennedy's assassination (November 22, 2013). It was a rainy and cold Friday afternoon in Dallas, Texas, and James was busy talking to a variety of people, mostly conspiracy believers, who turned out in large numbers for the 50th anniversary (see the screen captures below). 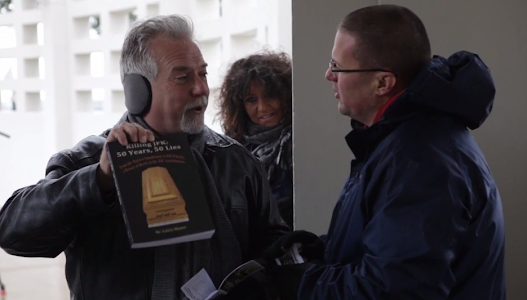 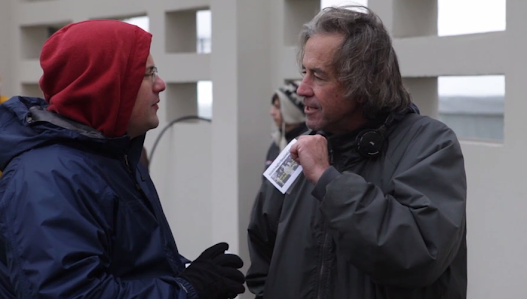 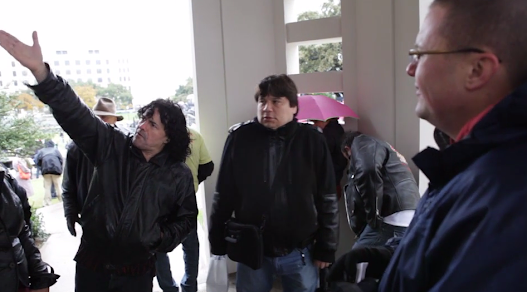 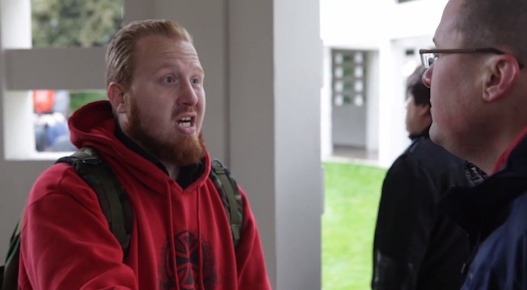 Via James' "raw" interviews with the general public on 11/22/13, it becomes quite evident that many (or most) of the various conspiracy myths surrounding JFK's murder are a long way from dying the deaths they most assuredly deserve.

One of the myths still being discussed at length in Dealey Plaza is the "zig-zagging magic bullet" nonsense that many people still believe in. No matter how many times the Single-Bullet Theory is demonstrated to be a reality, the vast majority of conspiracy theorists will still refuse to accept its validity.

I applaud James Lambert's efforts to spread the anti-conspiracy word to the masses. His documentary provides one more much-needed source with which to combat the constant flow of rumors, speculation, and half-truths that continue to be endorsed by the conspiracy theorists of the world. James' interviews with the people in Dealey Plaza also clearly illustrate that President John F. Kennedy was oh so right when he said.....

Thank you for the nice review, David!

I am glad you enjoyed the film and so happy you are out there standing up for the truth.

Your extensive segment filming the moonbats (er, conspiracists) in Dealey Plaza on 11/22/2013 reminds me of another documentary when a filmmaker did the same thing back in about 2007. That was Robert Stone in "Oswald's Ghost".

But James Lambert's segment in Dealey with the conspiracy loons is even better than Mr. Stone's, because we get four times as much footage in Jim's film than we do in Stone's. And Jim L. talks to a wider variety of people--including two or three lone-assassin believers too, including one very interesting man from Ireland who was quite knowledgeable about the details of Oswald and the assassination. And that fellow from Ireland said something that I thought was very intriguing too---he claims that 80% of the people in Ireland believe that Oswald acted alone in killing the President. That stat took me by surprise; and I'm wondering if it's a totally accurate statistic. I'd be interested in finding out if that "80%" data is correct.

And it makes me wonder what the "Lone Assassin" percentage is in other countries too.

So James' documentary has some new and rare stuff in it that made me think (like that stat from the Irish man).