A rifle poking out [of the Sniper's-Nest window] means nothing if it doesn't fire, as it could have been there for a distraction to draw attention away from the west window where the real shooter was.

LOL. What a great addition to the "Lone Patsy" plot this was, huh?

The plotters trying to frame poor schnook Oswald decided to stick TWO
rifles out of opposite ends of the TSBD, and they just hoped and
prayed that nobody would notice the rifle that was REALLY firing the
bullets and MAKING ALL THE NOISE (on the WEST end).

Is that about the size of it, Mr. Nuthatch?

What a kook you are. And what (double) kooks your retarded patsy-
framing plotters were! They tried to complicate an extremely easy
assassination with multiple guns all over the place, including (per
Kook Rob [Caprio]) a rifle that was used JUST AS A USELESS PROP
on the east end of the building!

But at least you've got one other kook who will jump in the sack with
you on the "Prop Rifle" theory -- Donald "ARCE KILLED THE PRESIDENT"
Willis. You'd love his theories...they're every bit as stupid and
retarded as you are.

The WC opened this door up and made it so easy to assert this issue by their poor report.

The Warren Commission Report is excellent. It's you conspiracy clowns
who are severely messed up. Simple as that. The WC came to the ONLY
possible conclusion they could have come to.

Did you expect the Warren Commission and its associated staff and
counsel members to act like you conspiracy-favoring retards and totally
IGNORE the huge pile of evidence against Oswald, while they pretended
that some other people were involved in the shooting and/or pretended
that Oswald might have been "set up" to take the lone fall by a team of
stealth-like conspirators prior to November 22?

Maybe some crackerjack CTer who belongs to the "Anybody But Oswald"
club can rewrite the WCR, and call it The New Warren Report: The Retarded,
Everything-Was-Fake Edition.

They made it very obvious they did not use evidence that did not convict LHO, therefore, it is a biased opinion, and that is all it is, and not a true representation of what happened that day. I think there is plenty of substantiation for it, if you would ever read Weisberg, Lane, Meagher, and Salandria, as these folks basically only use the WCR and 26 volumes to show what a lie it was. They show brilliantly how the witnesses were bullied, or distorted to meet the required outcome. It is all very much COMMON SENSE stuff. Your theory is the one that is full of fantasy.

Your moron colors are shining through once more. Because only a
total moron could believe that such a widespread cover-up operation
was being conducted by the WC and its counsel and its staff of lawyers
AND (later) the HSCA (with respect to the ONE PERSON--Oswald--whom the
HSCA said hit the victims with any bullets on Nov. 22).

You have not trashed me on anything.

Oh, yes....I have. And even you know I have. You just won't admit it,
because you're buried too deep in your ridiculous unsupportable
theories to give common sense and "reasoned thinking" a fighting
chance. A pity. But expected.

You have no real proof...

Yeah....only every gun, every bullet, every shell, every print, every
"I'm Guilty" action acted out by Oswald on Nov. 22nd, and every
eyewitness to any killer on Elm Street or Tenth Street.

That's all. Just that stuff.

You have no conviction, so you should stop acting like you have something we don't. Your case did not pass the test of a court and jury.

In the only Oswald "trial" of any kind -- the 1986 TV Docu-Trial -- a
jury said your beloved patsy was guilty as all get out. And they
relied on--gasp!--that stuff that you say I have none of -- "real
proof" of Lee H. Oswald's guilt (namely: the evidence in the case).

LHO never got his right to a trial and he WAS NOT FOUND GUILTY by a jury.

In 1986 he was. But just keep pretending that that jury never convicted
your sweetheart. That way Lee Harvey can remain squeaky clean....even
via all "mock" trials too. 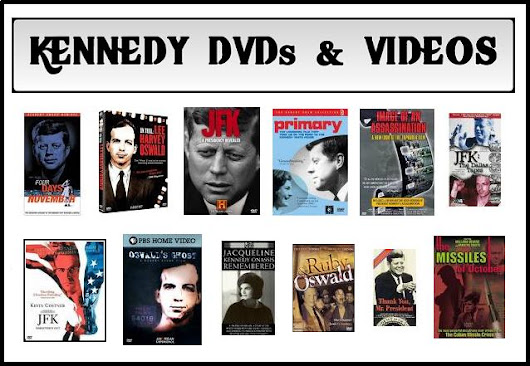