Plenty of non-kooks are buying Vincent Bugliosi's excellent conspiracy-debunking book. And many people are of the opinion that it's a very good book that cuts through the half-assed conspiracy-flavored bullshit to get at the truth of the assassination.

In fact, as of this writing on January 2, 2008, 56% of the 141 reviews for VB's book at Amazon are 5-Star reviews, which is a darn good percentage if you ask me (especially considering the fact that 75% of all Americans with an opinion on the matter believed in a conspiracy prior to the release of VB's "Reclaiming History" on May 15th, 2007).

In other words, almost 3 out of every 4 Amazon reviews for "RH" (to date) are essentially "positive" reviews (at least as far as basic "star" ratings are concerned, with a 3-Star rating certainly being a "positive" rating, based on the fact that it's a rating that includes more than 50% of the maximum number of rating stars allowed). Not bad stats for "Reclaiming History" at all, IMO.

Just goes to show (albeit only in a rough, unscientific form, based on 141 book reviews posted at Amazon.com) that a majority of people interested in the JFK assassination don't possess the same mindset regarding the case that most of the rabid CTers at this forum possess. (At least after reading "Reclaiming History" at any rate.)

Two of the 5-Star reviews posted at Amazon.com in December 2007 reveal comments like these:

"The conspiracy theorists were always wrong when it came to the JFK assassination. Bugliosi's new book is amazing, it makes one think they were a buffoon for ever believing that the hapless Oswald could've ever taken part in a conspiracy involving the CIA, mafia, or military-industrial-complex to kill the president. ....

"The facts and evidence Bugliosi unearths is astonishing. He makes many of the conspiracy writers look like frauds, there's simply no other way to put it. It presents a near perfect account of the assassination and a meticulous dissection of virtually every conspiracy theory surrounding it. .... Bugliosi takes on every angle and easily convinces anyone who chooses to see that Oswald acted alone and wasn't involved in any conspiracy. ....

"Mr. Bugliosi has provided an incredibly valuable service to the world with his Magnum Opus. He doesn't just shut the door on any more thoughts of a conspiracy, he drop kicks it shut with a resounding slam that will echo for generations to come. Reclaiming History will no doubt go down as one of the seminal pieces of investigative historical truth telling ever written." -- Drew Hunkins; Amazon Reviewer; December 29, 2007

"This is by far the single best work I have seen on the JFK assassination. I was expecting another Posner-ish type book, but boy was I pleasantly surprised. One by one the conspiracy theories are falling by the wayside. ....

"I currently find myself in the position I never thought I would be in. It is hard to let go of all the conspiracy baggage I have been carrying the past twenty years. I have invested a lot of time and money on this quest to find the answer to "who did it".

"During the course of my investigation I have determined that JFK made many enemies during his presidency; some even to the point of creating a motive for murder, however in the end, it appears to me now that Lee Harvey Oswald killed Kennedy and acted alone. This will be the last book I ever read on the JFK assassination." -- Daniel Gibson; Amazon Reviewer; December 18, 2007

Is there any chance we'll see Benjamin Holmes admit to this Internet aggregation that he was dead wrong when, on 8/22/07, he said that "Bugliosi did NOT address the 16 smoking guns"?

And will hell freeze over in rock-solid form before we hear Kook Holmes say he was mistaken when he uttered the following additional falsehood on November 4, 2007?:

"Sadly, even though Bugliosi clearly recognized the "16 Smoking Guns", and surely knew that they had to be dealt with - ran in the opposite direction. DVP, Bugliosi's mouthpiece, has lied and stated that Bugliosi DID answer the 16 smoking guns, but can't cite it."

(My guess is: Yes, Hades will have to turn to ice first.) 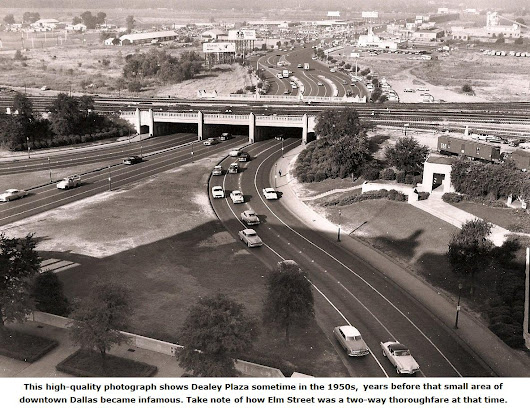