>>> "I wish LHO or his mom was here to sue you for this slanderous term, double-murderer, as he was NOT convicted of either one. You need to learn to use the term "alleged", as is the custom for all people not yet convicted in a court of law." <<<

To hell with your stinking "alleged" rule. There's no "alleged" about
it in LHO's case. He killed two men in Dallas in 1963. The evidence
proves it. And so do Oswald's own actions, which scream out "I'm
Guilty".

For some reason, CTers pretty much want to totally ignore Oswald's own
November 22nd post-12:30 ACTIONS and WORDS, which are actions and
words (i.e., lies) that are not indicative of an innocent patsy who
never fired a shot at anyone on 11/22/63.

And I guess Mama Marguerite would be very busy filing the lawsuits
too, because I'm certainly not alone here. The Warren Commission and
the HSCA would need to be sued too (they don't use the word "alleged"
either).....

"On the basis of these findings the Commission has concluded that Lee Harvey Oswald was the assassin of President Kennedy." -- Warren Report; Page 195

As usual, a kook is mangling the evidence. Surprise!


GERALD L. HILL -- "I asked Paul Bentley, 'Why don't you see if he has
any identification.' Paul was sitting sort of sideways in the seat,
and with his right hand he reached down and felt of the suspect's left
hip pocket and said, 'Yes, he has a billfold,' and took it out. I
never did have the billfold in my possession, but the name Lee Oswald
was called out by Bentley from the back seat, and said this
identification, I believe, was on the library card. And he also made
the statement that there was some more identification in this other
name which I don't remember, but it was the same name that later came
in the paper that he bought the gun under."

DAVID BELIN -- "Would the name Hidell mean anything? Alek Hidell?"

HILL -- "That would be similar. I couldn't say specifically that is
what it was, because this was a conversation and I never did see it
written down, but that sounds like the name that I heard."

C.T. WALKER -- "We took him up the homicide and robbery bureau...and I
went inside, and Oswald sat down, and he was handcuffed with his hands
behind him. I sat down there, and I had his pistol, and he had a card
in there with a picture of him and the name A.J. Hidell on it."

Via Will Fritz' WC testimony:

JOSEPH BALL -- "That day, at sometime during the 22nd when you
questioned Oswald, didn't you ask him about this card he had in his
pocket with the name Alek Hidell?"

FRITZ -- "I believe he had three of those cards if I remember
correctly, and he told me that was the name that he picked up in New
Orleans that he had used sometimes. One of the cards looked like it
might have been altered a little bit and one of them I believe was the
Fair Play for Cuba and one looked like a social security card or
something."

All of the above testimony indicates that the "Hidell" I.D. card was
found on Oswald on the day of the assassination (November 22). Only
an evidence-skewing maniac could possibly believe otherwise. Do you
qualify, Robert?

But you, of course, can't provide a stitch of PROOF to back up your
all-encompassing "All The Evidence Against Oswald Is Fake" claim. But
just SAYING it's all "fake" or "planted" is good enough for conspiracy
theorists like you, right? Right.


>>> "And you still don't [have] enough proof to show LHO did either of the shootings. Basically a purse snatcher couldn't be convicted with the "evidence" the WC put forth." <<<

The WC didn't gather up the physical evidence, idiot. The DPD, FBI, and
Secret Service collected the evidence. And it all leads to Oswald, like it
or not. The WC (and the HSCA) merely evaluated that evidence.

And what did BOTH the WC and the HSCA conclude? -- Both the WC and
HSCA said that Oswald was the only gunman who hit any limo victims.

And what are the chances that both of those U.S. Government panels
(dealing with the same assassination, 15 years apart) would be filled
with nothing but either rotten liars or utter incompetents?

Have you got your "Kook Kalculator" on you to figure those odds?


>>> "Your theory is even crazier, as it requires LHO to open his revolver and EMPTY the shells--evidence--onto the ground so the police could find them and match these to his revolver. Now how many killers do this?" <<<

I don't really care how many other murderers have shaken empty bullet
cartridges out of their guns. But one particular police killer in Oak
Cliff did that for sure on 11/22/63 -- and that killer was positively
Lee H. Oswald.

Or are you willing to call multiple witnesses who observed the shell-
ejecting incident all liars (Barbara Davis, Virginia Davis, Helen Markham,
and Domingo Benavides)?

It looks like Rob favors the "Jim Garrison tactic" with respect to the
"Dumping The Bullet Shells On 10th Street" issue. Garrison
enjoyed totally ignoring the ironclad "shell-ejecting" evidence too.
Looks like his lunacy has rubbed off on future generations of you
kooks.

No, he didn't. Oswald's wallet was found in one of his pockets just
minutes after he was arrested at the Texas Theater (as can be verified
via the Warren Commission testimony displayed earlier).

How many people carry two wallets on them? Not many that I've ever
encountered.

Either 15 or 16. And that's a decent-sized number of bullets for an
"innocent patsy" to be carrying around if this "patsy" of yours was
merely strolling to the movies to watch a couple of war flicks. Don't
you think?

The number of bullets would be 15 if Oswald fired a total of four
shots at Officer Tippit. And it'd be 16 if LHO got off five total
shots (including one shot that missed Tippit completely).

The five-shot scenario is entirely possible, given the "I heard five
pistol shots" testimony of Ted Callaway, plus the mismatch of the
Remington & Western type bullets and shells found at the scene of the
crime.

I think it's quite likely that Oswald fired five shots, instead of
just four. Of course, that can never be proven beyond all doubt, since
a fifth bullet was never recovered.

Who cares? Means nothing whether they could officially "identify" the
shells or not. Not even most CT-Kooks think the "chain of possession"
for the two bullet shells found in the yard of Barbara and Virginia Davis
is weak or broken. There's a clear chain of custody for both of those
shells....from the Davis property to the DPD.

Naturally, Rob, being a nut, has to make something shady out of the
two Davis bullet cartridges too.

You're an idiot (yet again). The bullets were consistent with bullets from
Oswald's revolver. Plus, they were the identical TYPE/BRAND of bullets
that Oswald had inside his gun when captured (Remington-Peters and
Winchester-Western).

Plus, there's Joe Nicol's testimony. (You know what that is, right,
Mr. Idiot?)

Oswald's Mannlicher-Carcano was fired many, many times after November
22, 1963, and AFAIK it never misfired and it never jammed during the
FBI's tests. The firing pin, therefore, must have been in "okay" condition
for those many post-11/22 tests.

But keep working on your "Anybody But Oswald And His Weapons"
theories. Pretty soon you'll probably be claiming that Rifle #C2766
never really existed in the first place.

The pin could have sustained damage after the revolver was shipped to
Oswald by Seaport-Traders in March 1963 (probably during the wild theater
scuffle on November 22nd).

But, being the idiot you evidently are, you seem to think that any damage
to the gun MUST have occurred prior to Oswald having received it in the mail.

Oh yeah! That little small-potatoes "stuff" when Oswald tried to kill
some people within the theater (after having NOTHING else said to him
by the police except "get on your feet").

And then there's Ozzie's "It's all over now" statement made in the
theater too. And, per some witnesses, possibly another comment made by
LHO as well, "This is it".

I guess those comments are the words of a totally innocent "patsy", huh?


>>> "And you know this because the police and WC did an exhaustive search on anyone who might have a MOTIVE to shoot officer Tippit?" <<<

Lee Harvey Oswald had the best motive imaginable for the murder of a
policeman on Tenth Street -- LHO had just shot the President of the
United States forty-five minutes earlier.

Why on Earth would the police need to keep looking for J.D. Tippit's
killer after they knew they had captured the right man in the movie
theater?

This puts me in mind of the joke about a guy who loses his car keys.
He eventually finds the keys stuffed behind the sofa cushions in his
living room....but he continues to search for them even after he finds
them in the sofa.

I guess Rob would have preferred that all members of the Dallas Police
Department in 1963 had done the same thing as that man looking for his
keys -- just keep on looking for the damn things even after you've got
them in your hands. 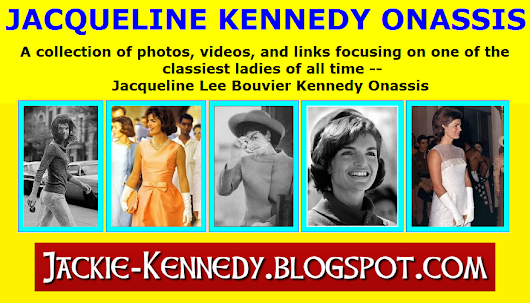