Vince Palamara made the following statement (via an on-screen annotation) in this YouTube video:

"As with all the prior Texas stops, Florida stops, etc., motorcycles bracketed the limousine...except in Dallas." -- Vince Palamara; June 17, 2008

I'd like to say something about Mr. Palamara's misleading "bracketed" assertion regarding the police motorcycles that accompanied President Kennedy's limousine during the various motorcades in November 1963 (particularly the Tampa and Dallas parades):

I'm not exactly sure what kind of motorcycle "bracketing" Mr. Palamara is referring to in his above YouTube annotation (does Vince think that police motorcycles should have ALWAYS been right smack-dab up against JFK's limo door?), but the following two photographs are quite interesting, in that the top photo shows JFK in SS-100-X during the Tampa, Florida, motorcade on November 18, 1963; while the bottom picture is the famous photo taken by James Altgens in Dallas' Dealey Plaza just four days after that Tampa parade: 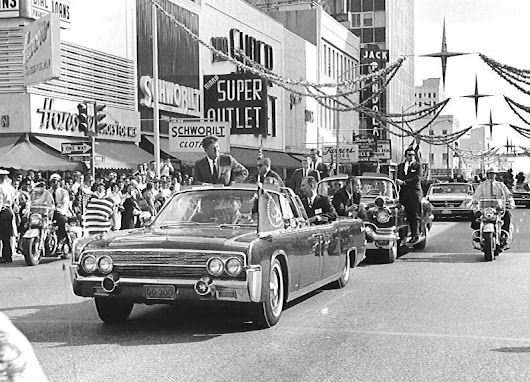 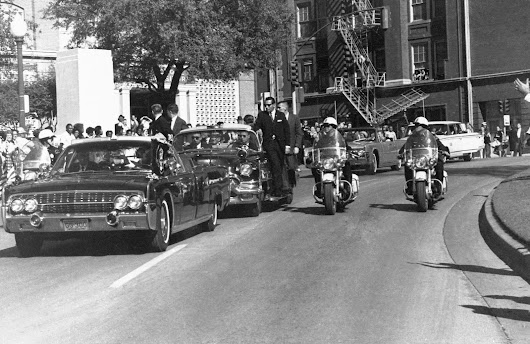 When comparing those two motorcade images shown above, anyone can easily see that the motorcycles in each picture are pretty much in the exact same locations (relative to JFK's limousine) -- i.e., each cycle is slightly to the rear of Kennedy's car, with the cycles being located in a position that is approximately even with the front wheel of the Secret Service follow-up car.

Many conspiracy theorists seem to think that the Dallas motorcade was entirely different than all other pre-November 22 JFK motorcades that preceded it (with respect to "security" issues and motorcycle placement and the Secret Service agents' positions on or near Kennedy's car, etc.).

But when we examine numerous photographs taken of multiple pre-November 22nd parades involving President Kennedy driving in his open-top convertible (SS-100-X), we can tell right away that the Dallas motorcade was no different than any other motorcade that came before it with respect to security and motorcycle placement.

Now, yes, I'll admit that there is one substantial difference between the two photos above depicting the Tampa and Dallas motorcades -- with that difference being: there are two Secret Service agents riding the bumper of JFK's car in the Tampa photo, whereas there are no agents on the bumper in the Dallas (Altgens) picture.

But if CTers want to now say "Aha! I told you that SS protocol was violated in Dallas by not having agents on the bumper of Kennedy's car!", I'll offer up some prime rebuttal photos that totally destroy that line of conspiratorial thought regarding the standard Secret Service procedures during motorcades during the JFK years:

There's this picture taken in Albuquerque in 1962, in which there are no agents riding the bumper of the President's car (and also please note, Mr. Palamara, the total lack of ANY police motorcycles very near Kennedy's vehicle in this photograph; the nearest cycles are many yards behind JFK's car, even further back than they are in either the Tampa or Dallas photographic examples I supplied earlier): 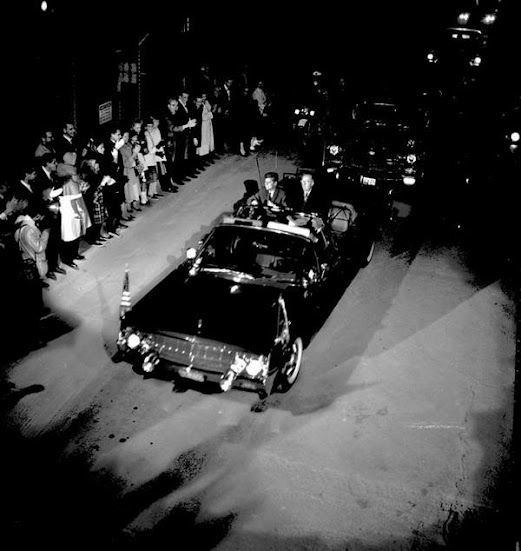 Here's another example of a pre-11/22/63 parade where there are no motorcycles in sight at all. None. Plus, no SS agents riding on the bumper of JFK's car either (indicating, of course, that there was NOTHING UNUSUAL in any way about the Secret Service agents NOT constantly riding on the bumper of SS-100-X during a Kennedy motorcade: 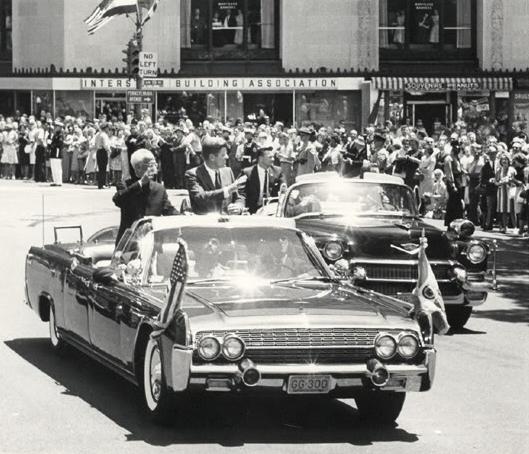 Also, let's take a look at this photo (taken in Hawaii), which has JFK standing up in the limo, with no Secret Service agents on the bumper and no police motorcycles anywhere near the car (at least on JFK's side of the vehicle anyway): 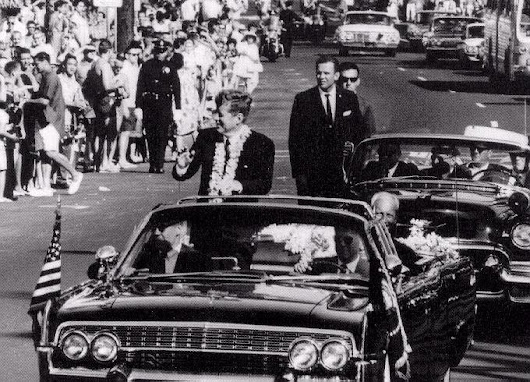 "Security-wise" and "Secret Service Procedure-wise", the Dallas motorcade on November 22, 1963, was NO DIFFERENT than any of the other many motorcades that John F. Kennedy participated in during his nearly three years as President of the United States. And the pre-November 22nd photographs displayed above vividly prove this point.