>>> "Demonstrating that the previous solution was incorrect is
enough." <<<

Which is something that no conspiracy theorist (or group thereof) has
ever done.

Conspiracists THINK they've "demonstrated" that the official version
is wrong, but the unsupportable and forever-unprovable opinions of a
bunch of armchair theorists couldn't possibly matter less, IMO. (And
perhaps major news outlets like ABC and CBS, et al, feel the same
way.)

A brief look at the assassination inventory:

When assessing anything of a PHYSICAL nature, about the only thing I
can think of (offhand) that the conspiracy theorists possess in this
"physical" regard (and I'm including "witness observations" in this
definition of things "physical"; aka: Direct Evidence) would be the
several Parkland and Bethesda witnesses who said they saw a large
wound in the back of JFK's head.

But those witnesses (yes, ALL of them) are proven 100% incorrect/
mistaken by taking just a brief glance at the following
"unaltered" [HSCA determination] photograph, which proves beyond all
possible doubt that the "Wound In The Back Of The Head" witnesses
were wrong (no matter how many of those witnesses existed):

How can any conspiracy believer who thinks that JFK was shot in the
head from the front possibly explain away the above X-ray of President
Kennedy's cranium? How?


>>> "As far as your assessment of the TV programs you watch--please!!! If you can't see the bias of these programs then you really need to watch them again." <<<

This isn't always the case at all, IMO. For example, Robert Stone's
2007 PBS-TV documentary, "Oswald's Ghost", allows several pro-
conspiracy people to have their say--lots of "say", in fact--including
one of the "deans" of conspiracy, Mark Lane. 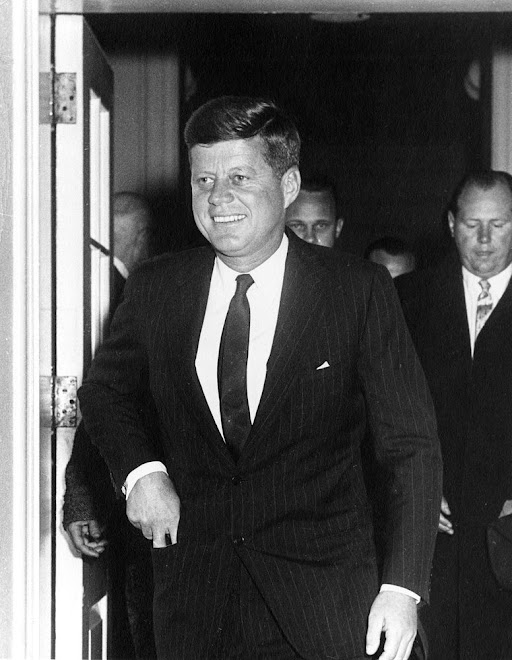