>>> "Just how many 'American Experience' films do you see THAT ACTIVELY DISCOURAGE FURTHER PURSUIT OF A TOPIC?" <<<

Robert Stone lets the conspiracy promoters have their say in "Oswald's Ghost". Lots of say, in fact....and from people who are regarded very highly by many conspiracy believers today too, e.g., Mark Lane, Josiah Thompson, and the late Jim Garrison. (And for many people, you can't get much more highly regarded in the conspiracy community than Mr. Lane and Mr. Thompson.)

Mr. Stone is telling us (in a nutshell) that ENOUGH IS ENOUGH.

How much "further pursuit" of this JFK topic is required (without finding anything close to a smoking gun, or a bullet, or a killer, or a PROVEN "conspirator") in order for people to say to themselves that the truth is already on the table -- i.e., Oswald did this and he probably did it without any help from the goon squad from Cuba, or the CIA, or the FBI, or the MIC, or any of Michael Paine's pals at Bell Helicopter either.

Bob Stone's film is a good one. It's not totally comprehensive in nature, no. What 82-minute documentary could possibly be completely comprehensive and all-inclusive when tackling this 44-year-old subject which involves not just one murder -- but three?

But, in my opinion, "Oswald's Ghost" does provide a good overview of BOTH sides of the debate, including (as mentioned) the pro-conspiracy side of the equation.

JFK conspiracy promoters should probably step back for just a moment and ask themselves the following two questions:

1.) When can I expect some hard evidence of a conspiracy in the JFK case to show up (instead of having to rely on the current batch of piecemeal grist from the rumor mill)?

2.) How long is TOO long to wait for such a revelation? 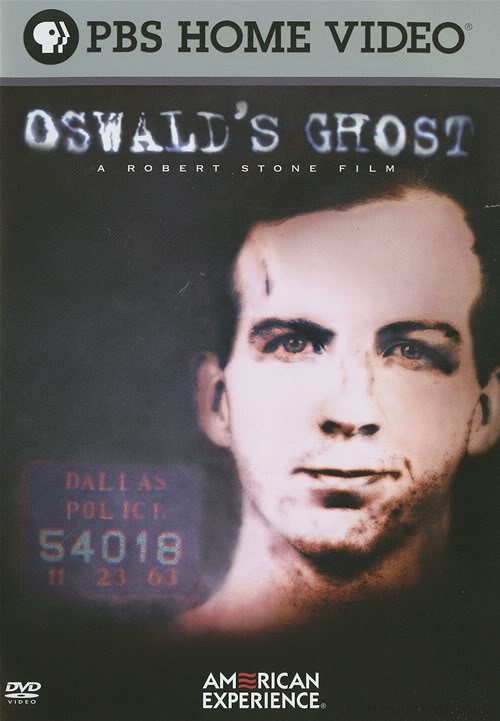