Because the trach obliterated it.

(More about the "stupidity" of this below.)

There's still only ONE hole of entry in the head....and it's not in
the front. Period.

I'm sure that Commander Humes is crushed by your lack of forgiveness.

If you say it 25 more times, you qualify for a free copy of Mellen's
new Garrison-propping tome.

(I think maybe you could get Brian "Pyrotechnics Device" Andersen to
believe you though. Try him.)


>>> "It confirms their [Drs. Humes, Boswell, and Finck] incompetence and calls into question everything they did." <<<

The main determinations of the autopsy weren't botched (i.e., "2
bullets hit JFK; both of them coming from above and behind")....but
the postmortem exam certainly could have been better, I'll grant you
that.

The biggest mistake (IMO) by Humes, et al, was the unbelievable
oversight/(stupidity) of NOT CALLING DR. PERRY in Dallas while Kennedy
was still on the slab at Bethesda.

Was Humes worried that he would wake up poor Dr. Perry and disturb his
slumber?

Humes admitted that he was deeply concerned about not finding any
bullets inside JFK's neck/back areas, and he suspected that the trach
might double as a bullet hole. But he just sits on his hands re. this
huge question mark until the next day (when the body's now out of his
control).

That's a bigger mistake than the "4-inch" gaffe, if you ask me.


>>> "So, the exact locations of wounds does not matter at all? Then why bother having an autopsy at all?" <<<

Most "reasonable" people can easily see that the three autopsists got
the "big ticket" stuff correct (regardless of the exact to-the-
millimeter location of certain wounds, which CTers would no doubt find
a reason to quibble about even if HB&F and the FPP had agreed 100% on
the exact locations of JFK's wounds).

The big-ticket (i.e., most important) stuff being:

1.) JFK was shot two times and only two times.

3.) The bullet that entered JFK's back exited his throat.

Most of the other stuff regarding the discrepancies of the exact
location of some of the wounds is secondary.

The discrepancies serve as a nice, 44-year-long parlor game to spark
CT vs. LN debate, but that's about it. Because that pesky SUM TOTAL of
evidence (including the imperfect autopsy) is telling a reasonable
individual that three shots were fired at JFK by Lee Oswald in the
TSBD, with two of those bullets striking President Kennedy, killing
him.

It would be nice if the discrepancies in the medical/autopsy record
did not exist...true. I cannot deny that. But even with those
discrepancies and disagreements in the record of this case, it's still
very possible to arrive a firm "Beyond A Reasonable Doubt" solution to
the murder of JFK.*

* = Unless, that is, some people actually are of the opinion that Drs.
Humes, Boswell, and Finck were so utterly incompetent and inept and
stupid (all THREE of them!) that they really couldn't tell a blob of
"tissue" or a spot of "blood" from an actual "BULLET ENTRY HOLE" in
the BACK of President Kennedy's head during the autopsy on November
22, 1963.

Does anyone actually think the three doctors (ALL of them!) were truly
THAT incompetent?

(Oops, sorry, I forgot. Tony Marsh does, indeed, reside in such a camp.) 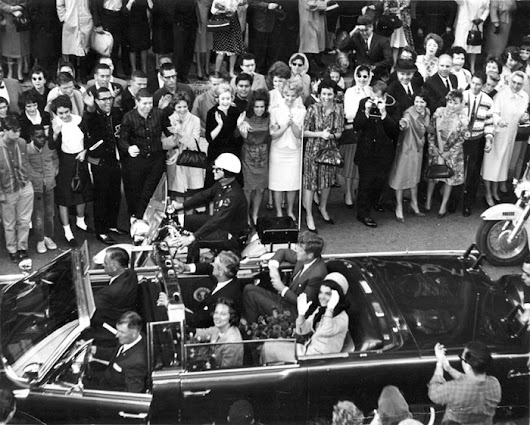