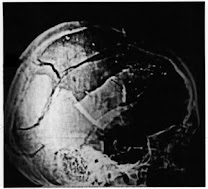 I must take issue with those who like to declare Bugliosi's 'Reclaiming History' book as the definitive work that ends all the theories. .... Bugliosi's book is a real disappointment. It solves nothing. .... Bugliosi alleges that many of the conspiracy writers 'cherry pick' their witnesses and statements to support their conclusions. On this, he is right on.

And then he proceeds to do exactly what he castigates others for, cherry picking those who saw the Oswald lone gunman theory and discounting everyone who saw something different for one reason or another.

I was and still am in disbelief that a writer as talented as Vincent Bugliosi fell into such a trap of hypocrisy. Unfortunately, Bugliosi's book solves nothing, despite the constant desire of many to have it do so. I wish it had.

Yeah, Vince should have probably worked for another 20 years in order
to please every conspiracy-loving crackpot who walks the Earth, huh?

The fact is, of course, for all intents and purposes, the JFK case was
"solved" the very weekend it occurred in November of 1963. The Dallas
Police Department and the Secret Service had gathered so much evidence
against the one man connected to the two Dallas murders (including the
slaying of Officer Tippit) that it probably made District Attorney
Henry Wade salivate just thinking about it.

So, in actuality, Vincent Bugliosi's "Reclaiming History" doesn't
"solve" the case, nor was it Vincent's intention for his book to
"solve" the actual crimes. Because, based on the hard evidence (sans
the speculation injected by the conspiracy kooks), the murders of
President Kennedy and Officer Tippit were "solved" long, long
ago....certainly well before Vince Bugliosi put pencil to paper and
began writing "Reclaiming History" in 1986.

The things that VB's comprehensive book do accomplish are just what VB
said he wanted the book to accomplish -- To "educate" people about the
truth surrounding the assassination of John Kennedy; and to "expose"
the CTers and their ridiculous theories for the sham that they
are. .....

"The purpose of this book has been twofold. One, to educate
everyday Americans that Oswald killed Kennedy and acted alone. ....
And two, to expose, as never before, the conspiracy theorists and the
abject worthlessness of all their allegations. I believe this book has
achieved both of these goals." -- Vincent Bugliosi; Page 1461 of
"Reclaiming History: The Assassination Of President John F.
Kennedy" (c.2007)

Hence, "Reclaiming History" is designed to "reclaim history" from the
conspiracy-lovers of the world. Which, in my opinion, it does....and
does very well.

As for "cherry picking" the evidence, or distorting things, etc. ---
That allegation being aimed at VB is pure hogwash. Vince has discussed
all of the major (and many of the minor) conspiracy theories in "RH".
Offhand, I cannot think of any theory that VB has ignored.

If Vince hasn't dealt with a certain theory or assassination sub-topic
deeply enough to satisfy a particular CTer or group of CTers....I can
only say: You can never please everybody (especially those who have
invested decades of their own existence peddling unsupportable and
unprovable JFK conspiracy theories since 1963).

So, even though Vince touches on virtually every silly little theory
imaginable within the 2,800+ total pages of "Reclaiming History"
(including the CD endnotes and source notes), many hard-boiled
CTers will never ever be satisfied. Because satisfying a rabid
conspiracy-hungry person cannot be done by anyone. Not by Vincent
Bugliosi, Jesus Christ, or anyone in-between.

But to a REASONABLE person turning the fact-filled pages of
"Reclaiming History", Vince Bugliosi's book does a very nice job of
knocking down the major conspiracy theories that have mushroomed
out of virtual nothingness since 11/22/63.

And many of those unsupportable theories which Vince destroys in "RH"
have been embraced as the unvarnished truth by many people around the
world, despite a complete lack of hard evidence to support such conspiracy-
flavored conjecture. John Armstrong's idiotic "Harvey And Lee" double-
Oswald theory being an excellent example. Armstrong's craziness is
demolished with heavy doses of common sense over the course of 15
endnote pages in "RH".

As far as Vince ignoring or "discounting" witnesses who claimed they
saw something that opposes the general lone-assassin scenario, I'll
have to disagree with that assessment of VB as well.

Bugliosi lays the opposing viewpoints out there, like the observations
of the Parkland doctors and S.M. Holland and Jean Hill and Gordon
Arnold and Ed Hoffman, etc.

But what Vince then does is to evaluate those witness observations
in the proper context (i.e., in the context of the SUM TOTAL of evidence
in the case). Plus, a whole lot of common sense is utilized when
evaluating this "sum total", and then Vince arrives at a conclusion
based on that sum total (with common sense inexorably attached,
which is very important too).

Yes, Vince always arrives at a "Lone Assassin" conclusion at the end
of such "sum total evaluation", but there's a very good reason for
that....and anyone who has examined the SUM TOTAL of this evidence
should know why that is the case.

An excellent example is this one:

The Parkland and Bethesda witnesses who said they saw a large gaping
wound in the back of JFK's head vs. The Sum Total of Evidence.

The "Sum Total" in the above example (specifically) has to include, of
course, many other things besides just the "BOH" (back-of-the-head)
witnesses.

The "Where Was The Head Wound?" sum total of evidence includes all
of this stuff:

1.) The observations of the witnesses who saw JFK at Parkland Memorial
Hospital in Dallas (witnesses who were NOT, of course, responsible for
performing an autopsy on the dead President; nor were any of these
Parkland witnesses responsible for probing JFK's bullet wounds in
order to decide which ones were "entry" wounds and which ones served
as "exits").

2.) The observations of everyone at Bethesda Naval Hospital in
Maryland during JFK's autopsy.

3.) The autopsy photographs (verified as "authentic and unaltered" by
the HSCA in 1978).

5.) The official autopsy report (signed by all three autopsists -- Humes,
Finck, and Boswell), which is a report that verifies the fact that President
Kennedy was killed as a result of "two perforating gunshot wounds" that
had originated "from a point behind and somewhat above the level of the
deceased".

6.) As an extension of #2 above, the extensive and very detailed
testimony of the three autopsy doctors needs to be evaluated
(including the testimony given by these doctors at various times over
the years -- including testimony or depositions given to the Warren
Commission, the HSCA, the ARRB, and at the Clay Shaw Trial in New
Orleans in 1969).

This testimony from the autopsists, in its entirety, certainly does
nothing to discredit or undermine the following paragraph which
appears in JFK's 1963 autopsy report -- "It is our opinion that the
deceased died as a result of two perforating gunshot wounds inflicted
by high-velocity projectiles fired by a person or persons unknown. The
projectiles were fired from a point behind and somewhat above the
level of the deceased."

7.) The Zapruder Film. .... Studying the silent 26-second Z-Film can,
of course, be an exercise in subjectivism. But it's my opinion, and
obviously the opinion of Mr. Vincent T. Bugliosi as well, that Zapruder's
home movie shows nothing that would refute or disprove the overall
"lone assassin" conclusion with respect to John Kennedy's and John
Connally's injuries sustained on Elm Street on November 22, 1963.

There are, of course, multiple "lone assassin"-favoring points on
Mr. Zapruder's famous color film, including grisly (but crucial) Frame
313, which depicts the President's head being pushed FORWARD at
the critical moment of the bullet's impact, indicating a shot from the
REAR, not from the front:

When a reasonable person evaluates all seven of the items above, is it
more reasonable to reach the conclusion that ONLY the people who
comprise #1 (and a few within my #2 item as well) were correct with
respect to JFK's head injuries?

If that IS the most reasonable conclusion to reach, then the people
who have reached such a conclusion must also think it's quite
reasonable to accuse many people of telling a series of lies for
decades on end regarding JFK's head injuries.

And if "#1" is the only way to go, then on top of the lies being told
by Humes, Finck, and Boswell (et al), I guess it would also be
"reasonable" to think that ALL of the various autopsy materials
(photos, X-rays, and the Final "two perforating gunshot wounds...fired
from a point behind and somewhat above the level of the deceased"
Autopsy Report) were fake, phony, altered, or whatever.

Which then also means, if we're to believe the last paragraph I just
wrote is the "reasonable" way to go, we've got to place a lot more
people into the "liars" bin -- e.g., the four doctors who examined the
autopsy photos and X-rays for the Clark Panel in 1968....and all of
the experts on the photographic panel who examined the photos and X-
ray for the HSCA in the 1970s, with those HSCA experts arriving at the
following conclusion regarding those materials:

"The committee did, however, subject the autopsy photographs and
X-rays to scientific analysis. These examinations by the committee's
consultants established the inaccuracy of the Parkland observations.
The experts concluded that the autopsy photographs and X-rays were
authentic and unaltered, confirming the observations of the autopsy
personnel and providing additional support for the conclusions of the
medical consultants." -- HSCA Report; 7 HSCA 39

Via Vince Bugliosi's "Reclaiming History", the following words can be
found on the subject of photo fakery (and the logical common-sense
conclusion about the "BOH" witnesses is displayed by Bugliosi in the
last paragraph below):

"The single most important discovery, and one that establishes
with absolute and irrefutable certainty that the autopsy photographs
have not been altered, is the fact that many of the photographs, when
combined in pairs, produce stereoscopic images. ....

"The only way a forger can successfully alter a detailed
stereoscopic image...without detection is to alter both images
identically, which is, [photographic expert and HSCA panel member
Frank] Scott said, "essentially impossible." ....

"The entire photographic panel of the HSCA concluded that "the
autopsy photographs and X-rays were taken of President Kennedy at the
time of his autopsy and that they had not been altered in any manner."
This fact alone demolishes the conspiracy theorists' allegations that
photographic fakery was used to conceal the plot to kill the
president.

"It also destroys another prime conspiracy belief--that the
eyewitness descriptions of the president's wounds that were offered by
the Parkland Hospital doctors (and later by some eyewitnesses to the
autopsy) are proof that the autopsy photographs had been altered.

"Obviously, if the autopsy photographs are genuine and unaltered
(which all the experts agree), then eyewitness descriptions of the
president's wounds that contradict those photographs are not proof of
alteration, as some critics claim, but nothing more than examples of
understandable, mistaken recollections, or if not that, then
deliberate and outright falsehoods." -- VB; Pages 223-224 of
"Reclaiming History" (Endnotes on CD)(c.2007)

Another of my favorite passages from the pages of "Reclaiming
History":

"The conspiracy community regularly seizes on one slip of the
tongue, misunderstanding, or slight discrepancy to defeat twenty
pieces of solid evidence; ...treats rumors, even questions, as the
equivalent of proof; leaps from the most minuscule of discoveries to
the grandest of conclusions; and insists that the failure to explain
everything perfectly negates all that is explained." -- VB; Page xliii
of "Reclaiming History" (c.2007)

If anyone chooses to disregard items #3 through #6 listed above, and
go with #1 and (partially) #2 as the definitive truth with respect to
President Kennedy's head wounds, I'd suggest taking another gander at
the logical pages of a book called "RECLAIMING HISTORY". It should set
you straight. (If you're "reasonable", that is.)