Oh, goodie! Bonnie Ray is a shooter this week! Nice!

A year ago it was 18-year-old TSBD worker Danny Arce being accused by Mr. Willis of shooting the President -- from the WEST side of the FIFTH floor, no less:

"I must admit I'm leaning more now towards the 6th floor, for the rifles...but still with, yes, the other TSBD employee with no alibi, Arce, as the shooter, west side. Because he couldn't have taken a chance that the west end of the 4th floor was occupied & someone might hear him up there." -- Donald Willis; February 2007

More on that hilarity HERE.

But it appears that a new Willis theory has sprouted legs (based on nothing but Mr. Dillard's "maybe a few seconds after the last shot" quote you talked about earlier).

That's what is so nice about being a CTer, huh? There's no need to stick to anything concrete (like bullets, prints, guns, shells, or the lies and the actions of the man who owns a particular gun found on the Floor Of Death).

And there's no real reason for CTers to even stick to any particular shooter either. One day they can have Danny Arce pulling the trigger; the next day, it'll be Bonnie Ray Williams. Tomorrow: Jack Dougherty. Day after that: Elsie Dorman (her camera served double-duty as a lethal weapon, I think).

And, since there's a complete lack of ALL physical "conspiracy" evidence in the case, the CTers can travel hither-&-yon, to-&-fro, back-&-forth, and up-&-down-&-sideways via their speculation, to oblivion, while searching for the "real truth", all the while throwing mud on any number of innocent teenaged warehouse workers who happened to also be employed in the same building as a murderer named Oswald.

It is, indeed, a curious hobby these conspiracy theorists have. But always hilarious to observe from a distance.

"DILLARD PHOTOGRAPHED MARGUERITE ON THE FOURTH FLOOR WITH AN AK-47!" 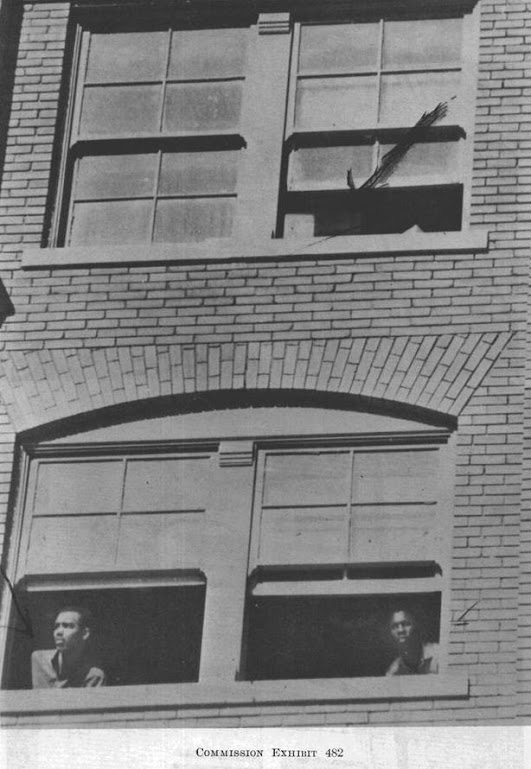