Beats me. But it's obvious that it was there (Day/Studebaker/
Montgomery/LHO's prints), regardless of how many people failed to
notice it initially.

The WC and HSCA considered that bag to be real evidence in the case
(i.e., NOT PLANTED or tampered with). Why don't you believe that too?

Don't answer that question. I just ate. And I don't want to hurl.


>>> "Your belief is NOT an "ordinary" explanation, it is a made-up story to support your made-up theory." <<<

Goodie! A kook, as per usual, is turning the ordinary into the extraordinary,
with the kook thinking it's MORE "ordinary" to have multiple police officers
tell a boatful of LIES (under oath) than it is to simply have some police
officers not noticing a paper bag on the floor.

(And it's especially nice for the guilty murderer that will be leaving
prison soon, because you, one of his jurors, decided to become a
conspiracy kook at some point in your life.)

It was all part of the vast "Let's Get Oswald" cover-up conspiracy I guess.
That's what you believe anyway.

Of course, once again (just like the "Mystery Bag" discussion that
comes later in this post), the plotters who are framing Oswald are
doing things that FAR EXCEED the things they really need to do in
order to frame the guy.

5.) They've got tons of witnesses (coerced?) who all say that Oswald
killed Tippit or that Oz was the only person waving a gun fleeing the
Tippit crime scene.

6.) They've got the shells from Ozzie's gun on 10th Street. (You think
those are "plants" too, naturally; but for the sake of this fairy-tale
discussion, who cares? The plotters STILL have that evidence to nail
the sap/patsy too, right? Right.)

7.) They've even got Oswald brandishing a pistol in the theater (which he
entered without paying!) and fighting with the cops just 80 minutes
after JFK's murder and just 35 minutes after Tippit's murder. So it
appears that the "patsy" HIMSELF is cooperating nicely with the pre-
arranged "Let's Blame Oz" plan. He goes along with the plan and ACTS
AS GUILTY AS HELL OF SOMETHING when he's arrested.

Of course, being the Super-Kook you are, you don't find Oswald's
post-12:30 PM actions on Nov. 22nd suspicious at all...do you Mr.
Kook? His actions in the theater (and in front of Johnny Brewer's shoe
store) don't indicate anything other than TOTAL INNOCENCE on Sweet
Oswald's part....do they, kook?

After all, per Robby [Caprio], "LHO shot no one that day [Nov. 22, 1963]."
Therefore, it was just a routine Friday afternoon for Lee Harvey: Get
out of work at midday; go to the movies (without paying for the very
cheap ticket); act "funny" and "scared" outside of Brewer's store; and
then fight like mad with several police officers when merely told by
Officer McDonald to "get on your feet" (nothing else was said to
Oswald at that point; but Oswald goes berserk and starts pulling out
guns and fighting like a condemned man anyhow; go figure that behavior
coming from a man who "SHOT NO ONE THAT DAY").


>>> "It [the bag held by Montgomery outside the TSBD] was totally erect, so something had to be keeping the back from falling over at the middle. The Mauser is my guess." <<<

A stupid guess too. (Seeing as how no Mauser existed at all.)

What would be your second-best guess? A Springfield 30.06 maybe? Yeah,
try that one. It's another of the make-believe rifles that CTers have
talked themselves into believing was really used by the brain-dead
plotters who were attempting to FRAME ONLY OSWALD for the murder of
President Kennedy.

Maybe Lee was supposed to be some kind of circus-like trick shooter,
with the ability to fire not 1, not 2, but THREE different rifles at the
President at the same time! A Carcano; a Mauser; and a Springfield!


>>> "Please, like anyone was thinking of that at that point, they had the biggest case of their lives. Only many years later has it been asked: What was in that bag?" <<<

LOL time. Robby doesn't seem to realize the "Kook Box" he just painted
himself into there. (I.E., only YEARS LATER has any of this kookshit
become the least bit important to bored, conspiracy-happy nuthatches.)


>>> "Answer this (don't expect it as you duck all the questions I ask) for me then: when did LHO take the bag to the Paines? [Buell] Frazier said LHO had NO bag on Thursday night, so when did he get it from the TSBD (WC's alleged place for the making of the bag) to the Paines' garage?" <<<

Probably Thursday night. Hence, the "folds" in the bag. Oswald
probably folded the empty bag and probably hid it under his jacket or
shirt or someplace where Frazier never noticed it.

The empty paper bag could have conceivably been at the Paine house
prior to Thursday, 11/21....but I doubt that very much. And for one
very big reason: I don't think Oswald had it in his mind to even shoot
the President until (at the very earliest) Tuesday, November 19th,
which is the first day he could have had any knowledge of the exact
motorcade route (via the Dallas newspapers).

And we know that Oswald did not go to the Paine house the previous
weekend (Nov. 15-17), because of the birthday party that Ruth Paine
was having for one of her children. (Which, btw, leads to another one
of LHO's lies that he told after he was arrested, when he told the
police that the children's birthday party was planned for the weekend
of November 22-24, when he knew full well that was not the case at
all.)

Therefore, if Oswald wasn't even planning on shooting JFK prior to
approx. November 19th (which I think is correct--he wasn't planning it
before at least that date), it means that the paper bag had to have
either already been (coincidentally) located at the Paine house before
LHO decided to kill the President, or Oswald took the bag to Irving
on Thursday, November 21st, the only day he was known to have gone
there after the weekend of November 8-9-10.

Several CTers I've talked to have postulated that Oswald had his lunch
inside that big bag he took to work. (Along with the phantom "curtain
rods" too, of course.)

Looks like Robby missed out on a kooky theory. Hard to imagine that
ever happening.


>>> "Explain the police officers that signed affidavits stating a Mauser was found." <<<

They originally did think that a Mauser was found. (Duh.)

They later realized their error....and said so. (Except Super Liar
Roger D. Craig, that is.)

But, of course, Roger C. is in a "Liar" category all to himself, as we
all know. All non-lying cops who first said they observed a "Mauser"--
Boone and Weitzman--reversed themselves completely in that regard, and
said so in public many times.

Naturally, Kook-Rob believes every word spouted by a verified and PROVEN
liar (Roger Craig), while disregarding the other non-lying police officers.

Par for the Kook Kourse, of course.

Ruth Paine or Michael Paine bought some curtain rods and placed them in
the Paine garage.

By "him", I suppose you automatically mean Patsy Oswald, right?

But why would you mean him?

Oswald never said a word to Mrs. Paine or to Marina about coming to
Irving on Thursday in order to get curtain rods. Which is actually kind of
odd too -- because Oswald could have very well utilized that alibi and
made it a partly-true alibi as well....if he had merely taken those rods
out of the Paine garage on November 22 and then taken them into the
Book Depository (along with the rifle).

Go ask Patsy Lee why he didn't think of that. It would have reduced his
large list of "provable lies" by at least a few.

And you do that very well. All the time.

And you've done this, have you? Where? I haven't seen it.


>>> "It [the "Mystery Package" supposedly mailed to LHO in early Dec. '63] was meant to be discovered (I would guess sooner than a few weeks) so two-&-two could be put together to frame LHO." <<<

And you think that the people who saw this mystery package after 11/22
(and thus would KNOW that such a totally meaningless brown paper
package was sent by an OBVIOUS CONSPIRATOR of some sort, per your
eternal "Let's Frame LHO" posture) were just going to ignore this connection
to an OBVIOUS CONSPIRATOR?

Somebody lend Rob their brain. He's lost his (again).

So these stumblebum plotters think that it was WISE to send some
package to Lee Oswald (which was a meaningless endeavor, of course, in
that it doesn't prove a damn thing with respect to LHO shooting people
in November), which was done within the internal "plotter" mindset of:

WE NEED TO FRAME LEE HARVEY OSWALD AND MAKE PEOPLE THINK THAT HE ACTED ALONE ON NOVEMBER 22.

And by somebody ELSE (obviously) sending the "solo patsy" a shady-looking
package, it was going to make it look MORE like Oswald did the killing
BY HIMSELF??

Is that your current posture regarding the Mystery Bag, Mr. Kook?

Rob needs that replacement brain....fast. He actually thinks that the
plotters would tip their hand by sending Oswald something in the mail.
Did the plotters think that the cops would later think that LHO did,
in fact, send the mystery bag to HIMSELF?

But, given the CT mindset concerning the JFK case, I guess I shouldn't
laugh (too loudly). After all, Robby and many other people actually
think that "LHO SHOT NO ONE THAT DAY" and also think that some
goofball band of assassins would WANT to shoot up Dealey Plaza by
using multiple guns to kill the President within the pre-arranged "WE
ARE FRAMING ONLY OSWALD" context.

Now THAT'S where the laughing really gets heavy.

Well, off the top of my head, I'd have to say this is my best explanation:

Who the fuck cares?

(Sorry, it's the best I can do, given the "It Goes Nowhere" sign that hangs
over that mystery package.)

Thanks for letting me bash your kooky head against your make-believe
"Conspiracy" wall for the umpteenth time, Rob. I enjoyed it. As always. 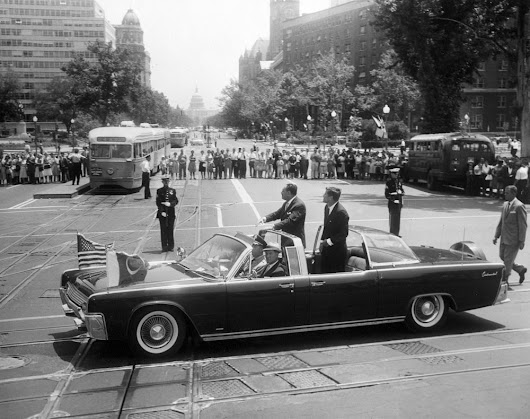