>>> "Von Pein, we need more people in this country to cut through the cow manure [that] people like you and Bugliosi try to shove down our throats." <<<

Only in the feeble and speculation-filled mind of a conspiracy-happy kook could the verified OSWALD-DID-IT evidence be referred to as "cow manure".

Jackson (and many kooks like him, unfortunately) thinks that BOTH U.S.
Government organizations that were called upon to investigate the
murder of the 35th U.S. Chief Executive -- organizations that
investigated the assassination some 15 years apart -- were BOTH DEAD-
WRONG when each of those Government bodies came to the unified
conclusion that Lee Harvey Oswald was the only person who fired any
bullets that struck any victims in Dealey Plaza on 11/22/63.*

* = And this includes the HSCA, an organization that desperately
WANTED to find a conspiracy in JFK's murder.

Imagine that -- an entity like the conspiracy-hungry HSCA couldn't
even find a way to make Oswald innocent of the two murders he
committed in Dallas. And this is a committee (the HSCA) with gobs of
resources at its disposal, including the luxury of having much more
time to investigate the case than the WC had (or took), plus the
benefit of being able to put together panels of experts to look deeper
into the forensics/autopsy evidence (via the FPP) and the photographic
evidence (via the HSCA's Photographic Panel).

This entity (the HSCA), which actually DID end up concluding that
there was a high probability that a conspiracy did exist in Dealey
Plaza (via info since debunked 1,000 times over), sided with the WC
when it came to the huge question of: WHO KILLED PRESIDENT KENNEDY?

The undeniable answer to that question, based on the sum total of
evidence in the case--via both the WC and the conspiracy-seeking HSCA--
was: Lee Harvey Oswald.

Doesn't that fact strike a conspiracy-happy kook like Mr. Dean Jackson
as just a tad bit odd...IF Oswald had REALLY been the proverbial
"Patsy For All Nov. 22 Murders" like many CTers actually believe?

If the HSCA, which was certainly on a hunt for a "plot" (ANY plot!) in
1977 and 1978, couldn't come up with something to take Saint Oswald
off the double-murdering hook --- then what in the world makes
INDEPENDENT, INDIVIDUAL RESEARCHERS think they can exonerate Mr.
Oswald, for Pete sake?

Now please don't disappoint me now, Jackson. It's your turn up to the
plate remember. Hopefully, Jackson The Kook will treat us to some of
his special brand of "CTer Cow Manure"....such as, perhaps, gushing
forth a theory about how the ENTIRE House Select Committee on
Assassinations was filled with nothing but a pack of underhanded and
rotten liars. Or maybe a theory about how the HSCA was just plain
stupid to have not seen the obviousness of Lee Harvey Oswald's "Patsy"
status as of 1977-1978. 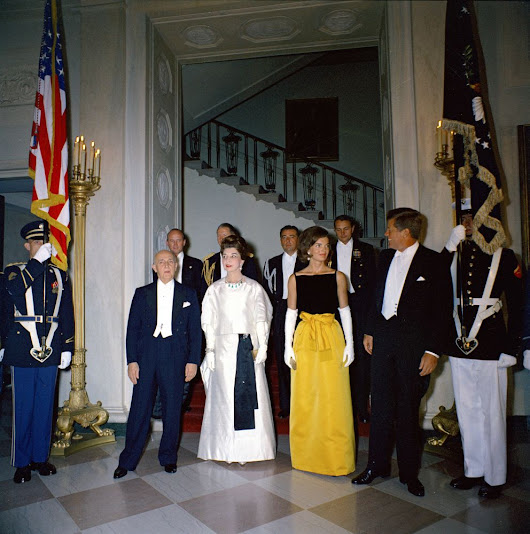