[Dallas Police Homicide Captain J. Will] Fritz's notes list Oswald's movements in sentence fragments. They reflect that Oswald told Fritz he went down to the first floor to have his lunch. They then relate on another line "out with Bill Shelley in front". Based upon Fritz's report, this reflects that Oswald said he left the building through the front door and saw Bill Shelley. It is only through a merging of the two sentence fragments that one can believe otherwise.

Another hypothetical example we could use might be this one (if Oswald had confessed and Fritz was hurriedly writing down notes)....

Could someone interpret the above choppy notes as an indication that Oswald told Fritz he had fired the shots from the second floor? Could be. But the fragmentary nature of Captain Fritz' notes makes it difficult to piece them together into any kind of provable "narrative" form.

Many conspiracy theorists, however, seem to think they CAN piece together the notes into rock-solid proof that Oswald told Fritz that he (Oswald) was "out with Bill Shelley in front" at the exact time of the assassination. But I don't think those notes prove any such thing.

But even if Oswald DID say to Fritz that he was "out with Bill Shelley in front" at 12:30, we can be pretty confident that such a statement would have been just one of the many lies he told the police after his arrest.

So, IMO, the CTers are dead in the water on this topic any way you slice it. 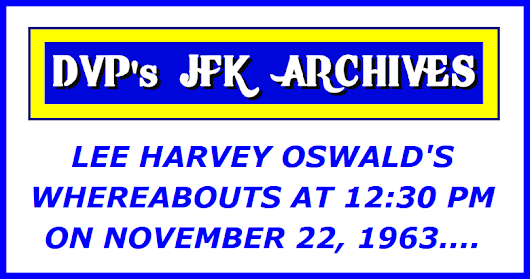 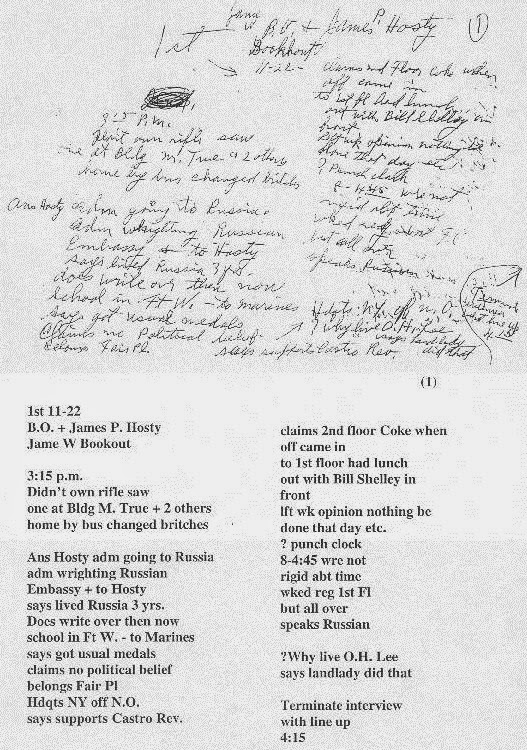 MORE OF FRITZ'
NOTES CAN BE SEEN
HERE & HERE.