THE POLICE IN ACTION:
LEE HARVEY OSWALD'S INTERROGATION COULD HAVE BEEN SIMILAR TO THIS


The following audio clips were culled from a 1955 radio show called "Night Watch". What you will hear in this audio recording is a real police investigation being conducted by actual police officers and detectives in Culver City, California, in 1955. Included is part of the interrogation of a young suspect who was arrested on suspicion of armed robbery.

When listening to these radio clips, try to imagine the armed robbery suspect being Lee Harvey Oswald, after he was arrested on a charge of killing Dallas policeman J.D. Tippit, instead of the suspect being a 16-year-old boy in Culver City, California.

Putting Oswald in this young suspect's shoes is an interesting thing to do. As I listened to this unique radio broadcast, and as the young boy in custody was being grilled by the police and was confronted by multiple eyewitnesses who saw him rob a liquor store, I was envisioning the very same type of police procedures and tactics and lineups being utilized in the case against Lee Harvey Oswald in 1963 when Oswald was questioned by the Dallas authorities regarding Tippit's murder (and President Kennedy's murder too, albeit with fewer eyewitnesses in the JFK case).

BTW, the young suspect in these clips did eventually confess to robbing the liquor store (as you'll hear in this audio recording), after steadfastly denying his guilt several times when he was being questioned by the police officers:

To listen to the complete "Night Watch" radio show from which the above excerpts were extracted, play the video below. 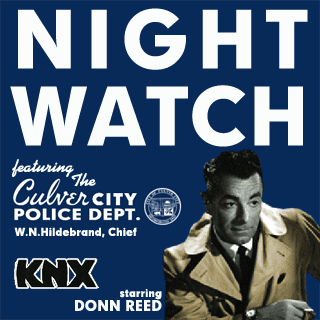