I'm a bit confused about the Z film in this video from 1964. Was it just for the Warren Commission and the government? I thought the Z film was not seen by the public until years later...correct?﻿

You bring up a very good point about the Zapruder Film that I had never thought about before today [June 12, 2017]. This Secret Service film must, indeed, have only been available to certain "Government" people for many years. Although, as I understand it, "Government" films are in the public domain from Day 1 and can be obtained and used by any ordinary American citizen. I got my copy of this SS film by just scouring the Internet and downloading it. But I have no idea when the public first had access to this film.

But since it's a "Secret Service" film, it is also a "Government" production and should have been readily available and in the public domain for anyone to see back in '64 (I would assume). Good question, though, CB. It now makes me wonder why many more regular citizens hadn't seen (and reacted to) the Z-Film being shown (in full motion) in this film well prior to the ABC-TV showing of the film in 1975.

My guess would be that since this Secret Service film wasn't shown on TV or any other place where the public would have easy access to it, it simply was never seen by the average American until the "Internet" came into existence. But now almost everything (including Government films like this one) are readily available with the click of a mouse. If this film had been produced in the Internet era, then everyone would have been able to see Mr. Zapruder's film (in motion) immediately, instead of having to wait 12 years for a bootleg copy to be shown on Geraldo Rivera's TV show.

Thanks for your good comments, CB.

A follow-up to my comments above....

Since we can see that the Zapruder Film is being displayed in full motion (and in real time) in this 1964 Secret Service film [8 minutes in], such an occurrence (within a U.S. Government filmed production) would certainly tend to debunk the notion that many conspiracy theorists continue to endorse to this day—i.e., the notion that Abraham Zapruder's motion picture film of JFK's assassination was being deliberately suppressed or hidden from the general public until 1975 (or at least until 1969, when the Zapruder Film was shown in open court at the Clay Shaw trial in New Orleans).*

Although I am not positive, I would assume that this Secret Service reconstruction film was available to the public shortly after it was completed sometime in late 1964. It possibly was made available at certain libraries, schools, and universities around the country. And if that was the case, then the conspiracists who think the U.S. Government was attempting to hide the Zapruder Film from public view for many years are just simply dead wrong. Because this Secret Service film, although probably not seen by very many people prior to the age of the Internet, would have still been out there and available to view by anyone who had an interest in doing so many years prior to 1975 (or 1969).

* With New Orleans District Attorney Jim Garrison being one of the conspiracy theorists who has over the years suggested that the Zapruder Film was being deliberately kept under wraps and out of the view of the general public by sinister forces, as we can see when author Vincent Bugliosi quotes Garrison in his book "Reclaiming History":

“The Zapruder film, of course, was originally touted by the vast majority of conspiracy theorists as incontrovertible proof of the conspiracy that killed the president (Connally reacting later than Kennedy, head snap to rear, etc.). As prosecutor Jim Garrison argued in his final summation in the Clay Shaw murder trial in 1969, the head snap to the rear on the film proves the fatal head shot "came from the front." Though the Warren Commission's investigation of Kennedy's death, he said, was "the greatest fraud in the history of our country," how wonderful, he told the jurors, that they had seen the "one eyewitness which was indifferent to power—the Zapruder film. The lens of the camera tells what happened . . . and that is one of the reasons two hundred million Americans have not seen the Zapruder film."” -- Page 504 of "Reclaiming History: The Assassination Of President John F. Kennedy" by Vincent T. Bugliosi (2007)

Doesn't mean they are public domain.

If it's a UNITED STATES GOVERNMENT film, then, yes, it's definitely in the public domain. (Click Here for more info.)

And, of course, the U.S. Secret Service IS a "Government" entity.

You want to try to seriously claim that the Zapruder film wasn't suppressed by the government?

Yes, I certainly do want to claim that.

For Pete sake, the Warren Commission even published 160 still frames from the Zapruder Film in Volume 18 of its hearings and exhibits (see Commission Exhibit No. 885).

Some "suppression" there, huh?

I just now looked at the date that is attached to my raw file for my digital copy of the 1964 Secret Service film, and it shows that I downloaded that video file to my computer on June 27, 2011. So it's been on my system for 6 years now, and yet (prior to yesterday) I never once slapped myself on my forehead and said, "Gee, the Zapruder Film is actually being shown in real time within this Secret Service film! And this SS film was produced way back in '64! That seems strange!"

Also -- I labelled the film with a "1964" date on my websites (and at YouTube) mainly due to the "post-Warren Commission" information that is being revealed in the film by narrator Jim Underwood of KRLD. But I now see, after probing into this matter a little bit more today, that my "1964" caption for the SS film is, indeed, entirely accurate. I confirmed that fact by way of information posted on the "Zapruder Film Timeline" page at the Sixth Floor Museum's website....

The above information doesn't say exactly WHO had access to the '64 SS film, but further down in that "Z-Film Timeline" it does state that when the Zapruder Film was shown in a New Orleans courtroom at the Clay Shaw trial on February 13, 1969, it marked the "film's first public showing".

An intriguing word is used, IMO, in the Sixth Floor's Z-Film Timeline concerning the description of the '64 SS film when it is referred to as an "educational" film. That is, btw, exactly the same word—"Educational"—that has been floating around in my head for the last two days as well, which prompted me to write this in my post yesterday --- "It possibly was made available at certain libraries, schools, and universities around the country."

So, if the Secret Service film was produced as an "Educational film", then WHO was it intending to educate? Just people inside the U.S. Government? Or the American people in general? My guess would be the latter. ~shrug~

BTW, the date of "March 1964" shown on that "Timeline" page at the Sixth Floor website has to be incorrect. There's no way the film was made that early in the Warren Commission's investigation, because the SS film contains details and images from the Commission's May 24, 1964, re-enactment in Dealey Plaza. So it must have been produced after at least May of '64, and probably was made after the Warren Commission closed up shop completely in September of '64.

EDIT --- Just a few minutes after I wrote the paragraph above, I dug up an older version of the Sixth Floor's Z-Film Timeline (which I saved about a year ago via Archive.org's handy "Wayback Machine"), and this older version confirms what I said above---that the SS film was not produced until AFTER the Warren Report was released in late 1964 (click the image below to see the older "Timeline" with this different—and more accurate—description of the Secret Service film)....

Well, this question that I asked just a little while ago....

"So, if the Secret Service film was produced as an "Educational film", then WHO was it intending to educate?"

....is a question that perhaps can be answered by simply watching the first minute of the '64 SS film, where these words appear on the screen: "For the United States Secret Service" (screen capture below).... 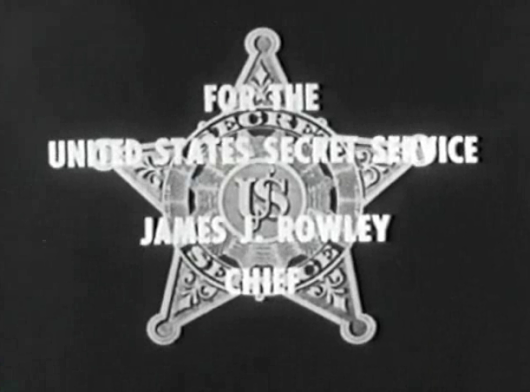 Now, perhaps the words "For the Secret Service" could also be interpreted as "On behalf of the Secret Service", as someone suggested to me in an e-mail yesterday, rather than meaning the film is being made exclusively "For" the SS. I guess that could be possible. I just do not know, but I'm still wondering if perhaps the SS film was available to ordinary citizens who weren't part of the Secret Service. Obviously, it is available to everybody now. But the question is, was it commonly available to the public back in 1964 or 1965, via possibly a FOIA request? Or was it shown in classrooms around the country as an "Educational film"? I have no idea. But it's interesting to ponder the possibilities. 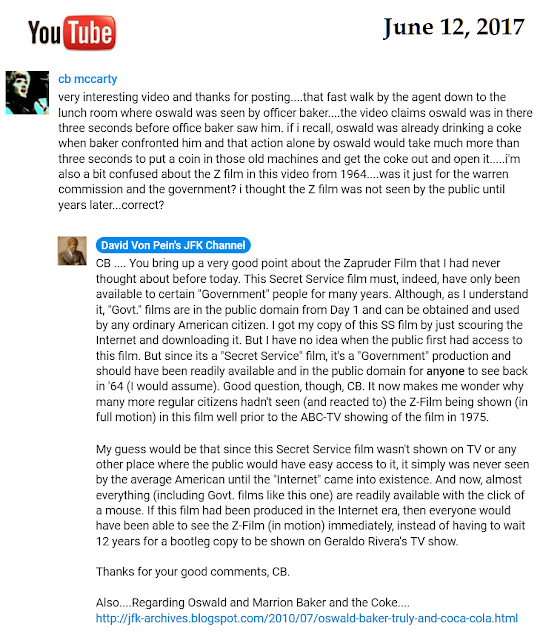 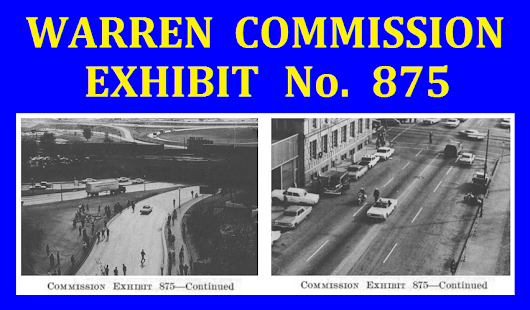