As (unintentionally) hilarious as the programs on "Black Op Radio" usually are, occasionally there is a guest on there who speaks some actual sense (and real evidence) regarding the John F. Kennedy assassination, with documentary filmmaker Robert Stone, who helmed the 2007 PBS movie "Oswald's Ghost", being one such very good guest who (for some reason) actually wanted to appear on the conspiracy-oriented Internet radio program known as "Black Op Radio" in early 2008.

Mr. Stone says many common-sense-based things that are worth hearing in his 62-minute interview with Len Osanic on the "Black Op" program.

Mr. Osanic, of course, exhibits his usual bumbling, stumbling, herky-jerky know-nothing style while interviewing Mr. Stone. Osanic can talk for three solid minutes (or more) and end up saying absolutely nothing at all. (Which is quite a remarkable feat for the host of a radio show who has to talk for extended periods of time.)

The classic irony/idiocy within the Stone interview is when Mr. Stone asks Mr. Osanic: "Is there a single piece of physical evidence that contradicts the notion that Oswald did it?"

And Osanic's reply was: "Commission Exhibit 399".

So, per Mr. Osanic, a bullet which leads STRAIGHT INTO LEE HARVEY OSWALD'S VERY OWN RIFLE is supposedly a piece of evidence that contradicts the idea that Oswald shot President Kennedy in Dallas.

[Osanic, of course, mentioned CE399 because he wants to pretend that that bullet was a manufactured piece of evidence, designed to frame Lee Oswald. But that theory is a nutty one for various reasons, as explained here.]

I'll also add here that Robert Stone should have been even MORE forceful and definitive when talking about the origins of Bullet CE399. Stone kept saying that 399 was a bullet that came from "a Mannlicher-Carcano" rifle.

And, yes, that's true -- but why on Earth Mr. Stone didn't go the extra "LHO IS GUILTY" step in this regard is beyond me. For, he should have reminded Mr. Osanic that it wasn't just any old "Mannlicher-Carcano" rifle that was linked to bullet CE399, but, indeed, it was LEE HARVEY OSWALD'S very own Carcano rifle (with the Serial Number C2766 stamped into it) that fired Warren Commission Exhibit No. 399—beyond all doubt. 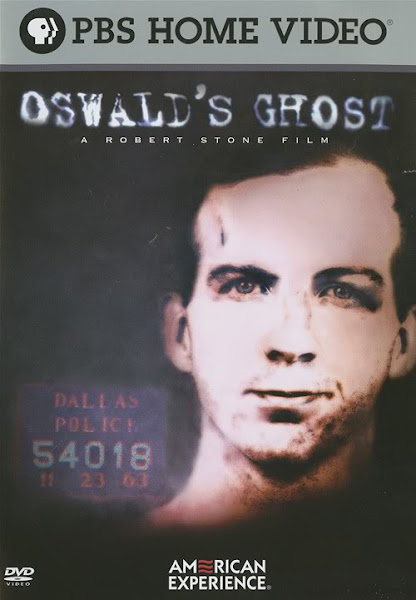