IN THE "AFTER HOURS (OFF TOPIC)" LOUNGE AT HOME THEATER FORUM, DAVID VON PEIN SAID: 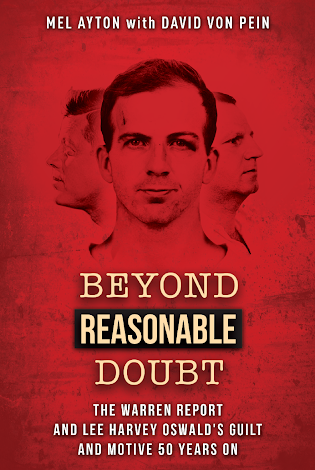 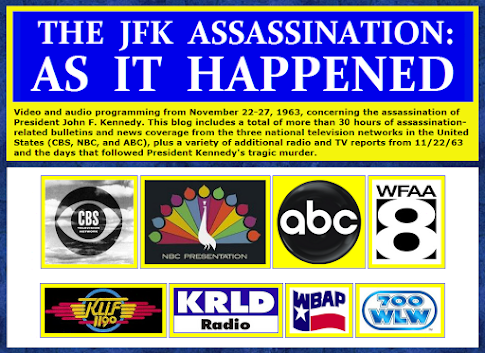 Thanks for sharing -- the loony conspiracy theorists trashing you on Amazon made my day....

"THERE'S NO EVIDENCE LINKING OSWALD TO THE JFK ASSASSINATION!!!"

How long have you been working on this project, David?

As far as online discussions about JFK's death, it's been an ongoing thing for me since 2003.

As for the video/audio archive, I got into that area fairly heavily when I created my first YouTube channel in 2008.

OK, a couple of things. First, congratulations David on launching this. We're happy to see fellow HTF members get an ambitious project like this off the ground.

Second, this thread is moderator / owner approved. Despite being on the cusp of both P&R and self promotion, it's fair game because it's a real product with (we sincerely hope!) behind the scenes info from its creator, just as we have welcomed similar self promotion in the past.

Third, we WILL nuke any crackpot posts that pop up. Flag 'em if they follow here from Amazon, they won't last long.

Finally, we do hope you'll post more than the linkage you started with above, David. We'd all like to know anything more you care to share about the project.

I took a quick peek at the Amazon reviews [for the book "Beyond Reasonable Doubt"], and surprise, there is no middle ground. The book is receiving praise and hate. That seems to be a consistent theme with the CT's. You're with me or you are stupid and very wrong. After all these years, heavy sigh.

Yes, but that's something I totally expected when the book came out in late 2014. In the "JFK" world, for the most part, there's not much middle ground, especially among people who post on the Internet. There aren't very many "fence sitters" on this topic (at least in my experience).

I used to be a JFK conspiracy theorist. I remember eating up the documentary "The Men Who Killed Kennedy". However, most of the theories I once believed have been convincingly debunked to my satisfaction to the point that I have swung over to the "Oswald did it" side of things. However, I think a conversion like mine is rare among JFK CT fans. I don't think there is a conspiracy theory about anything that I take seriously anymore.

Actually, David, there are many people who have made the conversion from "CTer" to "LNer". I'm not one of them (as I was never really in the "conspiracy" camp), but there are several prominent authors and Internet LNers who were previously conspiracy theorists --- Dave Reitzes and Dale Myers to name just two.

I'm sorry, but I'm not sure what "LNer" means? I can figure that "CT" must be "conspiracy theory".

Sorry. I should have expanded that term. LNer = Lone Nutter. I.E., somebody who thinks Lee Harvey Oswald was a "Lone Nut" assassin and was not part of any conspiracy when he shot JFK in Dallas in 1963.

Any thoughts on Legacy of Secrecy, David, the book or film project or both, and specifically any thoughts on the Carlos Marcello theories/story?

I'm not nearly as schooled on all the "Mob Did It" theories as some other people are, but I do know that there is no hard evidence whatsoever that Carlos Marcello was connected in any way to Lee Harvey Oswald or that Marcello had JFK killed.

Here are a few excerpts from a book ("Reclaiming History") written by my favorite lawyer and "JFK expert", the late Vincent Bugliosi, dealing with the subject of Marcello:

“Remarkably, even sensible, intelligent people, such as HSCA chief counsel Robert Blakey, who personally believes Marcello was behind Kennedy's assassination, unthinkingly invoke the buffs' A-B-C reasoning to support their position [i.e., if A knows B and B knows C, then A is meaningfully connected to C, which of course is a non sequitur].

On Frontline's 1993 show "Who Was Lee Harvey Oswald?" Blakey said, "When you find David Ferrie, who is an investigator for Carlos Marcello, being a boyhood friend to Lee Harvey Oswald, and with him that summer, and with Carlos Marcello at that very point in time, you have an immediate connection between a man [Marcello] who had the motive, opportunity, and means to kill Kennedy and the man [Oswald] who killed Kennedy."

Although common sense alone should tell conspiracy theorists that knowing someone or even being friendly with him is no evidence of a connection to his criminal activity, that you have to show the two were involved with each other in the same enterprise, there is another fascinating phenomenon that the conspiracy theorists must be aware of but seem determined not to acknowledge. I'm referring to the curious but undeniable reality that virtually any two people chosen at random can be connected to each other by the interposition of a very small number of mutual friends or acquaintances.

For instance, although most readers of this book don't know and haven't ever met President Bush, they might very well know someone who knows him, or know someone who knows someone who knows him. Hence, most of us are only two, three, or four intermediaries removed from the president of the United States. This reality is the reason why most of us, at one time or another meet someone new in a distant city or country and discover we have mutual friends or acquaintances. And what do we all say at these moments? "It's a small world."

* To dilute the connection even further, Ferrie was not an investigator for Carlos Marcello. He was an investigator for lawyer G. Wray Gill, and Gill had Ferrie work on an immigration lawsuit against Marcello in which Gill was representing Marcello. Also, there is no credible evidence that Ferrie was ever a boyhood friend of Oswald's or was with Oswald in the summer of 1963. But even if these assertions were true, so what? They certainly don't add up to a conspiracy to commit murder.” -- Vincent T. Bugliosi; Pages 980-982 of "Reclaiming History: The Assassination Of President John F. Kennedy" (2007)

The above footnote written by Mr. Bugliosi is similar to something I said in one of my posts on the Internet in 2009:

“Even if we were to make the assumption (just for the sake of this particular discussion, although I'm not conceding this to be a true fact at all) that Lee Oswald WAS acquainted with the various "New Orleans" characters that Jim DiEugenio thinks LHO was acquainted with in the summer of 1963 (e.g., Clay Shaw, David Ferrie, and Guy Banister).....that would still be a million miles away from proving that ANY of those New Orleans characters had ANY INVOLVEMENT, IN ANY WAY, WITH THE ASSASSINATION OF PRESIDENT KENNEDY IN DALLAS ON NOVEMBER 22, 1963.

And the reason the above paragraph is the truth is because (once Perry Russo's lie is tossed aside, as it must be) there isn't a shred of evidence that CONNECTS any of those New Orleans individuals to the planning and/or carrying out of the murder of John F. Kennedy in Dallas, Texas. No evidence whatsoever.

Everything Lee Harvey Oswald did on 11/21/63 and 11/22/63 indicates that he was a LONE ASSASSIN in Dallas. And that fact would still be true even IF Oswald had been pals with ALL of the three previously-named New Orleans-based people (Shaw, Ferrie, and Banister).

In other words -- Where is Jim DiEugenio's (or anyone's) BRIDGE and/or UMBILICAL CORD that allows conspiracy theorists to make the grand leap from this:

SHAW, FERRIE, AND BANISTER WERE CO-CONSPIRATORS IN THE ASSASSINATION OF PRESIDENT KENNEDY?

Given the physical and circumstantial evidence that exists of ONLY OSWALD'S GUILT in the assassination of JFK, such a monumental leap of faith like the one suggested above is, to put it bluntly, monumentally ridiculous.” -- David Von Pein; July 31, 2009