David Von Pein has a channel on YouTube, in which you can find just about everything available on JFK.

[Below] is the original CBS coverage, the first bulletins of Kennedy’s assassination breaking into normal programming. The temptation is to skip the normal programming and locate the bulletins. But if you don’t do that, if you settle in and watch TV as it happened 46 years ago, you discover something fascinating.

A new era intrudes, and the old era — in the form of a soap opera and dog food commercials — keep trying to ignore it. But the new era keeps coming back, intruding on the moment. Just as you’re tempted to think everything is all right, another bulletin comes on to remind you that the world that you’ve been watching — that soap opera recorded weeks ago, that commercial — has ceased to exist.

I’ve been working my way through David Von Pein’s collection of Kennedy tapes on YouTube. This one [below] shows the hall in Fort Worth, prior to JFK’s speech on the morning of November 22, 1963. If you want to hear something eerie, go about [16] minutes in and listen to the news announcer vamping about presidential security — and then riffing on McKinley’s assassination. This is less than three hours before Kennedy was assassinated.

I had never really thought of Stone's film as a "horror" movie, but come to think of it.... ;) 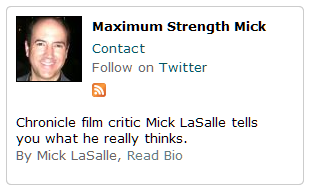 My name is David Von Pein. I just wanted to drop you a note to say thanks for the two times that you've included my JFK-related YouTube videos on your blog since late September 2009. And another "thanks" for mentioning me and my YouTube channel on your latest podcast (on November 20, 2009).

And the fact that you pronounced my last name correctly deserves a special "thank you" as well. (Hardly anybody ever pronounces it right without prompting.) ;)

During your 11/20/09 podcast, you mentioned that you couldn't understand why the right-frontal portion of President Kennedy's head would have been blasted out by a shot that came from Lee Harvey Oswald's sniper's perch in the Texas School Book Depository Building....

Well, I think the main reason for that is due to the angle of JFK's head at the moment Oswald's bullet struck the President's head. Mr. Kennedy was leaning significantly forward and to his left when he was shot in the head, and the bullet struck very high up on his head as well.

Plus, a bullet can also change its trajectory after striking a very hard object (like a person's skull). And Oswald's bullet likely did change direction slightly after hitting the back of JFK's cranium, resulting in the exit wound being located where it was located (at the right-front of the head).

But even without a clear-cut answer as to why the large exit wound was located at the right-front part of JFK's head, there is irrefutable scientific evidence which proves that the "horror movie" filmmaker Oliver Stone and all other Kennedy conspiracy theorists are full of crap regarding this issue....and that irrefutable evidence is JFK's official autopsy report, which indicates that only one bullet struck the President in the head, with that bullet positively entering the REAR of his head.

Plus, there is this autopsy photograph [below], which highlights the one and only entry wound in Mr. Kennedy's head (which is the red spot in the REAR of his head):

Thanks again. I've been enjoying your recent podcasts. (And I really like Sandra Bullock too.) :)

Forty-six years ago today, I saw my grandmother crying. She told me the president (the "presidente") had been killed, so I ran up the stairs to tell my mother. The stairs, as I remember them, were three feet high. And when I told my mother, who was putting on her make-up, she was about 12 feet tall. I had no idea she'd react like that: "What?! What?! Who said that?!"

Watching TV, I heard the president had been shot "from a building" and I spent the rest of the day dreading they'd show Kennedy falling off a building. I misunderstood.

Two days later, Oswald was killed, and my father said that we might never know what happened.

In any case, check out the [Oliver] Stone movie, much maligned, but terrific. And for all things Kennedy, check out David Von Pein's YouTube channel, which is pretty amazing. 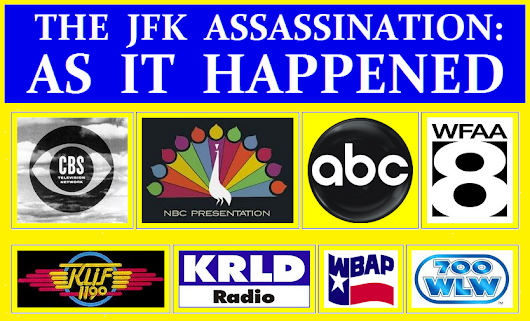