This is a very sad day for me. My favorite author and attorney, Vincent Bugliosi, has passed away. He died in a Los Angeles hospital on Saturday, June 6, 2015. Vince was 80 years old.

I met Vince once at the North Hollywood Library. We chatted it up for a few minutes and he told me he was gonna check out my video series and get back to me. He blew me off, of course, but for a second there I thought communication was possible. Rest in peace.

P.S. I suspect he'd appreciate the irony of his dying on the anniversary of RFK's death, seeing as it was the one assassination he found suspicious. His obituary said he died at a Los Angeles Hospital. I wonder if it was Good Sam.

"I knew Vince quite well having assisted him on his 2007 book, "Reclaiming History: The Assassination of President John F. Kennedy." He was cantankerous, volatile, and brilliant. His comprehensive book on the Kennedy case, despite the occasional and inevitable flaws, is easily the best single volume on the assassination saga ever written. His unwavering support of my own work over the years was much appreciated. For that, I remain truly grateful." -- Dale K. Myers; June 9, 2015

I, like Dale, will always be grateful to Vince Bugliosi. I never met Vince in person, but through a few letters and e-mails (forwarded to him by his great secretary, Rosemary, because, as you all probably know, Vince didn't use a computer at all and never had an e-mail address of his own), I have thought of Vince as a personal friend during the last eight years. I will miss him.

I was shocked first thing yesterday morning when I opened my Gmail account, I saw an email header from Dale Myers that read: "Vincent Bugliosi Dead at 80". It hit me like a ton of bricks.

I have so much respect for Vince not only for his work on the Kennedy assassination, but even more for putting Charles Manson and his followers behind bars for the rest of their lives where they belong. Vince was tough as nails, and he made the world a safer place at that time.

I kept every one of his messages that he left on my answering machine when he and I were working on the piece I wrote for his Acoustics chapter in Reclaiming History, and I put them in mp3 form, and I'm glad that I did. I have a handwritten letter from him thanking me for my help, which I have proudly framed and hanging above my desk.

Steve, I can very much identify with the things you just said in your message above. I, too, received a nice handwritten message from Vince Bugliosi in 2007. It was in the form of an inscription inside the front cover of a free copy of "Reclaiming History" that Vince was so kind to send to me. (I have two "VB"-inscribed copies of "RH", in fact. The first was sent to me by Mr. Doug Potvin in May 2007, after Vince appeared at the Brattle Theatre in Cambridge, Massachusetts, during his book tour.)

The inscribed copies of "Reclaiming History" are things I shall always treasure.

My thoughts go to his family and many friends at this sad time.

Vince's enduring legacy will be 'Reclaiming History'. It truly is a masterwork. Only a keen legal mind such as his could have produced such a monumental book.

His passion for truth and justice permeates every page; his disdain for charlatans and liars is equally obvious.

Vince set—and expected—the highest standards of research and writing from all those who would seek to tackle the JFK case. He is gone but 'Reclaiming History' remains.

He will long be remembered.

I mentioned Doug Potvin earlier. Here is a great picture of Vince that Doug sent me in 2007. It was taken during that Cambridge appearance (which is, unfortunately, one of the few public appearances made by Mr. Bugliosi during his 2007 "RH" book tour that I do not have archived on my websites; but I've got a bunch of others; see the links at the bottom of this post).

I've used this picture of Vince in some of my logos that I've created for my audio/video webpages on my sites. I think it's one of the best pictures I've ever seen of Vince (either early or late in his life). He's 72 here: 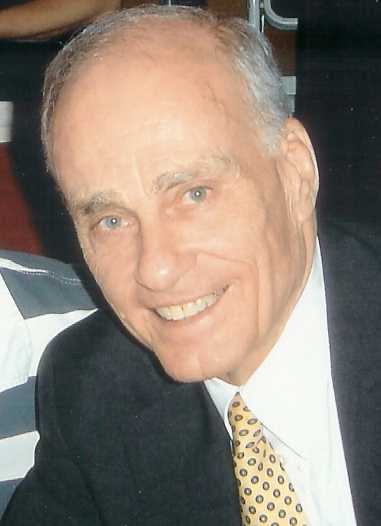 And here's the "full" version of the above picture, with Doug Potvin in the photo too (holding the "Bible" in his hand): 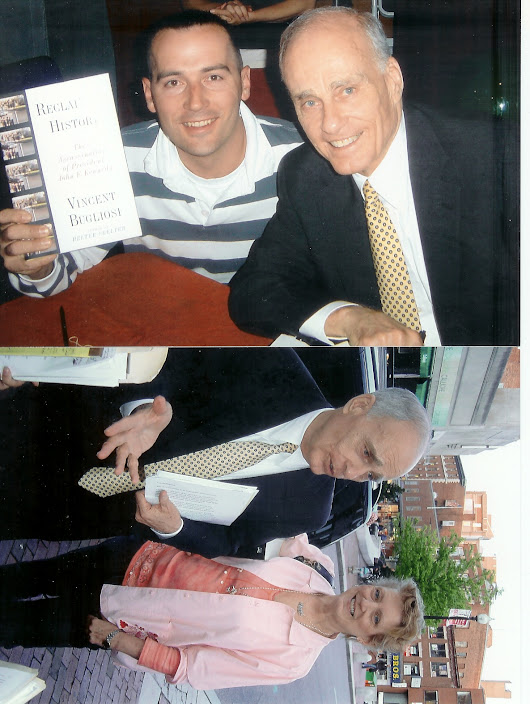 I just finished watching David's KOCE Bugliosi interview. I think that was one of his best.

Yes, Steve, I like the KOCE interview too. And here's a version [below] of Vincent's "In Depth" C-Span interview that I edited down to 75 minutes (from 3 hours). [The whole 3-hour interview can be seen HERE.]

The "Amazon won't take my check" excerpt is a favorite moment of mine from the C-Span interview. The "old school" in Vince comes out a lot in this interview. I love it just for that reason alone, because I think I am the same as Vince in a lot of ways—kind of "out of sync" with the rest of this crazy world in a way. Maybe that's one of the reasons I liked Vince so much. And, just like Vince, I have never owned a cell phone. :-)

While I strongly disagreed with many of Vince's views on religion (Christianity in particular) and some of his politics (in many areas he was pretty far left), he was man of great talent, intellect, and conviction. He was also one of the best writers and speakers around. The LN community will forever be in debt for his contributions in defending and presenting the case for LHO acting alone as the true version of history. His book Reclaiming History, while probably too long for the average reader's patience, was a classic and will remain the LN "go to"
book on just about every aspect of this case.

You mentioned in a Facebook post that you have your taped telephone messages from Vince saved on MP3 files, which I would just love to hear. If you wanted me to do it, I could even make them available for people to hear at my websites. But I totally understand if you prefer to keep those memories just to yourself.

It is my pleasure to share these messages with you! I was thinking I had more of them, but this is what I found on my CDs. You can tell he is really worn out by the sound of his voice on one particular call.

I will leave it up to you to decide whether or not these are fitting for your blog. He was ALWAYS in such a rush, and I don't know how he did it, but you are welcome to use them however you wish.

Take care and thanks so much for your interest in these!

Thank you, Steve, for providing these very interesting Vince Bugliosi telephone messages. These messages were recorded on Steve Barber's telephone answering machine in 2006 and 2007.

I love rare things like this. These phone excerpts are just great, particularly when Vince wants to make absolutely sure exactly what words Steve Barber heard when Steve played that paper record that came out of "Gallery" magazine back in 1979. 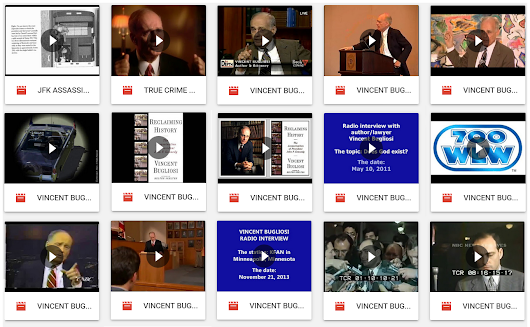