When thinking recently about the various affidavits that were filled out by JFK assassination witnesses, it dawned on me how important many of those early FIRST-DAY affidavits truly are. They are very helpful tools, especially in dismantling some conspiracy theories.

Take Howard Brennan's 11/22/63 affidavit as a good example. The notion put forth by many conspiracy believers is that Brennan did not see Oswald in the window and that he really didn't see much of ANYTHING important at all. Jim DiEugenio even went so far as to make this ridiculous comment five years ago --- "I think Brennan is a completely created witness." -- J. DiEugenio; 5/27/2010

But when we look at Brennan's affidavit, filled out within just a few hours of the shooting (maybe even less than that), we find all kinds of things that indicate Brennan saw a lot of stuff in that window. And he gave a description of the gunman ON DAY ONE, in this very affidavit seen below, that most certainly does NOT exclude Lee Harvey Oswald:

Another valuable "Day 1" (November 22, 1963) affidavit is the one prepared by Buell Wesley Frazier, a witness a lot of conspiracy theorists like to call a liar nowadays. But what do we find in Frazier's original affidavit, written within hours of the assassination? We find several things that conspiracists are now convinced were all just MADE UP from whole cloth by Frazier, such as the "curtain rod" story and Oswald carrying a package INTO the Texas School Book Depository Building on the morning of November 22nd.

So if Buell Frazier was fabricating those stories, he sure did it in a big hurry.

I've got a page on my website [linked below] devoted exclusively to the original affidavits prepared by various witnesses. Also take note of Lee Bowers' 11/22/63 affidavit. He's the witness that conspiracy theorists such as Mark Lane love so much. But in Bowers' affidavit, you'll see that he is much more concerned with those three cars that circled the parking lot than he is about seeing any "commotion" or unusual activity near the stockade fence atop the Grassy Knoll.

I've presented these affidavits in the largest and clearest format I could find..... 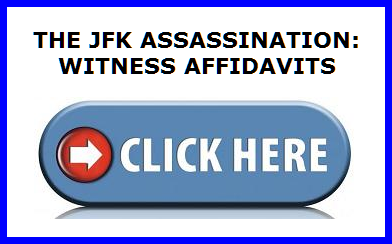 Yeah, Brock. And evidently, per the conspiracy believers, even Oswald's friends and family members were framing him -- e.g., Buell Frazier and George DeMohrenschildt. And even his own wife, Marina, was apparently aiding in the frame-up too (what with all the lies the CTers claim she told to make LHO look guilty).

The CTers, though, will just say: Well, Dave, it wasn't so much those people WANTING to frame poor Lee. They were FORCED to do it by the corrupt Dallas Police and the FBI.

In other words, I guess the CTers must think that none of the witnesses had any will of their own and hence they had no chance at fighting back against the evil DPD and FBI. Whatever the cops wanted out of a witness--they immediately received. To quote a conspiracy clown---

"Shaky eyewitness Howard Brennan couldn't be relied upon to put Oswald on the sixth floor. .... Therefore, they needed Frazier and his 'Oswald carrying a package' story. .... I think Wesley Frazier was pressured into doing what he did, and the Dallas police forced him into doing it because they needed somebody besides Brennan to pin the thing on Oswald." -- Jim DiEugenio

Do you think Warren Reynolds being shot in the head was just another of a long series of coincidences?

Mr. Yates apparently thinks the plotters tried to knock off Warren Reynolds, even though Reynolds said nothing that would require him being bumped off by the Hit Squad, since Reynolds said the gunman he saw generally looked like Oswald.

So why would the Goon Squad feel the need to kill a person who is essentially saying it was Oswald?

This is a prime example of what a degenerate liar Mr. Von Pein is. .... Anyone can go to the record of Warren Reynold's [sic] shooting and see that he witnessed someone else shooting Tippit than Oswald and stuck to it. It wasn't until after the bullet shot into his head and its rattling effect on his memory that he then came around to it being Oswald.

Warren Reynolds didn't see the actual shooting of Tippit, you dipstick. He heard the shots and then saw the gunman (Oswald, of course) fleeing the crime scene with a gun in his hand.

"REYNOLDS was shown a photograph of LEE HARVEY OSWALD, at which time he advised he is of the opinion OSWALD is the person he had followed on the afternoon of November 22, 1963; however, he would hesitate to definitely identify OSWALD as the individual." -- 1/22/64 FBI Report

So tell me again the reason for any Goon Squad wanting to bump off Warren Reynolds?

"I thought the conspirators were trying to frame Oswald. Why would they want to harm anyone who would only be helping them in that endeavor?" -- Vincent Bugliosi; Page 535 of Endnotes in "Reclaiming History"

The evidence is all garbage because the Dallas Police, CIA, and FBI were all framing Oswald.

It was THE WORLD vs. THE PATSY in November '63. That's what it amounts to in the conspiracy-laden universe inhabited by super-clowns like Ralph Yates and Jim DiEugenio, et al.

What a joke. And it's even funnier to note that people like Yates and DiEugenio don't even realize how incredibly silly and ridiculous this type of blanket statement is:

"The Dallas Police, CIA, and FBI were all framing Oswald."

How is it humanly possible to NOT be beet-red in the face after uttering such hogwash? But, amazingly, Yates doesn't seem to be a bit embarrassed.