Because [John] McAdams censors all the messages here, we can't talk about the elephant in the room. Even if the country is in grave danger, we can't talk about it. So, I have to think up clever ways to link current events to the JFK assassination to satisfy his ever-changing rules.

Some people who pay attention to current events and care about our fellow citizens may have noticed the tragedy happening in Houston. Some here don't care. Trump wants to build a wall to keep out the Mexicans and will shut down the government to pay for it. How much will Hurricane Harvey cost?

How about instead Trump builds a wall with his own money to protect us from hurricanes? Oh, no, that might save some lives.

But what about Dallas? Will Dallas get any flooding? At least Dallas is kind enough to help all the people from Houston. But if the storm floods Dallas, how does that relate to the JFK assassination?

Well, Dealey Plaza. Will it survive? What buildings will be destroyed? TSBD? DPD jail? I've noticed that Dealey Plaza has been slowly sinking by a very tiny amount over 50 years, but will massive flooding accelerate the rate? Will the pergola shift? Will those old oak trees survive? Will someone's bone be flushed out from the storm drains?

On the other hand, maybe flooding will churn up evidence that has been hidden for 53 years. Future archeologists will have new techniques that can detect metal buried a few feet in the ground. They may find the bullet from the shot that WC defenders claim missed. Or maybe when repairing damaged roofs they might uncover an empty rifle cartridge. 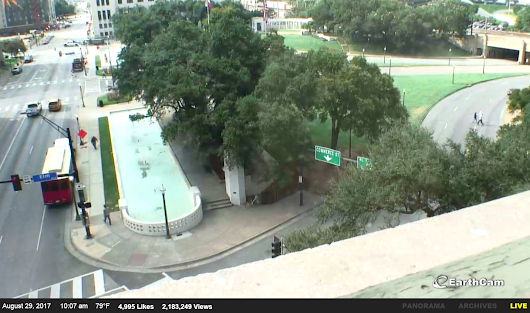 I guess the buried bones of assassin Mac Wallace won't be getting flushed out of the Dealey Plaza storm drains this August after all, eh Tony?

Let's now reflect back on a "bad weather" event that really did hit Dallas' Dealey Plaza in February 2010.... 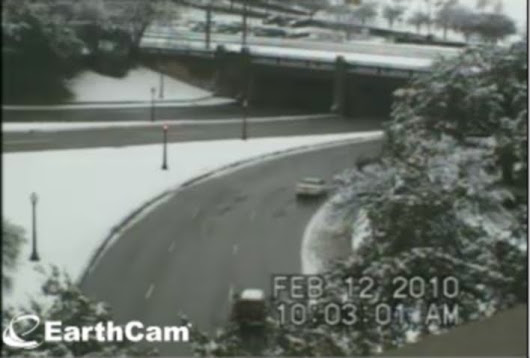