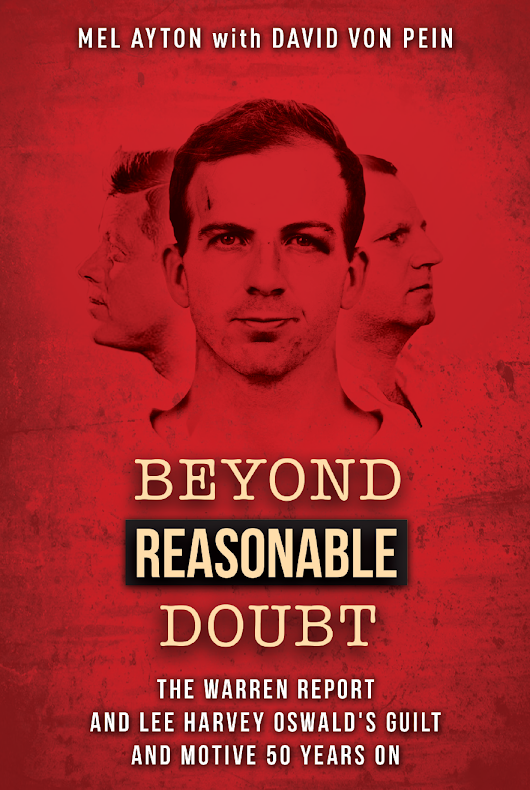 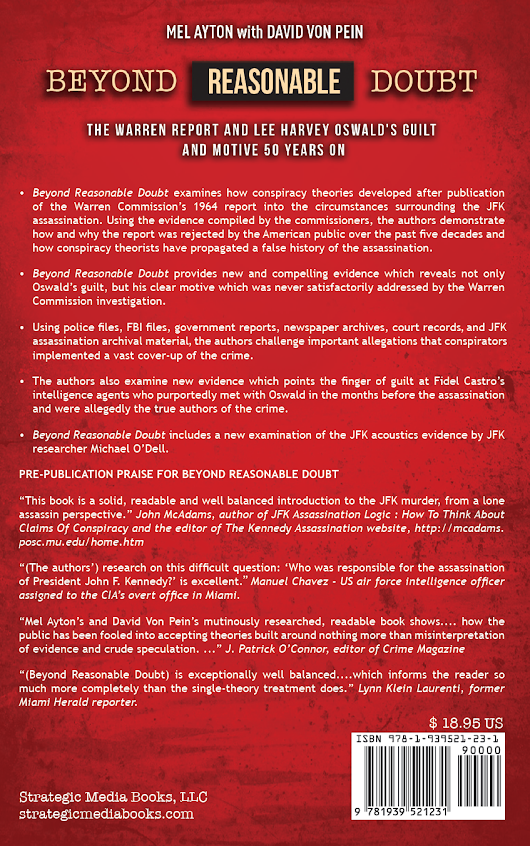 EXCERPT FROM
"Beyond Reasonable Doubt:
The Warren Report And
Lee Harvey Oswald's Guilt
And Motive 50 Years On":

The assassination of President John F. Kennedy on November 22, 1963, is one of the most studied and most controversial events in the history of the world. It was a pivotal and life–changing event for many people around the globe.

Ever since the President was killed on the streets of Dallas, Texas, rumors of conspiracy, cover–up, witness coercion, altered evidence, hidden assassins, corrupt and dishonest governmental and police officials, and a host of other rumors and speculation about President Kennedy's murder have flourished and grown to monumental proportions.

Regardless of how much evidence is presented which indicates Lee Harvey Oswald's guilt in the two murders he was charged with committing in Dallas on November 22, 1963, the members of the Anybody But Oswald club will find some way to disregard that evidence. They will merely claim that all of the evidence against Oswald (and there's a great deal of it, as this book will show) has been planted, faked, manipulated, or manufactured in order to frame the 24–year–old ex–Marine named Oswald for the murders of both John F. Kennedy and Dallas policeman J.D. Tippit.

As will be shown in many places throughout this book, President Kennedy's assassination has been falsely shrouded in mystery and cloaked within a web of perceived "conspiracy" for fifty years. But the contents of this book will demonstrate that Lee Harvey Oswald murdered President John Fitzgerald Kennedy and will also demonstrate that conspiracy very likely played no part in Oswald's actions on that terrible Friday in Dallas back in 1963.

CHAPTER 2 -- GOVERNMENT INVESTIGATIONS: THE WARREN COMMISSION AND THE HOUSE SELECT COMMITTEE ON ASSASSINATIONS

CHAPTER 4 -- THE SINGLE-BULLET THEORY,
THE HEAD SHOT, AND THE GRASSY KNOLL 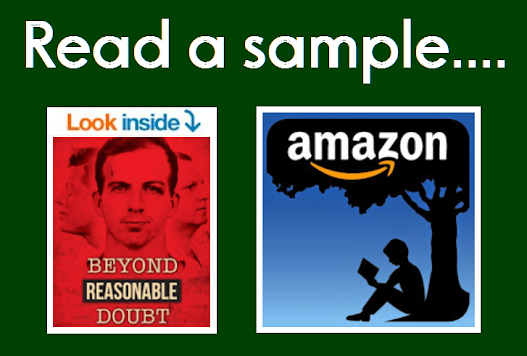 "Beyond Reasonable Doubt", published in late 2014, is partly a rewrite of Mel Ayton's previous JFK book published in 2002 ("The JFK Assassination: Dispelling The Myths").

Mel wants this revised and updated volume to be looked upon as an alternate (and more compact) "Lone Assassin" source to Vincent Bugliosi's much bigger book, "Reclaiming History".

I was somewhat disappointed that some of the things I originally submitted had to be cut out of the book, and I'm not happy at all about the fact there's no index (more about that HERE), but I'm just thrilled that someone like Mel Ayton wanted me to add my two cents to his manuscript. For that, I am deeply grateful.

There is only one factual error that I noticed in the book--and it's a very minor error that appears in a caption attached to one of the pictures in the photo section. (And, wouldn't you know it, that is the one and only section of the book that I was unable to proofread before it went to press.)

The incorrect caption concerns the photograph taken by Jack Beers in the basement of the Dallas police station as Jack Ruby was shooting Lee Harvey Oswald. The inaccurate caption says that the photo is the prize-winning picture taken by Robert Jackson. But it's really the Beers image. Hopefully, there won't be too many conspiracy theorists who want to crucify Mel Ayton or myself for this captioning mistake. :-) [Related Discussion.]

EDIT: There is one particular conspiracist who seems to want my head on a platter after he noticed a passage in the BRD book that I now wish would have been phrased in a slightly different manner. I discuss it HERE.

The blurb on the back cover of the book, where it says a "clear motive" for Oswald's actions is provided in "Beyond Reasonable Doubt", is grossly overstated. And I wish like heck that that boastful blurb could have been changed before the book was printed.

I say "overstated" because Lee Oswald's motive can only be guessed at by authors. No definitive or absolute motive has ever been established or proved to explain why Oswald shot President Kennedy. We can really only take educated guesses. So any book that claims Oswald's motive was "clear" is probably overstating the situation. So that's why I wish I had been able to change that word ("clear") to "probable" on the back cover of BRD. My apologies to any readers who find that blurb to be an exaggeration....because I agree....I think it's an exaggeration too. But, rest assured, I wasn't the person who wrote that word in that blurb that appears on the book's back cover. 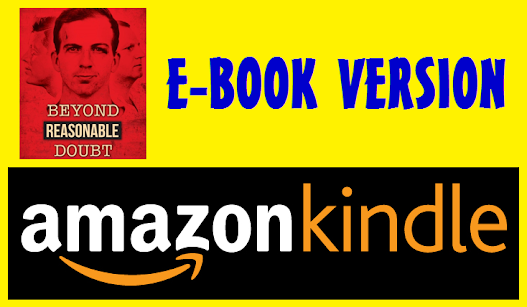 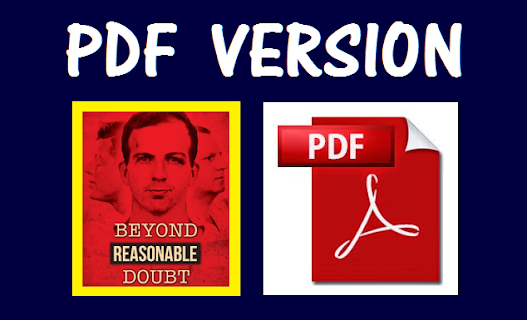 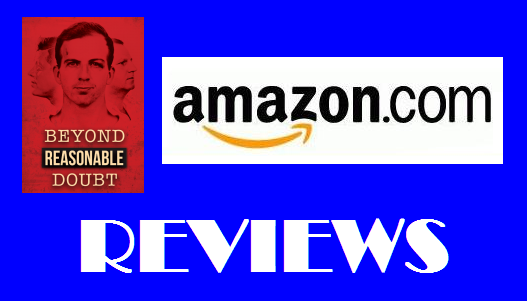 "This is a very good book and one of the best resources on the Kennedy assassination I have ever read and a nice companion to "Reclaiming History" by Vincent Bugliosi and "Case Closed" by Gerald Posner. The manner in which Mr. Ayton and Mr. Von Pein present the information is very effective. .... A very useful book, very comprehensive, easy to read and well written. So, anyone interested in the Kennedy case must have a copy of this book."

For readers who are looking for a no-nonsense introduction to a case that has been mangled and misrepresented by legions of cynics and paranoiacs for half-a-century, 'Beyond Reasonable Doubt' is an ideal starting point.

The bulk of the book is given over to re-examining issues that have long been resolved. Unfortunately these issues can't be put to rest because the amateur researchers seem to feel that they are better qualified than the professionals to conduct investigations and reach conclusions. The 'Miss Marple' brigade will be with us for a long time yet, it seems. Hence the need for books like 'Beyond Reasonable Doubt'.

Do I like or love this book? I love it! Readers who are grounded in provable facts and common sense will love it too."

Having David Von Pein's name attached to this book, and his contribution to BRD, is only a plus. Mr. Von Pein is one of the most knowledgeable, respected researchers/archivists around and has amassed an enormous archive of JFK-related material and blogs that is unmatched on the internet.

The contribution Michael O'Dell provides concerning his attempt to recreate the Weiss & Aschkenasy acoustic study results for the HSCA is, in my opinion, nothing short of stunning, and should be regarded as the historical standard of truth about the W&A/HSCA final conclusions of a so-called "possible conspiracy".

'Beyond Reasonable Doubt' lives up to its title for 'reasonable' people who wish to learn about the assassination, and learn why many theories put forth by conspiracy theorists hopelessly fall flat under close scrutiny."


---------------------------------------------------
"These gents, especially Mr. Von Pein, who I had the pleasure of debating for 24 hours [HERE], are very sincere in their contention that Lee Harvey Oswald was the lone assassin of President Kennedy and the murderer of Officer Tippit. Whatever your own feelings, you can be sure that the authors have done their due diligence and are "calling it as they see it". An all around compelling read that belongs on the shelf of all assassination researchers. No matter what your personal feelings are regarding the big event - this book will be a worthwhile addition to your library."

INTERNET DISCUSSIONS
ABOUT THE BOOK: 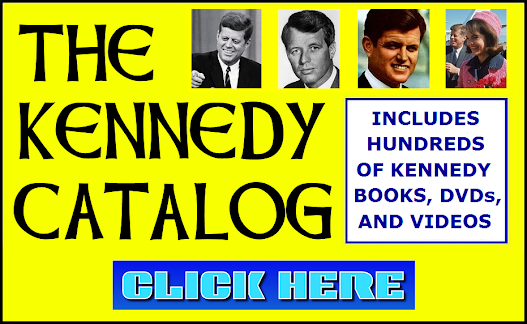 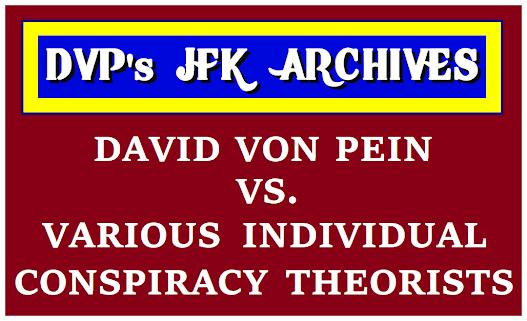 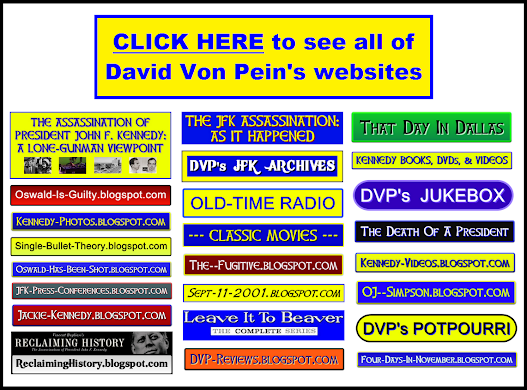