My name is Bobby Nelson and I host Strange Frequencies Radio along with Jason Korbus.

I am writing you in hopes you will be our guest this Sunday, November 17th, for about 40 minutes from 4-4:40 pm est. We would love to discuss the assassination of President Kennedy and how we know there is no conspiracy.

I hope this time works out for you. Have a great day, thank you for your time.

Thanks very much for the invitation, but my schedule forces me to decline your kind offer for a radio interview. I'm not nearly important enough to be interviewed on your show anyway, but I have two excellent suggestions for a substitute. Each of these men has encyclopedic knowledge of the JFK murder case:

Bobby ended up getting Mr. Posner to appear on his radio program (below). And I'm glad that Gerald did this interview instead of me, because this is one of the best "JFK Assassination" interviews I have ever heard. Posner uses humor, good communication skills, solid evidence, and (just as important) common sense to put forth the "Oswald did it" truth when discussing the murders of both President John F. Kennedy and Dallas police officer J.D. Tippit.

I like what they say about David Von Pein at the end of the broadcast [embedded above]. They wanted him on their show and David said, "I'm not important enough..." A very humble man who knows a TON about the assassination and probably has the best collection of material on the assassination in the world. It's incredible! Yet, he is not seeking self-glorification or celebrity status. I consider David an historian when it comes to the Kennedy assassination. I consider others, like Jim DiEugenio, a quack who is looking to make a few bucks off the case and is willing to be on any radio or tv program so he can hear himself talk his nonsense.

Thank you very much, David.

DVP NOTES REGARDING THE ABOVE PROGRAM ---

I loved the Posner/Waldron radio debate. The best "LOL" moment was when Gerald talked about how the Queens College acoustics experts found "subsonic spikes" on the Dictabelt recording. It's just the way Posner says "subsonic spikes" that tickled my ribs.

And here's a piece of advice for Gerald Posner --- The next time some conspiracy buff brings up the "gaping" nature of JFK's trach wound, show them the video on this webpage of Dr. Robert McClelland saying on PBS-TV in 1988 that the trach incision in the autopsy pictures looks "exactly the same size and the same configuration" as it was when he saw it at Parkland. Maybe that will make Waldron flinch a little bit.

And even though I think Dr. McClelland is as kooky as a 9-dollar bill with regard to his comments concerning the location of JFK's large head wound, I certainly don't have any reason to think he's kooky about his comments regarding the trach wound -- and that's because I don't believe for a single second that anybody "altered" any of JFK's wounds between Parkland and Bethesda. 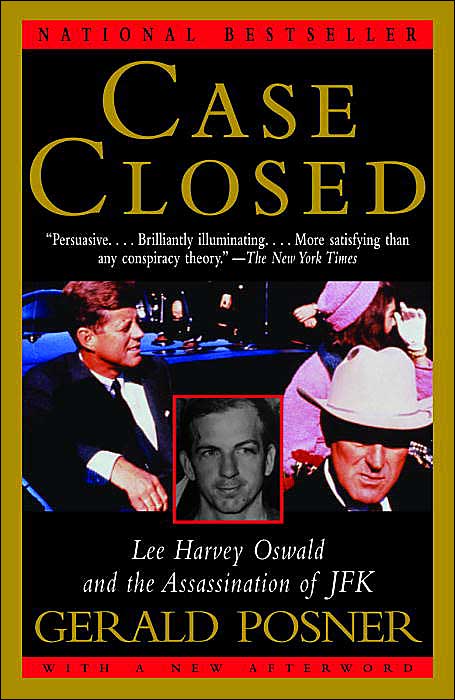 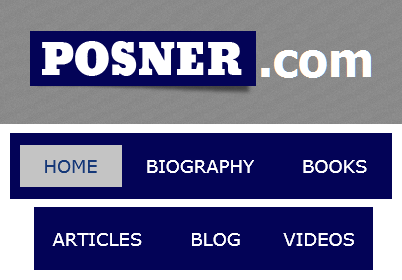