And I should take the word of Dr. Robert Caprio over the word of a
qualified Professor of Chemistry (Dr. Vincent Guinn) and the various
other experts in the field of bullet-lead analysis and identification,
right?

(Somebody break out those LOL icons once more.)


>>> "Also, your experts couldn't say the fragments came from the same bullet, so which bullet left them, if the head shot didn't leave both?" <<<

You were talking about the "front-seat" fragments above, weren't you?
(Sometimes it's hard to read Kook Talk, but I think you were referring
to CE567/569 here.)

Anyway, only a total fool/idiot/moron who has looked at the SUM TOTAL
of the bullet evidence that was recovered in this murder case could
possibly think the CE567 and CE569 had come from TWO separate bullets
fired from Mannlicher-Carcano Rifle C2766.

Both fragments in question were positively linked to Oswald's C2766 rifle,
and there was no overlapping sections on the fragments that would
indicate they were from two different missiles.

Plus: One was a base of a bullet; while the other was just the
opposite--the nose portion of a bullet fired from rifle C2766.

And, when that TOTALITY of evidence is assessed and evaluated
(including the high likelihood that John Connally was struck by just
ONE single bullet, with that one bullet positively being CE399, due to
the location where that missile was found within Parkland Hospital),
then it becomes obvious that THE ONLY THING that could have possibly
caused the fragmentation of the C2766 bullet which deposited CE567 and
CE569 in the front seat of the limousine was JOHN F. KENNEDY'S HEAD.

Plus: We also know with 100% certainty that JFK was hit in the head by
ONLY ONE BULLET, and that bullet was fired from BEHIND the President's
car. That fact also perfectly corresponds with the bullet evidence
found in the front seat (CE567/569)...with those fragments ending up
to the FRONT of Kennedy's position, perfectly consistent with the head-
shot bullet travelling in a REAR-to-FRONT manner.

Plus: There are the TWO damaged areas to the limo itself -- the chrome
dent and the windshield crack....which is a perfect match for the two
bullet fragments that ended up in the front part of the car.

Every single thing fits perfectly in a "Lone Assassin/C2766" fashion.

But, naturally, the Kook Brigade must ignore the above common-sense
observations regarding the sum total of the bullet evidence, in order
to posit their make-believe theories about JFK being hit in the head
from the front.

BTW, any idea why that bullet from your make-believe Grassy Knoll
gunman didn't do any damage whatsoever to the LEFT hemisphere of
President Kennedy's cranium? Doesn't that little snafu seem the
SLIGHTEST bit odd to the "Badge Man Shot JFK From The Knoll" kooks? If
not....why not? 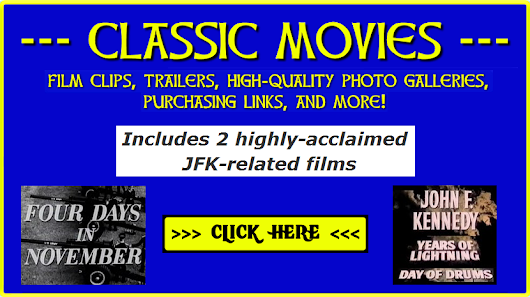