Dave, have you published your thoughts about the "second Oswald"
sightings (e.g., Sylvia Odio, Mexico, firing range in Dallas, auto
dealership in Dallas, etc.) prior to the JFK assassination?

What significance do you think they have? Do they suggest some govt.
involvement in some sort of plot or plan -- not necessarily the JFK
assassination but perhaps some other significance?

I am interested in your thoughts about this issue.

As you undoubtedly know, many times after a high-profile murder occurs
there are people who crawl out of the woodwork with stories of various
"sightings" of the killer, most of whom only saw someone who resembled
the murderer. And this could easily be the case with many of the
Oswald sightings, since LHO had fairly "average" looks and physical
features.

The Oswald sightings before the assassination do not indicate a
Government plot of some kind, nor do any of them even make any
cohesive SENSE at all, in my opinion. Take the "car lot" sighting of
Oswald, for example.

The conspiracy kooks want us to believe that somebody was
impersonating LHO at some car dealership a few weeks before November
22, and that this "other Oswald" tipped his hand and told Albert Bogard
that he would be coming into some money in about three weeks.

Now, I ask: Why would any conspirators who were in the process of
trying to frame Oswald have any desire to ADVERTISE THEIR PLOT three
weeks in advance (even in a subtle manner, like this car dealership
example)? It's just silly.

And I think the same type of reasoning applies to the Dial Ryder
incident at the Irving Sports Shop, where Oswald (or an "imposter")
supposedly wanted a scope mounted on a gun that conspiracy theorists
say wasn't Oswald's Mannlicher-Carcano at all (which, indeed, it
almost certainly wasn't, since the scope had already been mounted on
the rifle Oswald purchased from Klein's by mail order in March '63).
But for what logical reason would some plotters want to do this and
possibly blow a portion of the murder plan if they were to be exposed
after the assassination?

Apparently the planting of all the physical evidence at the murder
scene on November 22nd to implicate poor sap Lee Oswald (which is,
indeed, what many conspiracy theorists think occurred) wasn't nearly
enough for these gung-ho patsy framers. They wanted to run the risk of
exposure by having imposter Oswalds pop up all over the place in the
weeks and months prior to the assassination of the President.

The Garland Slack/rifle range incident and the Sylvia Odio incident
are not quite as easy to dismiss, however. I think it's quite possible
that Oswald was at Odio's door on 9/25/63, although there's other
evidence to indicate he wasn't there, such as the tight timeline for
his being able to catch the various busses to Mexico and a phone call
he made to Horace Twiford that same night (probably from New Orleans
or Houston), which suggests he might not have been able to physically
be present at Odio's home at the time in question.

But Odio and her sister are two good reasons to consider the possibility
of Oswald actually having been at Odio's door that September night.
Their stories corroborate each other nicely. And the fact that Sylvia Odio
remembered the American being introduced to her as a man named
"Oswald" is another thing that leads toward him being there.

But even if Oswald was at Odio's, it wouldn't be totally out of character
for LHO to be seen in the company of anti-Castro Cubans. He pulled
the same trick in New Orleans just one month earlier, in August '63,
when he went into Carlos Bringuier's clothing store, with Bringuier being
under the distinct impression that LHO was ANTI-Castro (when, in fact,
he certainly wasn't).

It was probably part of a game Oswald was playing that summer to
garner more attention (and sympathy from some quarters) for his one-
man FPCC chapter in New Orleans.

As for Mexico City, it couldn't be more obvious that the real Lee
Harvey Oswald travelled to Mexico City in late September of 1963. The
proof of that trip is several layers deep, starting with Oswald's very
own handwriting on the Mexico City hotel's register [as seen in Warren
Commission Exhibit No. 2480, line 18].

Plus, there's Marina Oswald's testimony regarding the Mexico excursion,
plus the visa application with Oswald's own PICTURE and SIGNATURE on
it [CE2564], plus another document with Oswald's own signature on it--
a letter he wrote to complain about his treatment while in Mexico [CE15],
plus the various witnesses who saw and spoke to Lee Oswald while on
the busses he took to and from Mexico City.

So, since we know beyond ALL doubt that the real Lee Harvey Oswald
went to Mexico City in late 1963, the question must then be asked: Why
would somebody ALSO be impersonating Oswald in Mexico AT THE SAME
TIME? Vince Bugliosi has a few (humorous) thoughts on that silly
theory:

"It's always assumed, of course, that the imposter would impersonate Oswald [in Mexico City] without his knowledge, that he would be someone Oswald did not know. But [HSCA investigator Edwin] Lopez raises the possibility--are you seated?--that maybe the impersonator was "one of his [Oswald's] companions" in Mexico City. To think that our tax money went into the preparation of the Lopez Report. ....

"Shouldn't an impersonator at least resemble the man he's standing in for? .... The conspiracy theorists are so unhinged that they believe Oswald's framers would use an impersonator who looks as much like Oswald as Danny DeVito does." -- Vincent T. Bugliosi

Vincent's last comment above was referring to these pictures of the so-called
"Oswald imposter": 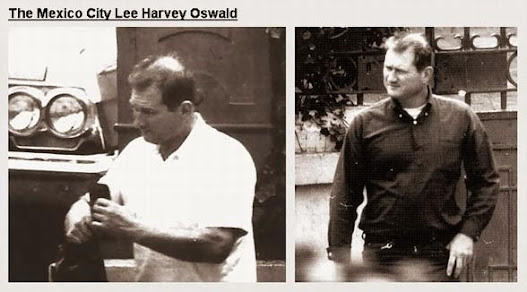 Jean Davison does a terrific job of dissecting and analyzing this strange
bird known as Lee Harvey Oswald in her 1983 book "OSWALD'S GAME".

And Vincent Bugliosi also has an excellent biography of Oswald in his
2007 book "RECLAIMING HISTORY". 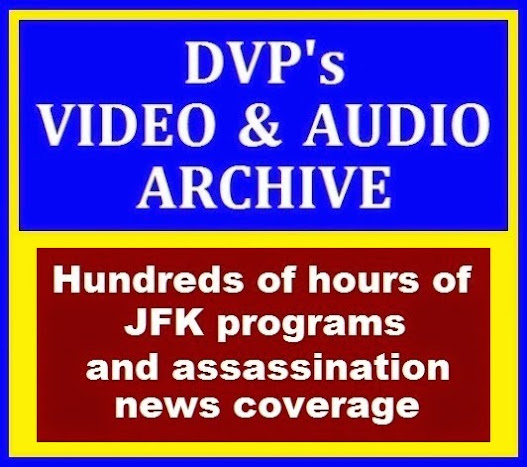